How well engaged and involved patients are w... - Vasculitis UK 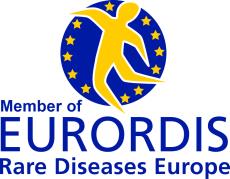 Vasculitis UK are now members of Eurordis , (European Rare Disease Organisation) and we are supporting this survey "How well patients are involved in their health care" Eurordis are conducting this internet-based survey in an effort to better understand how well you were/are engaged in medical care, including your relationship with your health care provider, your understanding of the therapy (its efficacy, possible difficulties, benefits as you see them), reasons why you agreed to take this therapy, as well as if you were satisfied with the information you were given. This study is an effort to understand your role as a patient in the decision making process around your treatments. Please follow this link for more details and further instructions.

Any feed back from this survey will be passed onto Eurordis

From the beginning when I was first diagnosed with vasculitis the consultants and I agreed that the best way forward was firstly to deal with the disease and its symptoms medically but also to apply an holistic approach in maintaining and gaining remission.

So the team building began. Obviously I was the main member but all the consultants involved, the blood monitoring team, TVNs, pharmacist and my GPs were very helpful in this respect. One point though was that although the GPs had heard of vasculitis they had very little knowledge of the disease. I was able to assist them in this by providing them with the Routemap to Vasculitis booklet from VasculitisUK. It is now part of their reference library at the surgery.

With the ulcers on my legs in 2012 we had tried many dressings with little effect until I suggested that we try using an alginate dressing. This was a miracle in that the ulcers healed in six months as opposed to the eighteen months to two years the tissue viability clinicians were predicting.

Today, four years on, we still discuss together medicines and dosages and are steadlily but surely reducing the need for them. For me it has been a very steep learning curve.

All in all I have had a very good relationship with all the medical staff involved.

Incidentally Sue, I have a set of photographs of the ulcers in question from when they first appeared to when they healed. I know that you asked for photos recently and if you are still interested I can forward you them.

information about you and your conditions, or the conditions of the person you care for. If you...

I am seeking help from vasculitis patients

3)If you worked before your illness, how were you affected and what happened. Did...

How many years have you got vasculitis?

many years you have been diagnosed with Vasculitis, what kind of vasculitis you have and your...

Your help is needed - COVID19

proportion of patients can become quite ill. At this time, little is known about how patients with...

Please read the leaflet and then do the survey

that have vasculitis is steroids (prednisolone).

Vasculitis UK and other patient organisations...