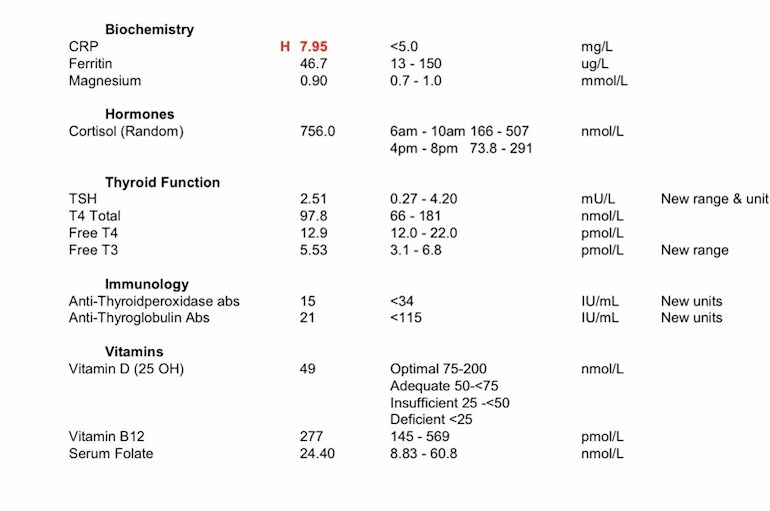 Sorry, it’s still the ongoing saga of possible central hypothyroidism which my GP says is impossible from the blood tests they did back in July where they only tested my TSH which was 1.72.

These are my latest ones from today. The only improvement I can see is my ferritin is up from 13 to 46.7! Still on no medication and the bloods were done at 8am with only water beforehand.

What on earth is wrong with me? 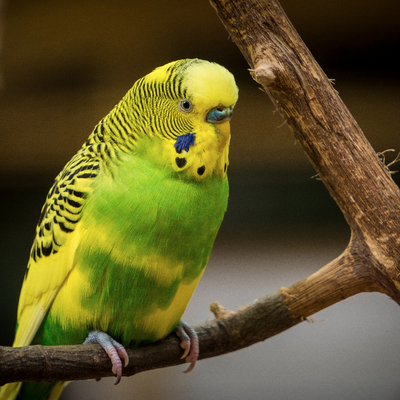 kb53
To view profiles and participate in discussions please or .
Read more about...
22 Replies
•

Are you vegetarian or vegan?

B12 and folate are very low

Ferritin improving but still too low

Are you currently taking any vitamin D ?

kb53 in reply to SlowDragon

I’ll admit to not having the best diet I’m the world but I’m not veggie or vegan.

My GP really isn’t interested. Because most of my results are ‘in range’ she has refused to carry out any more tests or see me face to face.

I’m supplementing with Ferrograd which is one of the few iron supplements I can tolerate. Not taking anything else.

I’m happy to pay for a private consultation if necessary but I don’t know if I need to or even what specialism I need to make an appointment with.

possible central hypothyroidism which my GP says is impossible from the blood tests they did back in July where they only tested my TSH which was 1.72.

What is the reason your GP say Central Hypothyroidism is impossible if all they tested was TSH which came back at 1.72? That does not exclude Central Hypo.

Did you give your GP the information about Central Hypo, I gave you links to credible articles in reply to a previous post:

These clearly explain that it's the FT4 result which suggests Central Hypo, not the TSH result.

I wish I knew! I tried to question why she thought it wasn’t an option but her reply was it is extremely rare and as my FT4 was in range - only by 8% - then it couldn’t be that.

It’s impossible to get a face to face appointment so any evidence has to be emailed over in advance but is generally then ignored.

You said she only tested TSH, which came back at 1.72, when she said it couldn't be Central Hypo.

Sorry SusieI had a private blood test done when I realised the GP one only covered TSH. That came back as 12.8pmol/L - bottom of the range was 12.

Yes, but you said

GP says is impossible from the blood tests they did back in July where they only tested my TSH which was 1.72.

So did she say that based on that test when only TSH was done or the private test when FT4 and TSH were included?

I doesn't matter that it's rare, it exists and however rare it may or may not be some people do have the condition.

bestpractice.bmj.com/topics... - this link says "low" not "below range":

The diagnosis is suspected by the finding of low FT4

endocrinologyadvisor.com/ho... - this link says "low" not "below range":

If you want to get anywhere you have to put up a fight and provide evidence, maybe you need to find a better GP, one that will listen and discuss.

It’s a long, confusing story unfortunately. I had private blood tests done early July which showed a low in range TSH and below range FT4. Called my GP to discuss who then wanted her own blood tests carried out. These were done late July. For some reason they only included TSH which was 1.72 at the time and they were all classed as ‘satisfactory - no further action’.

I have access to my records on line so decided before talking to her again to do another private test just in case which gave the FT4 result of 12.8. When I had this, I called my GP again and that was when she made the comment.

Sadly it’s not possible to change GP. There aren’t any in the area taking new patients.

Does your GP know about the test that showed the below range FT4, that's more evidence for you.

Yes she does. That’s what prompted her to do her own blood tests but they only tested TSH. I feel like I’m going around in circles with her.

It’s clear your GP isn’t interested in managing your health and trying to get to the bottom of what’s causing you to feel unwell. Most of us on here have realised we need to do that for ourselves. It’s daunting not relying on a GP but at least you have the sage advice of experienced forum members here. Having said that Central Hypothyroidism is rare so you’re going to have to do a bit of legwork and find the latest research and thinking on it.

Probably time for you to see a decent endocrinologist for another opinion. This forum has a list they can share with you.

However you might first want to get your diet and vitamin levels in order. You can pay throw the nose to see experts but actually your diet if not optimal is going to undermine anything else you do.

Isabella Wintz’s website is excellent for dietary advice. A good starting point would be to try her protocol which starts off by excluding gluten and dairy I think. It’s good for a whole host of autoimmune conditions.

kb53 in reply to janeroar

That’s pretty much what I’ve decided to do so I’m going to spend the next few months overhauling my diet and taking some supplements before testing again in the Spring. If I still feel rotten then at least I can take thing further knowing I’ve done all I can to help myself.

Central hypothyroidism cannot be diagnosed by TSH alone. It needs fT4 and fT3 levels to be tested at the same time as well.

Hedgeree in reply to BB001

Yes I've had a normal TSH and a below range FT4 for many months now but the NHS lab doesn't measure the FT3 and has never done with any of my samples. But they do always test TSH and FT4.

radd in reply to Hedgeree

It might work in your favour that FT3 hasn’t been tested because an isolated FT3 reading of 65.68% through range would indicate euythyroidism and your GP might really think you are wasting her time. FT3 often gets up-regulated to protect well-being when the body is struggling to maintain good thyroid hormone levels.

We should expect to see TSH higher on these FT4 results and I think this is more indicative of an actual problem as opposed to just iron or nutrient depletion, and Central Hypothyroidism shouldn’t be wholly ruled out as TSH should inversely correlate with FT4 but it has risen since your first posting and is now over half way through range. It is most likely being dictated by the good FT3 level so doesn't become higher.

I have read of your exact results (high FT3, low FT4 & low TSH) in Datis Kharrizan articles who points it toward decreased levels of TBG which leaves too much ‘free’ thyroid hormone so TSH remains low, (TBG is a transport protein). Too much 'free' does not make us feel better as encourages receptor-site resistance so normal/high T3 levels do not bring well-being, ie only adequate thyroid hormone levels with the corresponding appropriate amounts of TBG brings us well-being.

Decreased TBG is caused by high testosterone in both men & women, and more commonly high oestrogen in women but also commonly associated with PCOS and insulin resistance. Are you peri-menopausal? Do you have any blood glucose issues?

You don't have elevated thyroid antibodies indicating autoimmune disease and so I think you need to see an endocrinologist to work this one out.

It may be if the above are the causes of your 'hypothyroidism' then treating the cause will allow good levels of both FT4 & FT3 & the correlating TSH, and you don't need any thyroid hormone replacement in which case your GP will have done you a favour in not prescribing it . ThyroidUK have a list of endos that members have had good experiences with.

Hedgeree in reply to radd

Hi radd, I think your reply was for kb53 I'll be posting my recent results later today so it would be much appreciated if you're able to comment on them.

radd in reply to Hedgeree

Gosh yes Hedgeree, I am sorry 😬

Low TSH, low Ft4, high FT3 ... been contemplating these unusual results all night 🤣. I will edit the name in my reply above.

bookish in reply to radd

Thank you for the reminder - I'll be going back to read my Datis Kharrazian again. Best wishes

kb53 in reply to radd

Thank you for your very detailed reply. Post menopausal on very low dose HRT at the moment. No blood glucose issues as far as I’m aware. I’ll get a list of recommended Endos and try and work out what in earth is going on!

Thank you. I know, it’s so frustrating. Think I can count on one hand the number of NHS articles I’ve seen that even mention central hypothyroidism!

Hi, Just wondering was the above in red CRP c reactive protein addressed at all by your GP? Low iron stores, ferritin and inflammatory marker (c reactive being raised) that should/could be looked into?

I am only commenting as I dont believe anyone else did yet I see it on your results.

kb53 in reply to HellyLlewelly

Hello, thank you for replying.I only had these results back on Friday afternoon so haven’t yet sent a copy to my GP. As far as I’m aware I don’t have any inflammatory conditions so am really not sure why that particular test has come back red. I’ll email them over on Monday and attempt to get an appointment to discuss. She’s quite dismissive of non NHS blood tests though!

t3 about 3 months ago after my previous blood test but it still looks high. Should I reduce it by a...

I've had a test of thyroid function/antibodies from Medichecks. I stopped all vitamins for a week...