What does undetectable TSH mean? : I had blood... - Thyroid UK

I had blood tests a few months back and my TSH was <0.01. T3 was slightly above range and T4 was in range. GP asked for advice from an Endo Consultant and I was put on 5mg of Carbimazole. My last bloods showed TSH of 0.02 so that is rising but T3 is now near the lower end of normal and my T4 has reduced too. I am so confused by it all. Cortisol was a bit low, tested negative for coeliac and got antibodies for one of the blood tests. Don’t know what to make of it all but I am concerned that my T3 will go below range. It was suggested in the beginning I was Subclinical Hyperthyroid but I have no idea now? 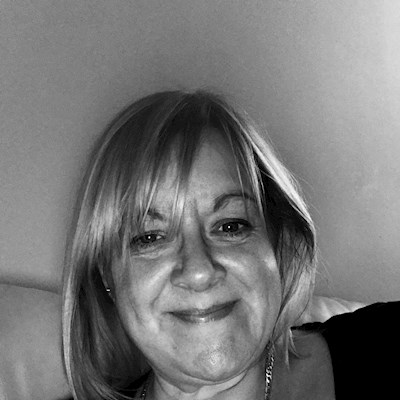 Bubba28
To view profiles and participate in discussions please or .
Read more about...
12 Replies
•

What does undetectable TSH mean?

My understanding is that it means that your result is lower than the machine processing your test can measure. So when your TSH came back as <0.01 the machine can only test as low as 0.01

Machines are calibrated differently, depending on whether my test is done with my GP or one or other private lab my results have come back as

Sometimes I do get a proper measure but my TSH is always suppressed.

Bubba28 in reply to SeasideSusie

Hi, sorry what I meant was does this mean I am Hyperthyroid, Hypothyroid, subclinical? I just don’t understand what the results all mean and I am concerned T3 and T4 are dropping quite fast but thanks for your reply x

SeasideSusieAdministrator in reply to Bubba28

Not obviously hyperthyroid with FT4 and FT3 low in range.

Bubba28 in reply to SeasideSusie

Ok thank you. T3 was above range originally but T4 was already in range. TSH been suppressed continually though xx

So the labs never record ‘undetectable’; they record the lowest number on the range? So one person might be genuinely 0.01 but another, much lower, but both will have the same result?

No - they use the less than symbol "<" if it is undetectable.

<0.01 means the level was below the lowest reliable detection limit of the test being done. Which means they cannot reliably distinguish between 0.01 and 0.009 or 0.001, or any other number including zero.

Bearo in reply to helvella

Thanks, I failed to notice the <.

Which is very easily done!

So the labs never record ‘undetectable’; they record the lowest number on the range? So one person might be genuinely 0.01 but another, much lower, but both will have the same result?

I'm not a lab technician and this is what I have surmised after over 20 years of keeping a record of my results:

If your result is lower than the machine can measure, they can't give you a number so they record it as <X.XX - note the symbol "<" which means less than. They don't give the result as the actual lowest the lab measures because that wouldn't be accurate, they show is as "less than" by using the symbol "<". So it wouldn't be the same as someone who actually does have a result of 0.01

I have given examples of the lowest that can be measured by the 3 labs where my tests have been done before in my post above, ie

I have never had the word "undetectable" used in my lab reports, it's always shown as above.

Sub clinical because your FT3 was over range (slightly) but your FT4 was euthyroid, Usually subclinical is Doctor speak for you likely have symptoms but it’s not at a level necessitating treatment yet. (the same applies to low hypo level that aren’t severely enough low).

I had similar results 7 years ago. I should have been monitored but it wasn’t picked up. A further 4 years past before it was retested my FT4 was slightly above range & FT3 nearly double range. So It can take years to rise (I have a toxic nodule, not Graves)

I think your dr has seen your suppressed TSH, concluded you are hyperthyroid and began treatment.

They have started you on a minimal dose, 5mg is viewed as the lowest dose (lowest manufactured) but a more appropriate approach might have been to determined the cause of your hyper and monitor your levels a little longer.

Your previous post says your Thyroid peroxidase 11.2 (0.0 to 34.0) are negative level & TSI was raised? Which is in keeping with Graves. What were exact TSI results. Could you have TGab & Trab tested?

If your current FT4 & FT3 are too low you need to reduce the carbimazole dose to allow the thyroid levels to rise. Either take in alternate days or invest in a pill cutter & take half or three quarters. Currently I cut a 10mg into 1\2 & 1\4 to take 7.5mg per day (as an example) might be tricker with a tiny 5mg pill.

Being too high or allowing levels to fall too low is to be avoided. Adjust dose by FT4 & FT3 not the TSH which can remain undetectable or suppressed & discordant to your thyroid levels. In technical terms this is referred to as hypothalamus–pituitary–thyroid (HPT) axis downregulation. I’ve been euthyroid on carbimazole for over 2 years my TSH has remained suppressed the entire time.

Thank you so much for that explanation. I haven’t got the TSI results with me at the moment. The consultants secretary is going to refer the matter to him but in the meantime suggested I speak to the GP. I contacted the surgery and got a telephone appointment 20 August!! Seeing Consultant end of July so think I will half the dose. It is quite worrying and confusing xx

Suppressed TSH- what does it mean?

exactly but last week - a few days before my blood tests i started getting crazy palpitations...

thyroid result came in at TSH 1.71 back in January and the doctor said I was in range & to retest...

could anyone help me with what 'TSH - on T4 (TFTR)' means? I know that TSH stands for Thyroid...

My thyroxine levels are within the normal range, but my TSH level is steadily increasing. It...

Hi, I’ve had a private blood test done, just got the results today. Extensive googling tells me that

Levo over to Metavive comments pls