Have any of you had loved ones try to talk you ... - Thyroid UK

My partner's mother and aunt have been in his ear about levothyroxine and he's driving me nuts.

His flipping mother got put on it when she was asymptomatic and now she bemoans the fact she's "dependent" on it and that you can't come off it once you're on.

I've tried explaining to him calmly that you're only dependent on it if you need it, but that didn't work. He started going on about me healing my thyroid naturally and I explained that if I did somehow manage that, it would show in my bloodwork and my dose would be gradually decreased to nothing. That just made him more annoyed that I'd started the meds before I'd tried.

He's promised twice not to bring it up again and then sees his mother or aunt and starts trying to convince me all over again.

I know it's out of genuine concern for my health but he needs to shut up and realise:

B) I've made my decision so all he's doing is stressing me out and putting a 12 year relationship in jeopardy over 25mcg of medication that I NEED.

Ugh. Anyway, I'm sure I'm far from the only one who's had to deal with this. How did you cope with it? Anyone still going through this? 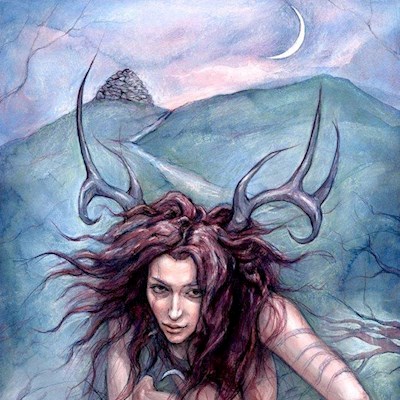 ScarletWoodland
To view profiles and participate in discussions please or .
Read more about...
7 Replies
•

I'd use the insulin comparison, i.e., "you wouldn't tell a diabetic to give up their insulin, why are you asking me to give up something as necessary to my health and well being?". As for his mother's "dependence", this isn't heroin we are talking about. As for natural cures, I think of those in terms of supportive care - for example, I find I feel better with low carbs and those I do eat are complex (it helps that I am allergic to wheat). Your mileage, and that of others, may vary. Good luck.

My thoughts exactly. I'm sure I can help support my thyroid and T4 - FT3 conversion with dietary changes (gluten for me too) and supplements, but cmon son. It's not going to reverse the damage when I've been symptomatic for 10+ years.

I'll definitely try the comparison angle thank you ☺. If I had pernicious anemia he wouldn't be telling me not to get B12 shots!

Let his mother lead the way .... I thought not

I would be finding loads of scientific evidence and very long winded reading that says the thyroid can not regrow once damaged and that replacement is needed. Leaving them by his bed side table and telling them to read them all cover-cover otherwise don't mention it again.

I would also be finding things that show how each thyroid patient experiences different symptoms and varying severity of each so to stop comparing me to anybody else and just support me.

My OH sister has it but she's stick thin, very highly strung and doesn't suffer fatigue and I find that very hard. My dad is also still slim and doesn't really suffer fatigue but gets lots of joint paint. I've put on loads of weight and always napping. His family think I'm lazy and stuck up because I'm quiet. I just haven't got the energy and they're always drunk. His family are very judgemental and bitchy (especially about people's appearance) and I absolutely dread seeing them. Probably more so because I only see them like once a year so the changes they see are more drastic. But I'm lucky my OH is supportive and knows what they're like.

At one point he was trying too hard and listening to loads of podcasts then telling me to do things like try keto and increase my exercise which I found really annoying. I really had to make him understand that kind of thing were for people who were well treated not just diagnosed. But then others he listened to backed up what I was saying and recommending things I was already doing like gluten free so I think at that point he thought she knows what she's doing, saw that I was trying and didn't have to get too involved anymore other than when I need him.

But I still wouldn't say he's perfect. He finds it hard being full of energy and wanting to do loads of activities and fill the weekends but I need rest. He sometimes thinks I'm boring and don't want to do anything then I get fed up when he's off doing things with his friends. But we have to understand it's hard for them too. He says he sometimes forgets it's not that I don't want to do it and has to give himself a good talking to lol. Good luck x

That's a really good idea. Will get together a stack of medical research for him. Maybe open a new window on the laptop, fill it with tabs and say read all of these and get back to me. Can't say he doesn't have time when he's already sat in front of the thing all eve 😁.

It really does affect us all differently. My dad doesn't get fatigue at all, like your fam. Would love to know the secret of that witchcraft!

Have a similar prob to you with his family. Can get along fine when I do see them (thankfully) but they do "talk" about me a lot when I'm not there. None of them get that my days off are the only thing that keeps me functioning. So no, I can't just blow my entire month's worth of disposable income to travel 200 miles for a barbecue, when it'll leave me too exhausted to work the next week. Complaining about it makes me even less inclined to go.

You're right, he is trying, and was being genuinely helpful till two rounds with the fam. Maybe I should have gone with him to see them the other day, to present the opposing viewpoint, but was honestly concerned I might strangle somone. Lol

Haha that sounds very familiar! But they sit talking about me across the table then have some sly digs to my face haha. Well his mother and her friends any way. Have the decency to wait till I'm gone like the rest of us lol! X

Progress 😀. Was staring deep into a puddle of my shed hair yesterday eve and he comforted me that the pills would help eventually. Was very sweet.

Also PROGRESS! Noticed something big this morning. I've been having to wear rings 3-4 sizes bigger the last couple years because my hands swelled up so much, and this morning they felt different. I tried some rings on to check and I'm back in my little rings! In a heatwave at that.

It's a tiny thing in the scheme of symptoms but I'm so happy. Just 4 days at a miniscule dose too 😊.

Has anyone any experience taking Propranolol with thyroid meds?

thyroxine blocker. I was put onto it when I was hyper to get rid of tremor. I'd been taking it for...

Any Ideas on my thyroid meds?

In terms of option A, I'd need to use a new lab as it would be my first...

Thyroid meds are making my main symptom of muscle aches worse. Any ideas why please? Thank you.

levo, and alternatives would need to be considered. I asked at the time about T3, but of course was...

How good is Erfa? Would love to hear you if you take it?