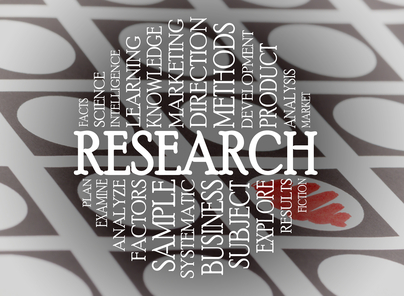 Current research is helping to solve this problem. A new study has conducted detailed clinical investigations with added computer simulation, suggesting that today’s diagnostic practice may significantly contribute to poor quality of life in patients with hypothyroidism.

According to current guidelines, functional thyroid disorders are mainly assessed by means of the TSH test. Since TSH and the thyroid hormones triiodothyronine (T3) and thyroxine (T4) are closely interconnected, the supply of thyroid hormones may be better assessed by measuring all three levels. This also applies to assessing the dose for patients receiving levothyroxine. For cost efficiency it has repeatedly been suggested to measure TSH only. This practice may have severely adverse consequences for the achievement of health.

The study included more than 230 patients with different thyroid disorders and a similar sized group of thyroid-healthy people. In this collective group they repeatedly measured thyroid hormones and related the clinical findings with a mathematical approach. The results showed that the relationship between the hormones FT4 and TSH is more complicated than previously thought. Apart from the FT4 concentration, TSH levels also depend essentially on the set point of thyroid homeostasis (the point at which the various hormones act together for optimum patient outcome).

This observation was confirmed by computer simulation demonstrating that the set point can be modified by multiple variables. Based on these results the working group developed a theory of adaptive set points for a wide range of circumstances.

This study has profound implications for the future care of thyroid patients. It demonstrates that the TSH-only-centred approach commonly used in thyroid diagnostics may be ill-suited for a substantial portion of hypothyroid patients.

The current TSH-only paradigm has been adopted because of its perceived simplicity combined with the advantage of low diagnostic costs. However, the studies have shown that TSH concentrations do not accurately reflect the necessity of achieving adequate thyroid hormone levels for an acceptable quality of life. TSH measurement may be sufficient for screening of asymptomatic people but in patients who have hypothyroid or hyperthyroid symptoms, measurement of FT4 and FT3 appears to be better. This also applies to optimising therapy with levothyroxine.

Precise evaluation of thyroid function must address the complex interrelationships of the whole interactive system. Mathematical methods and computer simulations can aid in assessing the quality of laboratory methods and in increasing the discriminatory power of diagnostics. 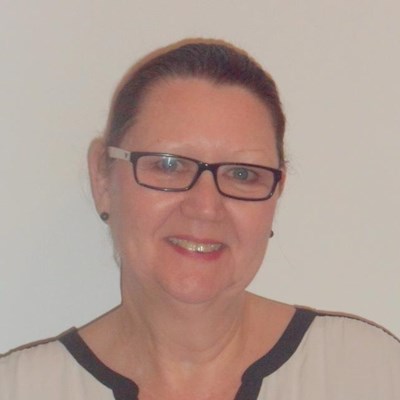 lynmynott
Partner
To view profiles and participate in discussions please or .
Read more about...
16 Replies
•

Marvellous, and thanks to whoever explained it in plain English.

I've just responded to a member who's been told by doctors that "the frees are 'dangerous, unreliable' tests to get" so below range FT4 and bottom range FT3 are being ignored.

diogenes in reply to Clutter

One really has to wonder how supposedly intelligent people can spout such nonsense. The TSH-is-all belief seems to have rotted brains and sensible diagnostic interpretation.

Clutter in reply to diogenes

This particular member is being very ill served. Endo said TRH indicated possible hypothalmic dysfunction and then said "but it's probably not that" and discharged the member without treatment or further investigation.

I think financial and budgetary considerations are driving care and compassion out of medicince.

humanbean in reply to diogenes

and the author's treatment has been shocking.

Thanks for posting. I hope doctors take notice as they are forever adjusting dose to try to 'fit' into a range.

Will uk endos listen to this? It's been suggested that from the time new research come out until it is implemented by front line Dr's takes 17 years!

helvellaAdministrator in reply to amala57

Take heart - the idea of taking levothyroxine at bed-time managed to get from published paper to being accepted (or even suggested) by at least some ordinary endos in well under 17 years.

Probably take at least another 17 years before it gets written into Patient Information Leaflets.

I have a suspicion that the 17 years, while based on some reality, is being short-circuited by patients who make sure doctors are made aware. As in horses, water and drink, that doesn't necessarily ensure that they understand and take it onboard, but the information is being passed on slowly.

RedAppleAdministrator in reply to helvella

Or maybe it'll just get dismissed as 'fake news'

Thank-you for this research. I get very frustrated that endocrinologists treat the three hormones as independant when they are closely interrelated. It would be most interesting to have an analysis of how TSH affects fT3 as my belief is that TSH promotes type-2 deiodinase (D2). Thus, an abnormally low TSH will not only lead to low fT4 but also low fT3 - low tissue T3 as D2 is responsible for local T3 regulation, especially in the brain.

In August I submitted a Freedom of Information request to my local hospital group (NW London) regarding the cost of TFT assays (excluding the cost of taking blood and review by GP). The TSH assay costs 90p and fT3 and fT4 assays are 92p each. So the net cost saving of not reporting fT3 and fT4 is £1-84.

diogenes in reply to jimh111

Have a look at these easily available MS's,

. The discovery we made was that there is a relationship between TSH and T3 that we call the feedforward T3-TSH shunt. That is that lack of T3 promotes the TSH respomse to activate the deiodinases to convert more T4 to T3. This is why in hypothyroidism, FT3 is maintained as far as possible given a failing thyroid gland.

Parbrook in reply to diogenes

Interesting but, I suspect, not universal.

On Levothyroxine only, neither my wife's nor my FT3 moved from the low (or below) end of the reference range, whereas increasing Levothyroxine did result in an increase in FT3, although not above mid-range.

However, over-range FT4 coupled with below range TSH resulted in a reduction in Levothyroxine dose, so FT3 goes down again.

diogenes in reply to Parbrook

Yes a clear situation. 1) a rather poor T4-T3 converter on T4 only. 2) Increasing T4 to try to improve the T3 only resulted in an inhibition of the deiodinases, resulting in lowered FT3 and increased rT3. A wellknown phenomenon.

jimh111 in reply to diogenes

Thanks, I haven't read the paper yet. I'm building up to it as your papers are always challenging! To paraphrase Richard Feynman if nature is complicated that's tough.

diogenes in reply to jimh111

It's had 4.5 billion years to get like this, so no wonder! As in computing, you start with a basic programme; you get so far and then want to improve. You can't solve that by going back and starting all over again; things have gone too far. As for life its patches,(compromises) all the way - not the optimal but the best, given the basics you have to work on. All life is a suboptimal compromise and thyroid development is no different. That's why the endpoint is so complicated.

surpressed tsh does anyone experience a raise in TSH when stopping liothyronine? Or Levothyroxine?...

someone please explain to me the result of my thyroid function test and also why it says from the...