Appointment with endo : Hi Last week I had an... - Thyroid UK

Hi Last week I had an appointment with my endo. It was a good appointment as she listenened to what I said and fully accepted that T3 was very helpful for me .

I explained before and after symptoms which she agreed were worth using the lio for.

She explained about the massive cost and that she would be unable to prescribe as NHS had ‘red flagged’ it. However told me where I could obtain without script, and that she will write to my GP to support his willingness to follow up and test FT3 etc.

I have already been using it anyway so I’m used to that.

BUT, she is involved in research at the teaching hospital and said that when they test T3 on animals it shows no effect !! and a doctor she respects very much in the field of endocrinology thinks that there is no more than 5% of patients who can’t manage on T4 alone.

Wondered what anyone’s thoughts were on this. 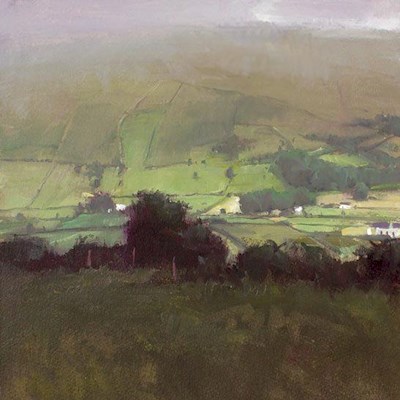 Gcart
To view profiles and participate in discussions please or .
Read more about...
11 Replies
•

They probably don't give the animals enough to have any effect! They seem to think that just the fact of taking it should change things, they don't seem to realise that you have to take the right amount. And that's where most trials fall down.

I have read that different animals need different amounts of thyroid hormone. They aren't all the same as humans.

Dogs, for example, need far higher doses of levo than humans - 800mcg per day is not unusual.

Imagine a researcher giving a dog 5mcg T3 per day in addition to Levo. It would be a drop in the ocean! And I bet they probably dropped Levo dose by 100mcg before adding the T3, thus making the whole experiment even more pointless.

Send your endo this

You have recognised clinical need

I suggest you right to your MP

I think it's BS, not that I believe it. Human beings are animals and when we take Liothyronine (T3) it raises our FT3. That's an effect!

If Liothyronine has no effect ask her why it is prescribed to thyCa patients in between thyroidectomy and RAI. I was prescribed T3 for 3 months. If it has no effect surely I would have become severely hypothyroid or my cancer would have recurred because TSH wasn't suppressed?

Yes thanks for the replies , I thought of soooo many points I could have made after the appointment, but too slow off the mark, as usual. 😏

She certainly didn’t put me down in any way, so had I had the presence of mind to put some of the above points , it may have actually made her think!

There is also the point animals can’t tell you how they feel. It will be purely on blood test results and as we all know that is only a small part of the story...

Indeed how does an animal tell you it’s has a headache , eyes are aching,

Sleeping too much/not enough, pain in stomach, pain in wrists, muddled thinking, constipation, aching muscles, weakness when walking, on and depression😬😀 bet others can add a more. Non of the above is something that can be observed in a human let alone an animal!,

Oh well I’m kicking myself now not being able to speak up , oh forgot about getting easily flustered now 😡😓

Gcart, don't berate yourself for the common response of being blinded by their light in the moment, and then seeing and thinking clearly once you're out of the room.

If I think it necessary, I follow up consultations with NHS (or any, come to that) med practitioners in writing afterwards, providing information and questions that I have thought of subsequent to the consultatation.

This is then on the record, and I can, if so minded, refer them to it down the line.

Daft as a brush bless. At least she was supportive of you taking your own T3. They are so busy with thier silly heads in books full of reasurch they know nothing about thier patients.

İ have recently bought T.3. added to my Livo, and İ have had no result at all.

better. She then said that she doesn’t think my medication should be increased because she doesn’t...

back from my first Endo appointment.

- She has said I have Hashimoto's.

doctor would test. She refused to do T3. I have put the ranges in brackets.

taking and he said yeah, you can take them if you like. He was just really nice. Explained my...

How to take Liothyronine advice

On T3 should you have blood tests for t3