Hi, I'm just wanting info on ppl who hv stopped taking Nifedine what was your outcome. I hv been taking it for 13 yrs with no probs, it's helped keep raynauds at bay with painfull fingers and colour change. 3 wks bk I hv started with swollen tops of feet from base of toes to just above my ankles. My GP as given me a call back and asked me to stop taking nipedine to see if swelling goes. I hv not took any today but am concerned as to the outcome for stopping tabs suddenly, thanks for reading. 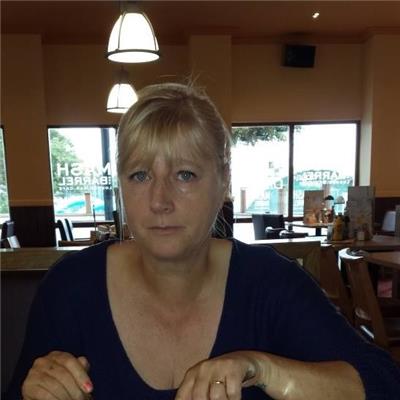 mrsqwerty11
To view profiles and participate in discussions please or .
14 Replies
•

I stopped taking my Diltiazem while on holiday because it was making me woozy and lethargic. No ill effects. I'm a little concerned though because I thought I was tolerating this drug quite well in cooler climes but now think it might have been contributing to my fatigue and feeling weak.

I shall see how I go on in the next few wks, I'm not sure how long Nifedine takes to get out of the system as they are slow release.

I have been using Nifedepine for a number of years but only in the winter, so I have stopped around May time and started again in September/October with no problems. This year I have been diagnosed with Pulmonary Hypertension and have started using Sildenafil and I again started to take my Nifedipine but my blood pressure crashed. I have now been advised to leave off the Nifedipine for the time being until my body has got used to the Sildenafil. If your doctor has asked you to refrain from taking it, it should be okay. I have found that any time I have had any medication stopped by the doctor, she has explained how to stop that particular drug.

Thanks for replays, I've stopped taking now. Just a bit disappointed in GP not explaining and just leaving a voice mail from appointment staff. I am curious also to see how my raynauds is now as since I was diagnosed I have packed in smoking over 8 yrs back and have also put on 3 stone so hopefully this will contribute to blood flow.

I 'want' to stop taking nifedapine as I think its causing me some side effects now. The only trouble is I've been told its the only drug available. I used yo only take it during the winter too but for the last few years I've had to take it all year round, just with a slightly lower dose in the summer and higher dose in the winter.

Anyone take any alternatives?? I'm primary Raynaud's (20yrs and counting), so no other drugs available.

I stopped taking Nifedipine for a period of time with no side effects, but it was the warmer weather. In the winter I take it and even up my dose sometimes. I've never been offered an alternative by the GP. Does anyone on here have heart palpitations with Raynauds? Hope you start to feel better. The cold is coming now, so we will all have to wrap up warm and wear gloves again!

I have been taking felopine and have doing so for over two years. I am on the highest does at the moment and even skipped my treatments of illoprost last year.

My doctors discontinued my Nefedipine intake in 2011; I did not have any side effects and my low blood pressure did improve (I run on the low side, but at least it isn't as extremely low as it was) and I also have been consistently on Sildenafil since early 2009, which I feel has been a benefit.

My GP as finally spoke on the phone to me this afternoon, he says I should be ok to hv a break from nipedine and if symptoms return can give me an alternative although he says not many though, hands been cold all day but no pain or colour change. It as been a cold day today, dreading this winter think it's going to be a early cold one brrr, wrap up well peeps and take care x

I didnt take them for long due to headaches and have been managing with no treatment for the last 17 years - resulted in attacks and suffering but never anything more serious e.g. gangrene etc.

I was on them for three months this winter and came off because my feet and ankles became too swollen to get my sandals on and also I had a nasty follicular rash on both legs and ankles which the GP felt were due to the Nifedipine. Came off - swelling went right down but rash still comes and goes. My GP said I can take them as and when needed having listened to the weather forecast.

Thanks Twitchytoes, on reading this I forgot but I occasionally got this rash, didn't even mention it to my GP. I have been off tabs 6 days now and no rash, swelling still a little on tops of feet. Fortunately no sign if raynauds yet.

I am on Nifedipine - I take as and when required in the summer - I have had no problems stopping and starting. I have just been given the slow release ones for the winter although I have not tried them yet.

Thanks for reply Leenie, I hv been taking slow release 30 mg per day, I hv been off them for 8 days now and hv been ok, I am now questioning myself if Nifedine can cause backache, I hv been having physio for 8 wks now and nothing's change, the only change as been hardly any backache for 3 days now and I personally don't think it's the physio I think is because I hv cone off the tabs

i have raynauds and i was just wondering what i can't take with having it as the other day i found...

with Raynaud's several years ago and prescribed nifidipene sorry about spelling :-) I stopped...

I'm 14 years old and think I have Raynaud's syndrome. I started having high levels of stress and...

been on sick leave from work for 5 months due to raynauds and scleroderma, I have an appointment...