Zometa: Is there anyone here that gets... - SHARE Metastatic ...

Is there anyone here that gets Zometa every month? If so for how long? 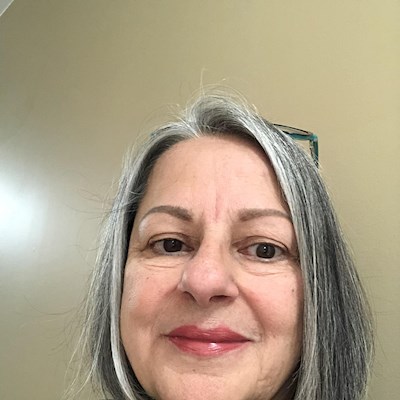 Leefromct
To view profiles and participate in discussions please or .
Read more about...
21 Replies
•

I have been getting Zometa infusions every 3 months since I was diagnosed in May 2018. The every 3 months is standard therapy here. Many oncologists in the US still order it monthly I see even though literature supports otherwise as I expect that is what they have been used to using for years. However if this is the case often they will do monthly for a year and then switch to every 3 months. I would question the need for continuing longer. Good luck.

Ok thanks. I am only in my 3rd month with the Zometa. What were your side effects, if any? So far for me it makes me tired more so the second day after the infusion.

Other than the flu-like effect that I got from my first infusion In May 2018 only which is extremely common I have had no problems what-so-ever with the infusion. My tips are to make sure you are well hydrated before and after the infusion, ask for it to be infused over 30 minutes and make sure they do an adequate flush following the drug before they stop the infusion. If everything in this journey were as easy as this I would be happy.

I had the same reaction as you did Sandra. Just the first treatment and fine after that.

Dragonfly2 in reply to girlsptz

Yes Sandra - here in NH its exactly that...monthly the first year and then quarterly which is what i'm on now. I did have mild side effects but once I learned to stay hydrated the day of and took Loratadine (Claritin) , I felt fine after the infusions. The infusions saved my bones...!

I get Zometa every 3 months and have had this regime since 2015. I get tired the day after and then start perking up after that.

Since my diagnosis in September 2020, I've been getting Zometa infusions monthly. I had two occasions when infusion was delayed by one week due to low neutrophils. I'm due my CT scan on Friday so I will ask my Oncologist if there's going to be any change at our next meeting. I find no problem with taking this, first time I was very sick but ever since we do flush, slow infusion time and all is good. I'm so grateful that my treatment is keeping me alive and moving, this time last year I was walking with two sticks and had very limited movement. I do experience some side effects tiredness, sore joints, hot flushes, hands and feet tingling or stiffness some days but no comparison to my condition at time of diagnosis, that just happened over a few weeks!

HiI've had about 5 infusions. Once a month.

The first was administered over 30mins but now the others are 10/15mins.

With the first I.V.I felt a little tired the next day and had diarrhoea...but only on the initial dose. No side effects now except I feel a considerable pain relief a week or so after having it.

I can definitely judge an improvement as I had to stop having them for a few months when I came off all medications to bring my liver enzymes back down...during this time , towards the end especially, I felt my ribs aching to the point of not being able to find a comfortable way to sleep. My other meds had been reintroduced, but it wasn't until after I had the Zometa that the bone pain improved.

I also advise staying well hydrated before and after and also in general.

I've read that it's good to take a few paracetamol after the first dose. In my case this was given to me by the nurse who administered the first I.V. I was not offered any since that time and do not take them myself either.

I refused the injections and take the older and (v.v.slightly) less effective tablet of ibandronic acid every day - I like the slow drip approach. Bone mets have been stable for 2 years on that. The literature says take it for 3 years.. however the onc. says continue if you have mbc . The good thing about it is that you can happily stop for a week if something crops up. I take it on waking,.. then have a cycle and a shower then breakfast - you need to leave 30mins before eating, and dont lie down after taking it. I have had absolutely no problems with it.

I have been on 3 monthly infusions of Zometa for over a year. No recognisable negative side effects but I have found that it really removes any pain from my bone mets.

I've been getting Zometa every 3 months since spring of 2018. Haven't has any side effects that are noteworthy. Seems to be keeping bones strong. Back, ribs, difficulty sleeping, finding comfortable position before starting Zometa. No pain now, just discomfort from time to time. Hope you have good success.

I start tomorrow, they said three monthly ones then every three months. I'm a bit apprehensive! Carolyn x

Thank goodness for this group of wonderful women. This is my exact question.

My uncologist and surgeon want me to take this for the past 2 years and I have been putting it off. I have not taken it.

Thank you so very much for this platform

To continue, I don't have any bone pain, I am on letrazol off for the past 3 years After lymph nodes removed and chemo and radiation. I don't know why I'm being prescribed this. Thank you

I was on zometa monthly for 2 years. When I changed oncologists! My new Dr. suggested switching to Xgeva instead because it is a quick and simple shot under your arm vs the IV treatment. It was so much quicker and easier.

Hi , I have been on Xgeva since 2019 I was diagnosed with Mbc. but I believe that the protocol is the same. My MO just switched me from once a month to once in three months. She said it that after two years you can be switched. Best,

I have been getting zometa infusions every three months for the last two years.

I was diagnosed with denovo bone mets in 2004 when protocols were different than they are now, and Xgeva wasn't heard of yet. I got monthly IV Zometa for about 8 or 9 months and then, in December 2004, the Antonio BC Symposium had presentation(s) about monthly Zometa being much more likely to cause Osteonecrosis ofthe Jaw (ONJ) than infusing less often. I was allergic to Zometa but was able to tolerate 1/2 dose with IV pre-med of hydrocortisone and Benedryl plus two hour infusion time and an extra bag of fluid. I don't remember just when Xgeva was approved but I was switched to it right away. I think any of the steps that were taken to control my allergy might help anyone who has a hard mtime with it. I've been on these bone meds all the time I've been treated without any jaw issues. A friend who did develop ONJ and was having repeated infections until she saw a dental school dentist who suggested she use only Peroxicare Toothpaste (by Arm & Hammer) and original flavor Listerine and she stopped developing infections, so I have been superstitiously using both of those. I have been very lucky to live so long and had only bone mets until about a year ago, another long story, or two.

I now get Zometa every three months... The oncologist that I see at "University of Michigan is the one who rewrote the protocol to every three months. I agree with other people -- hydrate like crazy before and after. Be ready to possibly take a nap after the infusion.

I just had a zometa injection for a couple of healing leisions. Dr giving it preventative as we all know cancer cells. Was an icky couple of days, but side effects have gone now. My next injection isn't until end of March.

Had a bad reaction to my first Zometa infusion six months ago. It's time for another round. I have

night, was a bad ear infection. Switched to Zometa for 2 months but it gave me a high fever for a...

They are switching me from Zo meta-to Xgeva can anyone tell me if they’ve been switched and which...

What Medicare Supplement Plan & Rx Plan Covers the Most Cost...