My Journey : Hope everyone is having a... - SHARE Metastatic ...

Hope everyone is having a great Sunday. I got a fairly good report from my oncologist. Blood work was good of course wbc slightly low. I asked him about my new lung nodule 5mm. He said not all nodules are cancer, however he is very positive and has a great bedside manner. He told me he expects to get my ca 27.29 down to double digits. Right now 427 down almost 400 points, from last July. I try and stay positive, lately however my back is hurting. My scan showed nothing different, but cat scans don’t always show all. I pray for us all to get good results and great reports. 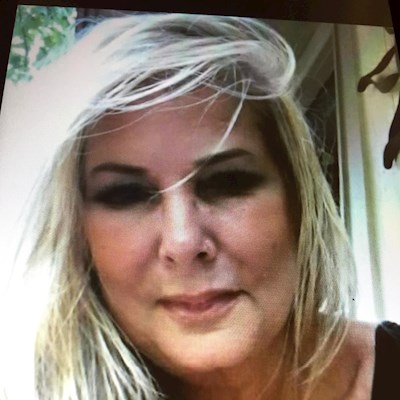 Clair19
To view profiles and participate in discussions please or .
Read more about...
12 Replies
•

This is our lives with METS. Always hoping for good results and then worrying when we get positive news. I am happy you got good results and pray that the results continue to get better. Prayers that we all can have some positives in our lives.

I thank you. Yes what a roller coaster. Everyone deals with this in different ways. I wish I could be more positive, maybe with time. I hope everyone has a great day and weekend.

Glad to hear you had good results. I am also waiting for my ca27 to come in. My markers went up to 400 in the last few months. Just started Faslodex. 1 mo on, hope it made some difference.

Clair19 in reply to Jerseygirl45

What kind of mbc do you have? I’m Her2 negative so I take Ibrance 100mg. I hope you’re markers come down, but I worry more about scans because markers will go up even if you have sinus problems. I’m sure the Faslodex will bring them down. Thanks

Jerseygirl45 in reply to Clair19

Thanks for that. I worry about the markers. Although they have been going up, and pets scan showed new tumors. I hope the Faslodex helps.

Clair19 in reply to Jerseygirl45

Me too, my last scan of rt lung showed 5mm new nodule. However like my oncologist said not all nodules are cancer. Unless they biopsy it don’t worry. Did the radiologist say it looks like cancer? Mine just said have it checked in 3 months. The first scan I had they didn’t think it was mbc just nodules. Except for plural effusion which can be mbc. So please don’t worry until you are told it is. Even if it is the medicine should start to knock or keep them stable. I will pray for good news.

Clair19 in reply to Clair19

Oh plus the Pet scan was wrong. It said it was in my breast, well it’s not. They had a few other mistakes on Pet. Sometimes it depends who reads it, just because it lites up does not mean cancer, my spot was scar tissue, I had 5 biopsy’s on my breast. Hope this makes you feel some better. The South coming out!😄

Clair, I am sorry you have this disease. It does sound like you have a great onco and are having great results. I like to keep in mind that not everything is cancer. When I was first diagnosed I was sure every ache and pain was, but now I first consider my activity and age, then more times than not conclude that my discomfort is due to that. Until I know it is C, I dont even think of it. This mindset can be cultivated I believe. For me it keeps my C less central to my life. I fully know that one day that may be different, but right now C is just something I have along with what/whoever I am. I meditate and find that has really helped me here, and in all other aspects of my life. My very best to you!...and DOUBLE DIGITS all the way sister!!!

Clair19 in reply to spouseM

Thanks so much for your kind words. It’s hard enough dealing with mbc but life goes on. My cat of 9 years is sick, Vet gave fluids and shot. He needs a lot of care and so hard when you just aren’t feeling good. Your body at this age just fights you every bit of the way. I was always active, worked, walked... I think some of the medicine does make me feel so weird and weak, and the C. I know all of you understand what I’m talking about. People who don’t deal with this disease has no clue. and that’s a great thing for them. My husband has MS and I give him weekly injections of Rebif, and he is in great shape. He says anyone who has mbc is his hero because he can’t believe what we go through. Please stay positive and keep me posted.

God's continued blessings Sister/Warrior. I am happy you have a doctor you really like. God does place angels in your life, as you navigate your journey here on earth. Keep only positive people around you who can add to your peace/ joy.Amen XoXoXoXo

Glad for your good report. Thank you for sharing it!

Yes, every ache and pain is NOT cancer! Getting older does that! Plus any of you taking statin drugs--that will do it! Lots of joint and bone discomfort from those. I stopped mine, even with close to 300 levels, changed my diet of little flour and sugar and those counts dropped to under 200! But most importantly, I have very little joint pain when off the meds. And I have tried going on and off as an experiment! Huge difference! I have been cheating on my diet lately so, I don't know what those numbers are right now but I know what works! SEveral different othorpedic docs told me that, so I tried and to my surprise--they were right. Maybe other drugs causing the pain??

journey but God got me through that. All my scans came out good , until 2016. I started feeling a...

reading how people are suffering,However I need to grow up and let you all inspire me. I was...

to keep vertebraes from breaking! God Bless You All

exhaustion. Then One of my CT scans showed hot spots on my liver. Pet scan confirmed it. A...

April this year. I had severe back pain and a scan showed multiple spots on my spine. Quite a...