Today I found my husband, sitting at the lunch table like he was frozen in time. His hands were in the air, above the plate like he was holding a sandwich, but nothing was there. I watched for quite a while and he didn't move at all. I went over and put his hands down and rubbed his arms. He was fairly disoriented and not really talking, but that happens. Is the frozen part a PSP thing? 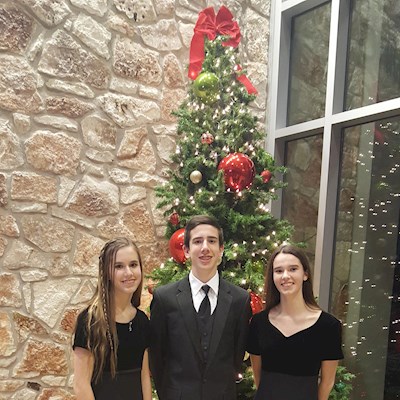 Gingerw3
To view profiles and participate in discussions please or .
10 Replies
•

Dad, CBD, had a few episodes where he just stopped. Some passed quickly others took several minutes to pass. He never remembered the episodes.

Happened with my huz recently - he was drinking coffee and paused with the cup up to his mouth. I said something to him and he came back to finishing the sip as though nothing had happened.

It certainly happened with my hubby in respect to leg movement/walking...and I've heard "freezing gait" often mentioned in clinical writing as a symptom of PSP/CBD...

My mum does this. She often gets stuck with her hands up in the air by her head and also her feet, when she’s sat down on a chair her feet sometimes are also hovering in the air. We have to lower them for her or tell her to lower them. It’s very difficult to see a loved one go through this awful disease. Sending well wishes and hugs x

My late husband used to do this mostly when in the laying position, his arms would raise in the air and stay there for no apparent reason and I had to slowly lower them as he seemed to have to control to do it himself. It's and awful and baffling disease.

It sounds like Dystonia (a rigid form of seizure) that is a symptom of PSP.

My husband is prescribed Procyclidine, he also has Diazepam when he goes into a more sustained seizure.

Speak to you GP and/or Neurologist and mention Dystonia. If you can video it when he goes into seizure.

My husband (PSP) puts his hands up sort of alongside his face pretty often. I can't always put them down because he can be pretty rigid when he does this.

My husband does this quite frequently, but mostly when lying on bed. He lifts one leg and it just remains in the air for some time. I like the idea of videoing so the doctor can see what is happening.

My husband had one episode standing up. I believe it was s seizure. He died a week later. So sad.

We are going to be Mad soon!!!

on the edge.. my dad full power now is on his arms .. his arms are interfering in every actions we...

Obsessed with his cup

and he will have nothing of it. He drinks other things like smoothies but still has his water cup...

got mad and while I’m trying to put him in his wheelchair he put his fist up to my face like he was...

Our PSP Journey is Over

My husband Gerald lost his battle with PSP Monday afternoon with his sister, our son and myself by...

A week of WILD DREAMS!

me) and does alot of role playing while dreaming. His voice sounds like he has an accent. They are...