Hi, a question for those who got the PEG tube fitted for their loved ones suffering from PSP; How much time did it take for regaining some strength?

Mom was PEG tube fitted 2 weeks ago as she had severe dysphagia & had become emaciated ( PSP diagnosed @ March-2014 ).

Two weeks post the PEG feed started she has *minimal* improvement in strength; opens eyes sometimes, tries to speak 4-5 words/day that's about it

In hindsight, i'm wondering if we just prolonged her suffering with no improvement in the quality of life. 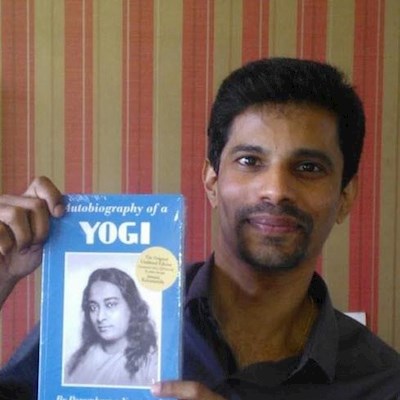 abilitydesigns
To view profiles and participate in discussions please or .
19 Replies
•

Whatever happens, please don't second-guess yourself, although that is easier said than done. I know: the medical team didn't recommend a PEG and I didn't fight for it, and I wonder now whether I should have. No point in that! You made the decision with the best intentions and with all the best information available at the moment you made it. You made the right choice. I hope your mother improves and you have good times yet, but please be kind to yourself as you go. Love and peace, Ec

Easterncedar is right. We can only do what seems best at the time.

Its early days and I hope she improves but you did your best.

lots of love from Jean xx

It’s probably different for everyone depending on how they were when it was fitted. The hospice recommended C had it fitted while he was still eating liquidized food well so it was ready when he couldn’t. They said there was only a small window of time when it could make a difference until being too late . C refused at that point and it was a very long time after that, over a year, when he made the decision to have it. He wasn’t eating enough, he had lost weight and his skin was breaking down. He was not, however, emaciated as he was quite a big man before he started losing weight. There was a marked change in him two weeks after fitting it, mainly his skin became flawless and his large pressure sore had closed leaving a large scar. I had to start gradually but very soon, after consultation with the HENS who came in fairly regularly, I was giving him 2000 calories of liquid feed a day plus he was still eating creamy chocolate puddings, honey enriched yoghurt etc. He gained weight, I think within a month. Folk react differently to the same procedure. The PEG gave my husband and extra 10 months of outings to the coast, gardens etc. and making memories time. When he decided he didn’t want to be fed any more I asked him if he regretted having it fitted and he hid his thumb, meaning no. Asked the same question, some may say yes but I hope your mom will soon improve. It won’t bring back her speech but as she gains strength it may make her feel a bit better.

Once the body has been subject to dehydration and weight loss, it takes a good period of time for the body to recover. At least a litre and a half of water per day is required. With the peg it is so easy to manage this. IT JUST TAKES TIME. Massage the limbs with body lotion to help the muscles re cover and try to make the person stand. Talk sing make anything go to let the brain work. My wife is nearly two years on the peg and still tells me to shut it. Just give love nagging and explanations.

easterncedar in reply to Javan

My husband doesn’t want a peg fitted, fingers crossed she picks up in a few days. Yvonne xxxx

We are in the debate mode for a PEG which his neurologist suggested. My husband eats regular food, three good meals a day, lots of oil and butter. But he is losing weight. At first it was enviable; now not so much. We do laugh because years ago he wanted to get his weight down to what he was in college. He is that and then some...Be careful what you wish for!

Do you have the support of a nutritionist. The one who looked after my husband was wonderful, she weighed him regularly and altered the prescription for feeding accordingly. For us peg feeding meant that we were able to lead some semblance of a normal life, with outings to the cinema etc until very soon before he died. I don't think the Peg prolonged his life but made the last six months better.

This forum is Godsend. Reassuring to hear from people who "get it"; thank you everyone who responded.

@Kathryn, yes, i've engaged a nutritionist. Gastro surgeon who fitted the PEG told that my mom has gastroparesis due to PSP ( slowing down of intestines ) so the feed is restricted to 50cc/hr, 19 times/day, totaling 950ml/day giving her 1400Kcal/day ( they experimented with feed rate from 30cc up to 100cc/hr and finally settled on 50cc/hr )

Urgent. Get hold of your GP/District nurse and get them to put you intouch with a dietician. The dietician will vist, make an assessment and will recommend a liquid nutrient suitable for a PEG tube. My wife, now receives, delivered free, and has thrived it on for over two years Ensure and Fortisip. The liquid food, delivered every month, comes with, if needed, 50ml syringes and a reopair kit. The diatician visits every three months and reasses.

If you have questions, please get in touch. ivansayer@talktalk.net

My husband has been with the PEG tube since October 25, and just now - two months later, he has gained two pounds. Not that much but he isn't loosing weight at least. The feedings are going good so far but have had our times with him fiddling with the clamp and broke it off and formula was all over him and his bed (at the nursing home) but it could be put together again and all was well after getting clean bedding and clothes. Just a little dip in the road I guess. I don't think he regrets the tube, and our family supported his decision. He is getting a little stronger it seems also. The other symptoms of PSP are still attacking him and it's the hugs that he looks forward to everyday. It isn't easy watching but you put on your brave face and do what you can. I hate this PSP. Someone needs to find a cure soon. Merry Christmas from Joyce in Minnesota.

Hi there. Your mum's symptoms aren't going to change but her overall strength in dealing with them will improve. My hubby had his for 9 months before he died. He'd never looked healthier.

As far as I can see no one has mentioned any negatives to PEG feeding like bowel incontinence and infections. Has anyone experience of these?

abilitydesigns in reply to Pentland

Thanks Abilitydesigns. I was beginning.to think it all sounded too good to be true. I am so sorry about your mum but I hope the PEG feeding is keepimg up her strength. It's a very difficult decision to make but so far my husband has indicated that he would want to be PEG fed. Good to hear from you.

When the PEG is put , the neuro medication is taken off for a day or two with a IV FEED given . That itself makes the patient groggy and recovery time could be 7-10 days to have the level of alertness pre PEG - got to learn this later only.

Physical strength you should be able to see in about a month or so. If she was mobile earlier , neuro plus physio would be able to assess level of Re-mobilisation in case she is not walking now. Take periodic weights and match off with food / Protein / calorie intake since a dietician would review those . A periodic blood test would reveal how good are indicators like Sodium, Iron , haemoglobin etc .

My guess is the dietician will increase calorie and protein intake slowly once the body gets used to a level of feed.

And yes, this does cause constipation on account of the liquid nature of intake . Could be once in 4-5 days as well. Ask the dietican if blended fibrous fruit is ok to be given.

I just made a decision for my loved one 92. Had peg fitted yesterday after stroke swallow not back. Heart breaking thinking he cannot have his cake tea and ice cream he loves but felt no choice only other one was risk feeding and they would withdraw feed tube i just could not watch that starve. I am just praying we can keep him longer have some sort of life. But they say dont think he will walk again. I do not want him in a home but frightened i cannot manage i have a disability could never lift him. Good luck. Julie

Good luck to you Julie: I hope the peg works well and your loved one has many more happy moments with you. ❤️

Thank you. I just hope he does not keep getting infections. He had pneumonia a few weeks ago. He still still sleeps a lot then awake talks sometimes cannot understand then ok again. So worried i cannot manage at home i hate the thought of a home.

Getting a PEG tube - psychological setback

relevant and calming for me. Mum does not need a PEG tube yet but our doctor says we should get one...

with stroke couple of weeks back. He had Pneumonia after that. We got the peg tube as well. He went...

the disease , she has malnutrition and her doctor is suggesting a PEG tube or a feeding tube. Did...

Urgent advice on fitting a PEG

has just been given the news that she will need to have a PEG Fitted any advice or information...

that it is fitted whilst patient is healthy enough to have procedure. Do all psp sufferers end up...

﻿why don't people understand a carer can be tired?