What is the relationship of CBD and psycho... - PSP Association 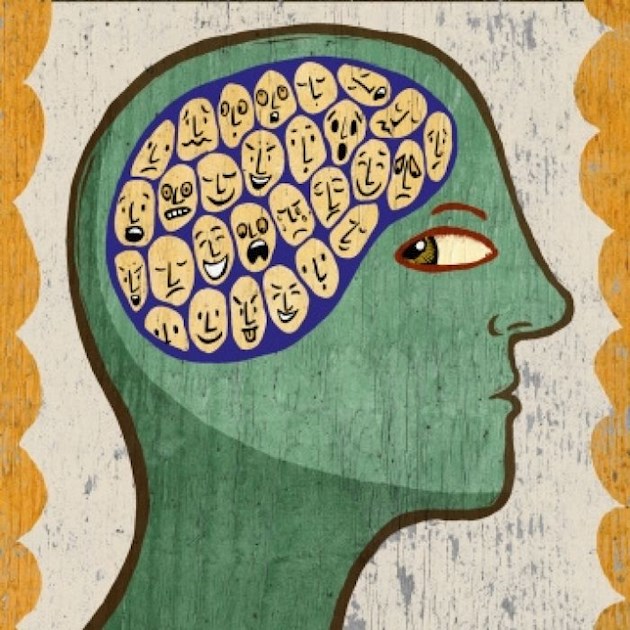 My sister is in her 7th year with the diagnosis of CBD.... likely she had it a few years earlier. Her progress has been slow.... but recently she has frequent - and getting more frequent - episodes of talking to people who do not exist. She gets very agitated with the 'people' and is now going around the house hitting at furniture and other objects. She has only hit our caregiver twice ... but I can see that this may increase. I will put her to bed and she will talk to 'her people' until 2:00am! I will go to her room to ask her to stop talking and she will agree and be silent for a few minutes only to start up again. My husband and son are using earplugs to help get sleep - but I feel I need to listen because one time she got out of bed and hit the lamp and knocked it off the table. She does not leave her room - YET- and wander around the house.

I have told her neurologist about this and he is giving her Nudexa and her siezure medication... he said there is really no other medication to be prescribed. If she has several beers and we get her a little drunk, she will SOMETIMES go right to sleep.

What are your experiences with this type of behavior? I really really need sleep and we are all tired of living with my sister's 'friends'.

Psychiatric labels are not too useful here.

When most of us think psychosis we think madness, schizophrenia and more.

Schizophrenia is very misunderstood in the public eye thanks to Hollywood and the press. It is a dreadful illness, but it does not spawn crazy killers, just very frightened sufferers and they still know who they are and right and wrong for all of that.

My guess (an informed one as an ex mental health clinician, but no neurological background) is that as the brain dies there is a degree of confusion between reality and imagination. The brain is hard wired to make sense of the things it perceives. So if there are extraneous perceptions it will try to make sense of them by conferring the status of reality on them. In English - if you were dreaming whilst awake and your dream was pretty weird, but seemed very real, then you would create a weird reality to make sense of it.

My Liz has some of this and we have conversations about 'realities'. I assure her that what she remembers about the world is real and what she imagines to be taking place is (I use the phrase) a dream whilst she is awake. Talking to her quietly like this re-assures her and she is then able to put it to one side as a waking dream, a PSP confusion and she is very relieved, because she knows, from memory, that what she was experiencing is wholly different from the 'real' she knows.

Don't fear it. Talk with your loved one. Imagine that you are going into their dream and talk them back. Calmness, confidence, reassurance and love will draw them back. I have done this many hundreds of times in my professional work. However with PSP we are talking about a brain where parts have died off... so it is a little more of try it and see.

Do come back to me. I probably have not explained this very well. All the psychiatrist can offer is an anti psychotic med. and these are often given to Alzheimer's sufferers and they often lead to heavy sedation.

Wishing you both well.

Kevin_1 in reply to Kevin_1

I am not too familiar with CBD which I believe affects the emotional control part of the brain.

Maybe a more experienced CBD carer might be of more help than I.

Having said that, if a wee bit of alcohol sometimes helps then you might consider asking for Clonazepam. It is a benzodiazepine with a half life of roughly 30 hours. Very similar effect on the brain to alcohol. There is a risk of drowsiness, so careful adjustment of dosage is needed.

It does promote sleep.

My Liz was on it and at a 1/4 of the normal minimum dose of 5 micro grams she was still over sedated. She is very sensitive to benzodiazepie's so monitor it if you go down this route.

costner in reply to Kevin_1

Thank you Kevin - your comments are VERY helpful. I will try some of your techniques. My sister does comprehend when we talk to her... she can follow directions when we ask her to do certain tasks (simple ones). I will mention clonazepam to the neurologist. We can almost deal with her 'friends' during the day - it is during the night that it is causing a problem. I looked up some scientific articles about 'psychosis' (sorry not sure how else to describe it in one word) and CBD and one of the articles recognized that in 14% of the patients there were signs of it. It's not high, but when it is effecting your family percentages really don't matter.

Hope Liz (that is also my name) is doing well - appears she has a good one in you.

Dad was diagnosed with CBD in Jan 16. I've never experienced anything like you are describing. There have been a few instances of not knowing what was going on but they passed after a few minutes.

My husband had CBD. We had difficulty dealing with apathy and addictive tendencies which I think is documented. We did not find he experienced psychotic episodes until possibly the final month, when he was quite confused at times. This also coincided with infection.

We only had 1 instance when he saw something we thought he had not seen. The tortoise he said he saw turned up again in the garden a week later so I photographed it. We found the owner who said he was about 50 years old and went walkabout in spring when weeds were high around his den and he could escape.

Hope you are able to control your sister's friends as time goes on.

costner in reply to honjen43

Cute story about the tortoise ....

We don't have an infection.... at least that I could detect. I guess we will have to stock up on the beer....

honjen43 in reply to costner

Much better than being stoned on drugs!! Hope that works for you all.

What are the differences between psp and cbd?

changed to a diagnosis of psp a few months ago. She has recently seen a different consultant and on...

shut. She cannot walk on her own and her speech is very monotone and slow...I am her caregiver two...

only diagnosed last year has been told by her neurologist that he will put her on Parkinson's...

The miracle of CBD OIL

into her room to bring her lunch and she was sitting at the edge of her bed waiting for me to get...

and get some sleep ready for tomorrow.

So far in this rotten disease, my understanding of what has...