Going in for a MRI this week because PSA has risen to 0.19.

I’d like to connect to other gay men going through this journey.

My name is Frank and I live in Cumberland MD 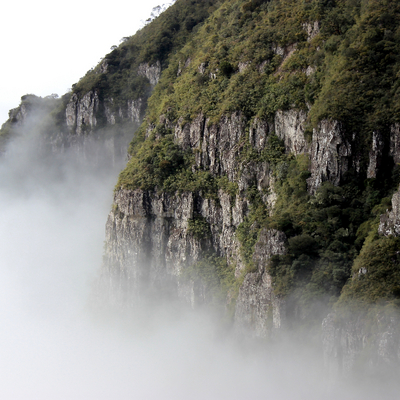 fairyman
To view profiles and participate in discussions please or .
Read more about...
15 Replies
•

fairyman in reply to Mrkharn

My 2011 prostatectomy came with positive margins. So I had undetectable PSA for a couple of years, but it inched up to the point the docs decided to act. In 2016 I had an MRI with contrast to determine how far the cancer had roamed. Fortunately it had remained solely in the prostate “bed.” Therefore, I began radiation in 2017. PSA has returned to undetectable since then. I hope your story turns out well. We’re all with you.

P.S. Cumberland is beautiful. As a kid living south of Pittsburgh, I vacationed a lot at Deep Creek Lake. I live in Chicago now.

fairyman in reply to Cubbiesfan

fairyman in reply to Cubbiesfan

What kind of radiation? And did this impact incontinence, Erection, Bowel?

Cubbiesfan in reply to fairyman

It was external beam radiation. I had lost erections with the surgery, so no change. Because I’m also HIV+, I didn’t lose sleep over loss of erections. I can still experience orgasms, but they’re not as intense as they used to be. Never had bowel incontinence. Urinary leakage is another matter. That started after surgery, but was a minor inconvenience. One year after radiation, the scars from radiation made the situation worse. All the Kegels in the world didn’t help. I found a therapist who specializes in pelvic floor therapy. This helped a LOT. But she told me I will have to practice the exercises forever or I will lose the benefit.

billd9946 in reply to Cubbiesfan

Hello MarkDavid. I’m curious what your PSA was when it was recommended that you have the scan. I’m currently at .16 after prostatectomy almost 4 years ago, and still no recommendation from any doctor to get a scan. Thanks!

Hello! I live in Baltimore and I’m very familiar with Cumberland. As a kid we visited family there, often. Such a picturesque town! I had my prostatectomy at Hopkins in July 2015. My PSA has been slowly inching up and is currently .16. I’m really surprised that they’ve recommended you have an MRI with a PSA that low. I’ve been told it’s likely at that level that nothing would/could be detected. There are so many differing opinions and recommendations... it’s truly maddening! Anyway, will you be getting a PSMA scan, or conventional MRI with contrast? Please let me know if they’re able to detect anything, or actually of any outcome... I’m very interested. I’m told that with the hypersensitive PSMA scan, it’s still unlikely to show anything until PSA reaches around .5. Good luck and please keep in touch!

fairyman in reply to billd9946

fairyman in reply to billd9946

I think just a typical MRI with liquid dye. Pet scan was not ordered because PSA needs to be a 5 or above. Wild.

fairyman in reply to Darryl

I really didn’t think an MRI would pick up anything at a PSA level that low. I would have thought a PSMA-PETscan would have had a better chance however even that might struggle to pick it up.

Gay men should NEVER have a prostatectomy

conclusions. That said, I think all gay men considering prostate cancer treatment should read these...

Why Isn't There a Gay Dating Site for Gay Men Who Have Had Prostate Cancer?

difficulty some of us have in dating. Why isn't there a Gay Dating Site just for us? I am being...

Hello. I have heard of a Mount Sinai meeting for gay men in New York City that occurs once a week....

for over 20 years has closed his practice without any advance notice. I would prefer a gay or at...

How to survive SBRT - Preparation Missive #1