Gay male 75 years and new here. Prostectomy about a year ago. Cancer free and no real issues with leakage and extremely grateful for that. I do not have a sexual partner but I am able to sometimes masturbate to orgasm without being erect but miss the old feeling of climax and ejaculating semen. I know there are pumps, shots and pills available but after surgery I thought I could just give it up. Now I am not so sure. I think I am ready to try to become more sexually active and improve my sex life. Love to hear how others have managed this. Thanks guys. 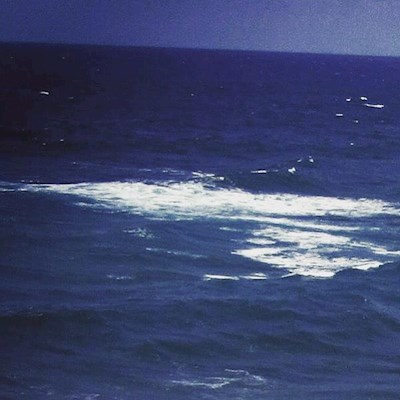 Kneedy
To view profiles and participate in discussions please or .
Read more about...
8 Replies
•

75 year old here, too, RP almost eight years ago. I did have problems post-surgery with incontinence, which meant (as far as I was concerned) no sex, but the incontinence was eventually mostly fixed with a male sling surgery. But still for over something like five years I didn't have sex, although with Viagra I was capable at times of having a pretty decent erection, albeit usually not hard enough to top with, had there been a top there. Pre-surgery I enjoyed being both a top and a bottom, and always thought that that was one of the best things about being gay. But by the time of the surgery I was slowing down, anyway, and most of my old partners had either moved away, settled down, or died, and the serious relationship I was in had ended a few years before surgery.

Although I was not resigned to never having sex again I think I needed time and the right circumstances. Almost three years ago now I started having sex again when a much younger man was interested in me, and since then a few other people have followed. I'm pretty comfortable by now explaining, if I need to, why I can't top. A couple people have lost interest then, but not most. Not interested in shots, the only possible exception I could imagine would be if I were in a fairly serious relationship and my partner really wanted me to be able to top. I've experimented with a few things besides Viagra---L-Argenine, bitter kola--and the jury is still out on them--they may be useful in helping the Viagra be a little more effective.

A few months ago I finally went on a hookup site and I've actually met a few people, all of them younger than me (not many people on it too close to my age, and often they seem to be less interested than a few of the younger ones). Besides which I'm probably too fussy (my friends tell me). In many ways I'm young for my age and I have a lot of younger friends anyway.

So , if you are interested in starting up again, it may not be impossible. Why not try Viagra? why not try a pump? kegels? there are probably many posts on this site about strategies. If you don't try, you know it won't happen, so all you're risking is perhaps a slightly sharper disappointment if it doesn't work. But the possible rewards made that risk worth it for me. And, damn it, I want to have a good deal most sex while I'm still around.

It's my impression that since generic Viagra is finally available (damn them for taking so long) that most insurance will cover it now, but mine has covered it right along anyway, although with a stingy six pills a month (maybe going up to ten next year?).

Thanks for responding...I will get back to you soon. Meanwhile enjoy the holidays.

Don't give up on yourself or love. Hope you find the right combination of treatment and the New Year brings love and sex in abundance, lol.

Merry Christmas, Happy to hear you're cancer free..i just had surgery Dec 4th in recovery/healing mode...happy to hear you can still masterbate..Thats my fear that i won't get full erection as before..will see as i get stronger!

Hi. Wow that is the exact date of my surgery 12/4/17 one year ago. A much better Christmas this year for me. I hope you recovery goes well.

Yes lots of scary stuff with this deal. I was already having ED prior to surgery...I am diabetic. I was at least able to get a decent erection for solo but was not able to get it up with a partner....I think that was psychological due to fear of failure. I hope things will get better.

Felt the same way about depends and pads...afraid I would be saddled with those the rest of my life. Happily that cleared up after a few months. Now a little wet spot now and then sort like when you don’t shake it after a pee. I can live with that.

Anyway I just keep telling myself no sex is as important as have a battle with cancer and that this could be much worse.

I had a friend who was a beautiful actress and an one of the nicest persons I have ever known who died this year after a two year fight to beat pancreatic cancer. (Sadly she was Diagnosed just 2 weeks after retiring).

I think only those of us who have had to deal with this disease can really understand the psychological impact and how hard it is to adjust to the fears and body changes.

Rambling here. Merry Christmas and look forward to healing and happiness in the new year.

i guess Dec 4th is the magic #...I've never had problems w erections..i hope once i recover i can get full hard ons. I too am kneedyvwhen it comes to a full sex life..

Hey Kneedy, Have a view of this video. Dr. Mulhall has helped me tremendously. youtu.be/4ELsojPFNV8

great gay relationship. Only six weeks post radical prostatectomy and I had my first dry orgasm,...

doing 3 year post, surgery , lupron, and radiation, How are they getting an erection. Besides pills...

Update on post-prostatectomy issues and follow-up

been diagnosed with dementia so not a great sexual partner any longer.

One thing the urologist...

Things can be very positive