I hope you all had a good long weekend.

My quotation today is really short and I think, very harsh, but it does possibly have some merit on some occasions.

This popped up on my phone this morning as the quotation of the day.

Now and again we need that pep talk. Life's not fair and it never will be. Sometimes we seem to think it should be, and in thinking about how unfairly we've been treated we can become down and depressed, which really isn't useful to us.

But it's very easy to tell everyone to 'get over it', when you happen to be one of those who's worked hard, but also had some advantages and the privileges that success can bring.

I have some admiration for Bill Gates. He's been generous through giving to those who haven't been so fortunate, but I think he could have made his point a little more kindly!

Have a good Tuesday and take care. 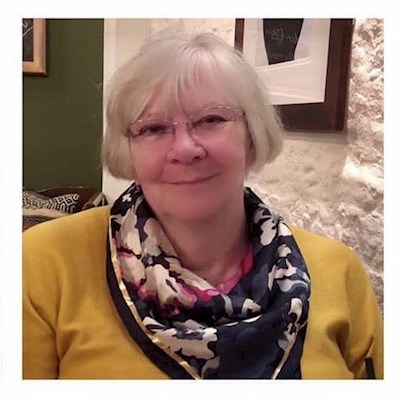 Callendersgal
To view profiles and participate in discussions please or .
Read more about...
19 Replies
•

It ranks alongside of "Hard work never killed anyone" - usually spoken to his workforce by a cigar chomping capitalist.

Callendersgal in reply to john6

Yes exactly, and we all know hard work did kill many people! 🙏🙏

I think it depends on the way those words are said. In a soft and kind voice it doesn't sound quite as harsh (I've had a practice). If the 'get used to it' is asked as a question with a shrug, perhaps it's even softer.

Words can be so cutting at times can't they!!

No life isn't always fair but there's no need to be unkind about it!

It is certainly true. When thing go wrong we have to get on with it. We might not always like to hear it in such a direct manner but getting over it means moving on. I think he's saying, move on because wasting time is detrimental. He says it to be helpful even though it is very blunt and to the point. 😊🌸

Hi Callendersgal, with Bill it's the way he is and always will tell you how it is people can either like him or not it's there choice , but I'm with you he could say it a bit nicer x

Blunt or not, he's right. Life isn't fair or equal but we learn to live with the hand that we have been dealt.

Hi, Well, I've often used similar words myself. . They are very true and apply to many things in life.

He's right but could have put it a bit nicer xxxx

I would tend to agree with him. Been poor. Been comfortable. Most likely will be poor again before I shuffle off this ball. You deal with what you've been given, however you chose to deal with it. Some days are good, many days are not.

I would say, Karma to Bill

Yes, that is so true, think we need some good days now!! Xxxx

The 'life is not fair' part is true. The 'get used to it' part is condescending even cruel. Spoken by a person of immense privilege whose wealth was built on being unfair.

I do however intensely dislike him and everything he's done.

Hi Callendersgal, yes agree it's harsh but is very true. I feel some people need the 'blatant' honesty but others not so.

I remember as a child saying life wasn't fair and also saying 'I didn't ask to be born'. My parents were amazing in every way, my problem was mainly my brother, things happened which I'm not going to go into but I think that's why I may have reacted the way I did.

Fortunately as the years have gone on I can honestly say I'm happy with life, there are a couple of things I'd like to change, one of them needs changing, but I'm more than happy with my lot.

We have been very fortunate that we have technology, somewhere to sleep and food on the table. I think it does us good to know that there are many people out there that aren't so well off and actually need our help.

I'm sat in the garden listening to the birds with our big black boy, our cat Dave, sat beside me with a coffee, what more can I ask for.😊

Have a lovely evening.

I think that in the end it does boil down to the simplest things that end up making us happy Alicia. Money and influence can sometimes ease your way through life, but seldom do those come without either great effort or some heartache (or both). Life's no respecter of anyone, and anything can change in a moment as the whole world's just found out. I too think the message is correct, but I do also believe in gentleness and courtesy and I don't think you'd ever get the best from me by speaking to me so bluntly. And I try whenever possible to think how my words might be received by others (though I don't always get it right)! 😔 Take care 🙏🌺🌈

It really does. It's been proved with what's going on at present that money does not give you happiness. Tomorrow is never the same as today and you are so right that things can change in an instant and we have to appreciate what we have. Yes we'd probably like to change some things but some can't be changed.

The message is correct albeit as you say a little harsh but thinking back to my brother that's what he needed unfortunately. I'm the same as you, you won't get the best out of me by being harsh. My mum always said honesty is the best policy and I totally agree, it's the way you deliver it that matters.

Take care, stay safe and well and have a lovely day.

It's the weary response that my parents used to give when I thought I was hard done by!

Quotation for Tuesday 5th May 2020

The wind is really blustery this morning, shaking the boughs and leaves of...

I've got something from the late Leonard Cohen today. I'm a long-time...

and I thought it might be fun to use a couple of them as quotations on this International Nurses'...

here's my quotation in praise of horses.

Is there anyone out there, even the most positive and busy of us, who hasn't...