Hi - I've been on prednisolone for PMR for over two and a half years (still only down to 8mg) but for the past couple of months my sinuses have been very painful. No infection but my face feels as though it's stuffed full of cotton wool. I thought it was an allergic reaction at first, and using an antihistimine nasal spray does sort it for a short while. I do not want to have to continue using a nasal spray twice a day just to relieve the discomfort. Has anyone else come across this? I don't know whether to blame the PMR, the pred, or neither! 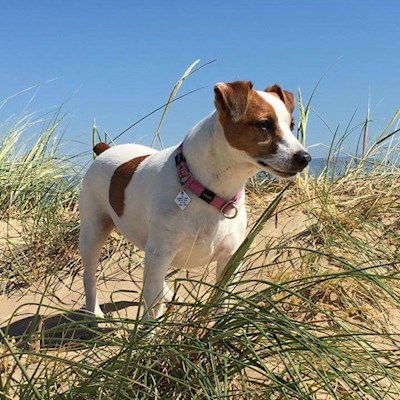 spiritofhilary
To view profiles and participate in discussions please or .
Read more about...
28 Replies
•

Be careful using nasal sprays as they can trigger a rebound effect:

Has your GP done any investigations? Why do you say it isn't an infection?

I am glad that I am too lazy and scatty to do anything regularly. Another cause could be our compromised immune system causing more allergies, perhaps.

But the pred should subdue allergies...

Doesn’t Pred suppress the immune system in order to stop it attacking itself thereby allowing other diseases to attack the organism?

( out of my depth already, because Steroids have so many medical uses).

Yes - but it also gets into the cells and prevents them producing and releasing chemicals that normally help produce immune and allergic responses.

Prednisolone also decreases the numbers of white blood cells circulating in the blood and both actions make it useful for treating autoimmune diseases caused by the immune system attacking the body's own tissues, such as many of those listed above. It also prevents organ transplants being rejected by helping to stop the body from attacking foreign tissue, and is useful for treating certain types of blood cancer where there is excessive production of certain white blood cells.

Corticosteroids have many important functions on every organ system. If the body's natural level of steroid hormones is too low because the adrenal glands are not producing enough hormones, this must be treated with replacement therapy to allow the body to function normally. Prednisolone can also be used for this purpose, although other corticosteroids are usually preferred."

Thank you for explaining so clearly but I do feel that my body is in revolt now I am on areally low dose.

That’s so informative, thanks! When I was discussing the persistent cough with my GP, I suggested it might be a side effect of the Pred. The doc smiled and said yeah but we also use it to treat conditions like that.

Ah he’s not really. He’s a good guy. He’s retiring and I’ll miss him. He was spot on diagnosing my PMR.

Fair enough, I'll let him off - but he hadn't learned much about the variability of PMR and pred though!!!

Viv54 in reply to PMRpro

I heard Dr JVT , say people all ready on Steriods may not have the same result as others, the jab may not be as effective . May not work quite as well.

PMRproAmbassador in reply to Viv54

That applies for all sorts of immunosuppressant medication. But even a small amount of protection is better than none.

Snap! spiritofhilary. I am only really troubled at night when my nose can sometimes be completely blocked as if swollen. This makes it hard to breathe with an already sandpaper dry mouth. My GPs only treat the symptoms and show no interest in the cause. I have had Prednisalone treated PMR for about the same length of time as you. I suspect it is a side effect of Pred, I have only had it since our sweltering summer.

Linny3 in reply to SheffieldJane

I have had sinus inflammation and pain for almost 2 years ever since diagnosed with pmr and starting prednisone. Visually , the sides of my nose are swollen. I have tried a nasal rinse and that helps some. I have tried vicks salve in the nasal passages and that helps some. The dr. gave me nasacort nose spray and that helped a lot at first. My symptoms settled down and I got thru the summer. Now it is all back again and is miserable. The spray isn't helping much this time. I am currently in a trial study for LDI (Low dose immunotherapy) LDI is a revolutionary treatment that has been shown to provide dramatic relief of symptoms and improvement in health for patients ... It is a two year study and I am in the 7th month. Here's hoping, wish me luck.

I hope you can find something to ease your symptoms I surely can sympathize in the misery.

SheffieldJane in reply to Linny3

Good luck with the immunotherapy! The upper sides of my nose are swollen too. I thought it was my new glasses. I think that we might be on to something here.

It's eliminated my need for expensive nasal sprays, which were prescribed to treat nasal allergies and sinus congestion.

I also use an over the counter ointment to lube my nose at nite, helps with dryness and sleeping comfort.

Haven't had a sinus infection in 5 years, using the rinse. BTW, I often use it in the shower...

I have got some of the Neti product too. I got a mild pain in my ears which was concerning, but I want to press on. I can’t even blow my nose without choking these days.

YES!!!! I have had had trouble with sinuses for a few years (since moving to UK), but worst since PMR/GCA & Pred!!!! Always worse with the change of the season... How can a nose be totally blocked and runny at same time????

Mine feels like it’s swollen inside. I can’t blow it. Oh! Shoot me now! 🤧

That’s exactly it. Too swollen to blow and nothing to blow out anyway. What fun! Haven’t seen the GP as it’s almost impossible to get an appointment and it doesn’t seem serious enough to queue up for an emergency appointment. I’m just hoping it will sort itself out. 🤪

Very likely just something allergenic - even with the Pred - but one of my first symptoms of GCA ( 6 weeks after a first dx of PMR) was having a very sore face - around nose and eyes especially which I thought was 'sinus' related. As you have been on Pred for so long (altho assuming a PMR level dose) it is I guess unlikely but maybe worth considering that GCA could be involved - although not to worry you if you haven't any other symptoms - just a thought.

SheffieldJane in reply to Rimmy

I had vague GCA symptoms prior ( a long time prior) to my PMR diagnosis. I sometimes wonder if you can get is really mildly and it passes.

Mine improved on higher dose but comes back circa 10. I have one side completely blocked. I'm going to try the saline rinse - if I can remember not to forget to buy it....

in reply to Pongo13

Cute... "if I can remember not to forget." Hahahahahaha

I have recurring sinus problems too and an annoying cough. I’ve resisted taking antibiotics for it. The sinus is horrible and I have a lot of mucus (sorry)! I’ve had an X-ray to make sure the cough is not serious and my GP said to just keep blowing my nose and steaming for the sinus. It’s annoying but it works. I guess it’s just the joy of a suppressed immune system. 😏

Just a thought.....silent acid reflux symptoms include lots of sinus symptoms, increased post nasal drip, coughing/throat clearing, etc. There is lots of info about this online.

One of the possible side effects of prednisone is increased acid which can then cause the reflux issues for some of us.

an avid reader every day. I am a PMR sufferer and have been on Pred for just over a year. Started at

am now in my 5th week since my PMR diagnosis. I have been on 10 mlg Pred, which my rumeitoligist...

I was diagnosed with PMR in October 2015 and was given 15mg Pred.

response to Pred. I have been lucky and have managed a steady and flare-free reduction (using...

I have been happily tapering pred slowly and was going down to 4.5mg when I had to admit to myself...