Dexa scan : I have just had the Dexa scan and been... - PMRGCAuk

I have just had the Dexa scan and been informed I have very healthy bones. So I will be saying to my Dr. No thanks to AA. Really pleased as I had stopped taking them after reading effects of their use

I will continue to swim and walk to keep my bones healthy.🐳🐳 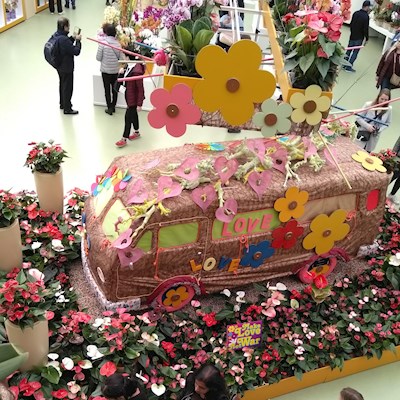 Chrissy1953
To view profiles and participate in discussions please or .
21 Replies
•

That's great news! Just bear in mind that weight bearing excercise is the main activity for staving off osteoporosis. You may have meant this already but I wasn't sure from your post. Swimming is great too for other reasons, or view it as a different exercise 'food group' 🙂. Keep up the good work!

Chrissy1953 in reply to SnazzyD

Thanks SnazzyD. I know what you mean but my bones are carrying enough weight as it is. Must remember easter eggs are not from me 😉seriously though I thought that too much weight bearing excersises could do damage to the muscles

PMRproAmbassador in reply to Chrissy1953

Weight bearing exercise just means exercise where your legs are bearing your body weight - walking for example. Cycling and swimming don't count and there is no contact of the feet on the ground to send the signals to the bones to make more bone substance. It has nothing to do with weight training although that is said to help.

SnazzyD in reply to Chrissy1953

Hello again, Refering to your comment about carrying enough weight, this just in case you or anyone else are wanting exercise but are afraid of damaging yourself because of your health issues - I don't know about your area but our GPs can refer patients to a gym with a 'prescription' for a number of sessions for medical reasons.

I believe some gyms have instructors who are trained to plan programs for those who are not fully fit and well. The Rheum Dept might have a scheme, you never know.

Apart from that, walking especially up stairs, is fine if that all fills you with horror.

You get to say whoohoo!

Still take the calcium and vit D though. Nice news!

I hope your doctor is better than mine. I had a brilliant Dexascan result, but that did not stop him saying I should take AA because I was on long term steroids. I thought I had won the argument. The next time I saw him it was like Groundhog Day. He is determined I should take AA.

Chrissy1953 in reply to piglette

I think I may have that debate piglette but I will stand strong. I will survive 😂😂

piglette in reply to Chrissy1953

He also writes nasty to comments about it to the rheumatologist. Refuses bisphophonates! Luckily the rheumie has ignored it.

Patience_1 in reply to Chrissy1953

I'm standing strong with you! My dexascan (only done after I'd requested it early in treatment, when my GP prescribed AA and I was reluctant) also showed strong healthy bones. I therefore continued to decline; and my GP continued to press me to take AA (just in case...). No thank you! I'm focusing on weight bearing exercise and good diet.

Hi Chrissy - I've just had my Dexascan (I did have to ask for it, and that was 12 months after diagnosis) - my GP wasn't at the surgery to confirm the results but his colleague informed me that my bones were in good shape but the lower lumbar region showed up as 'excessively hard' and an x-ray was required to rule out anything sinister - you can imagine how my wife felt about that....! Am awaiting x-ray results, altho' I don't think there's a problem.

Anyway, in between-times, I did speak to my GP and he was happy that I should stop taking AA - this was thrown into sharper relief when my dentist said this week that he wouldn't want to contemplate anything like an extraction unless I'd stopped AA for several months previously! (so I'm hoping this week's root-canal work -£1000's worth on one tooth - is successful.....! I'm too old to get another mortgage, anyway...!)

"Excessively hard" - how long have you been on AA? They may have been normal density pre-AA and taken to high densities by the action of the AA. This is the primary reason a dexascan should be done BEFORE dishing out AA willy nilly.

I've been taking AA along with Pred since 1st diagnosis a year ago - it does seem strange not to do a Dexascan at the beginning?! Only thro' this forum did I learn about the Dexascan and so I just 'phoned my GP and requested it. He didn't argue - he hasn't resisted any request on dosage etc - and I was surprised that it was arranged so quickly. Just a bit puzzled by the result?!

On another matter PMRPro (and while I remember it!) - will the combination of Statins plus Pred be likely to push me closer to the 'diabetic edge'? My mother and sister were both diabetic and I think PMR is enough to be dealing with. I stopped Statins a couple of months ago and cholesterol levels have risen (5.9) as a result.

If that is as high as it goes I personally wouldn't worry about it! But then, I have never believed the cholesterol story anyway except for people with existing problems and familial hypercholesterolaemia. I had a mere 10 days on a statin and was about in a wheelchair. Never again - but I'm female and have no cardiac history that counts so it doesn't matter, the cardiologist wasn't bothered.

They are recommended to do a dexa in the first 3 months of pred and then consider if the standard calcium and vit D supplements are enough. It is actually particularly important that they look at a man's bone density since, although men can and do develop osteoporosis, they are far less likely to do so than women. Bisphosphonates should not be given to people with normal bone density - and you can't know without checking it. But they were told these were wonder drugs and safe to give for years and they would make hip fractures a thing of the past. All marketing - alternative facts I think it is called nowadays...

Ooops, nearly forgot the diabetes question. Don't know to be honest. On the basis of this webmd.com/diabetes/news/201...

I suppose the probability is yes.

Adopting a low carb diet will help reduce the risk. Pred causes the liver to release random spikes of glucose - if you are eating a lot of carbs the combination will contribute to high BS and diabetes. Avoiding carbs removes that trigger at least. Low carb is also felt to help the cholesterol problem, it certainly seems to raise the HDL level - which contributes to a higher total but in a less bad way.

I have cut down on all of the above, if not eliminated them entirely so I'll see what the next blood tests reveal - my wife's 'Slimming World' diet is helping!

Thanks so much for all the time you devote to helping others on this forum - I don't know how you, DL and the others do it!

If it isn't already being done, what you do need to have monitored is your Hba1c level - it reflects your average BS level over the last few months.

Okeydoke - have noted that & will check next time.

It's a beautiful day here in Surrey so I'll get my trainers on and walk off that doorstep sandwich (only joking😀)!

What gets me, just like it did when I had to continually fight my corner regarding choices in my treatment with cancer, is that when you have that discussion/argument, the response it that you are the only person having an issue. It clearly isn't so why? Is it fear of departing from the guidelines so that it has to the patient's fault rather than a medical decision that they have to stand by. It's their anger and irritation that annoys me, that makes the patient feel so bad at a difficult time. There are of course brilliant reposnsive, caring and thoughtful doctors out there!

Reading everything on the AA debates here, I have a feeling of deja vue. So here we go again, have said I WANT a DEXA and have refused anything until I get one at the risk of being seen as ignorant, awkward and demanding which not all patients can cope with.

Perhaps they aren't aware we aren't the only person with the problem? Because they haven't shown enough interest...

We also didn't have to specialise and only have ourselves to worry about.

Just to illustrate: At a foreign embassy dinner, a fellow Consulting Engineer (Structures) found himself placed next to a Doctor. During the course of dinner the conversation turned to professional responsibility. Our medical friend said that 'of course, if I make a mistake a person might die' - to which the Engineer replied 'yes I see - if I make a mistake and a building collapses, hundreds of people might die'.......

They do a great job, but sometimes stand on their medical dignity!

rambling long post again, but just wanted to say if you have a dexa scan it may be worth checking...

to say I have Osteopenia and prescribed AA which I have so far not taken due to what I have read...

since finding out I had 4 fractured vertebrae. Not surprising still waiting for dexa scan !!! Oh...