We've had a query through from a member who would rather not use the forum but asked us to post on her behalf. Her question is regarding surgery for recurrent ovarian cancer. If you had secondary surgery and no visible disease following it, did you then have chemotherapy?

She is trying to decide whether to have chemotherapy following her surgery as she's not sure it's worthwhile having it if there is no disease visible, and would rather save chemotherapy should there be a further recurrence.

She would really value hearing your experiences on this before she meets with her medical team to discuss this further.

Many thanks for your help, 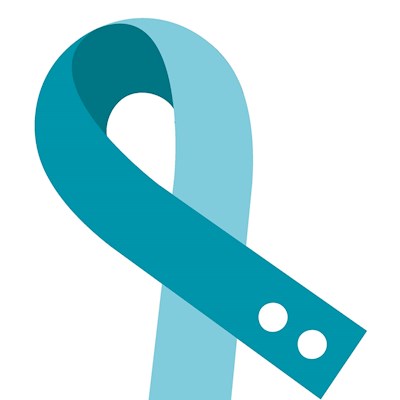 OvacomeSupport
Administrator
To view profiles and participate in discussions please or .
Read more about...
16 Replies
•

I have not had the benefit of a second surgery, but my advice about Chemo is this:

The operative words are “no disease visible” or no visible disease. Visible being the important word.

Cancer cells are microscopic. You can’t see them until they have divided and multiplied and finally grown large enough to be a visible tumour.

The right chemo treatment will seek out and destroy those microscopic cancer cells, before they get started growing again, and hopefully wherever they have secreted themselves.

I don’t know about you, but I want the best chance possible to defeat this virulent disease.

I had second surgery a year ago and chemo again. the cancer was the same as the first time and i had no visible disease after each operation (and it still came bavk) but it was belt and braces for me, but i think you have to be comfortable with any decision you make and that felt right for me. They may be able to access a parp inhibitor instead?

Yes I did in 2015. I had secondary surgery was NED and had 3 rounds of chemo. In hindsight I wouldn’t havehad thd chemo

My blog has my story if that helps. Have to go back to archives 2015 from drop down menu

Pishi123 in reply to Lily-Anne

I saw your post and wondered how you are. It is cold now. I could not sleep so started reading various things.

I quit my job as I felt it was not right for me so having a break for a while. I have been feeling tired so going to see my GP next week.

I had secondary surgery leading to no visible disease, followed by chemo. This was at the time of the DESKTOP 3 trial.

Before that, the jury, as I understand it, was out as to whether there is a benefit to secondary surgery. The trial found that there was, if it resulted in no visible disease. The trial was comparing surgery with chemo.

I think the answer to your query might depend on where the disease was that was surgically removed.

Mine was in lymph nodes, so, for me, a greater risk than my original disease and I imagine that's why chemo was recommended. (I asked fewer questions 5 years ago than I do now!)

I think your question is a perfectly good one to discuss with your team.

Under normal circumstances, they tend not to treat until there's scan evidence of the beast being on the move again, so what makes your surgical outcome different?

If the disease has progressed, the case for trying to knock it back with chemo may be greater?

There's a small minority of women on here who have had just one recurrence. But most of us, once we have recurred, are having on and off treatment. Does your team think that by giving chemo now rather than waiting that you're likely to get a longer interval before another recurrence? (I'm certainly hoping you'll be one of the lucky ones).

Hope this is helpful and best of luck

I wasn't offered chemo after initial or secondary surgery, as I have a rare ovarian cancer - gct - and chemo tends not to be very effective with it. I have had some chemo since with not very good results. Di

I am an unusual case apparently as I have had 5 surgeries but only one full course of chemo after initial surgery.I did start chemo after second surgery but gave up much to the annoyance of the oncologist at the time and swore I would have no more.My cancer has always come back in single tumours which have been surgically removed so far.

It is your body and you need to weigh up what you can deal with.The first time when I had the full course it was the worst nine months of my life and I knew I couldn’t go through it again.

Hi. Yes I had chemo after my second surgery, even though there was no visible disease. I had carbo and caelyx for 6 cycles. I remained free for almost 2 years. After third surgery I had carbo and gemcitopine. Fingers crossed from now on. I was treated at the Marsden. Hope that helps.

The team's suggestion about chemo may be to do with what sort of OC she has, as some of the other replies imply as well.

Hi Anna. I guess that's a fair way of looking at it i. e. considering keeping the big hammer in reserve.

I was tossing similar thoughts around after my stage 3 low grade recurrence last year. My second laparotomy surgery was successful and all visible tumors were removed. Plus, for low grade OC the risk of any potentially remaining microscopic cancer cells not responding to chemo (especially repeated chemo) is quite real.

Even some of the experts suggested considering watch and wait or Letrozole, without chemo.

But I still made the decision to go ahead with chemo, plus Avastin, which was at least partly motivated by fear of my insurance not covering any trials or other 'off the beaten path' treatments in the future if I didn't comply with the (German) guideline treatment path now. Currently I'm still on Avastin, plus Letrozole.

Would I do it again? Hm I'm actually not sure. It might be different for this lady, but I needed to resume a reasonable stressful full time job. And the residual tiredness and neuropathic pain, plus assorted other side effect niggles, are seriously no fun at all to deal with when you should be concentrating on your company's strategy or teaching a class at the time.

If I didn't have to go back to work, I'd probably do it again.. just because I want Avastin to be one of my treatment options and this was the only chance I'd get at it. And I could afford to sleep in each day 😉.

But if I had no choice of retiring, I might skip chemo and keep it in reserve, so I can actually have a real go at getting back into work. Maybe even without Avastin. But that's just me, and low grade.

I don't know the best path for her. Only that I recommend for her to find an oncologist she trusts and to aim at being at ease with the treatment decision. There is no guarantee either way. Best of luck to her. Maus

I had 2nd surgery back in April for a reoccurrence in vaginal vault, the surgeon sent off some tissue that looked normal but came back with positive deep margins.

I was advised that I needed to go back on chemo due to having positive margins.

I had a scan on 16th December that showed a full response.

I had a second surgery, had treatments following and have recurred a few times since.

My recurrences have always been in the lymph nodes so if yours has not , you may be able to get away with no chemo or Olaparib like others have mentioned.

Hello from the United States. I will share with you what my gynonc shared with me: After having found out about my first recurrence on November 20, 2018, I was given the option of surgery and/or chemo. I was told that the research shows that while surgery will likely extend the time of any remission, it will NOT extend my life overall. In other words, if I only do chemo (Carboplatin/Doxil), I may have a shorter remission than if I did surgery AND chemo, but overall I will not live any longer or die any sooner without it. I have chosen NOT to have surgery because my original surgery ended up being open, which means this surgery would have to be open as well, and that would incur more risk, especially this time around. I’m not as healthy as I originally was, it would be surgery on the existing scar which means a greater risk of problems with healing and scar tissue causing problems like adhering to parts of my insides that could create the need for even MORE surgery (i.e., bowl obstruction, etc.), and finally I am VERY diabetic. Uncontrolled blood sugars and cutting don’t go well together! So, it just didn’t seem worth it to me to take that risk without a greater benefit. That said, I think this is an extremely personal decision based on your individual circumstances. Do you have family? Children? A job you love? You may want more remission time. I just want as much time feeling as good as possible with as little downtime as possible. This is tough stuff and you are in my prayers!

I had secondary surgery with a recurrence in 2016. there was no 'visible' sign of cancer afterwards but I opted for chemotherapy also. There is always a nervousness about having the chemo now will mean there's no options when it comes back, but I feel that by giving myself that chance of a long remission, science will hopefully have come up with more options when it does come back again. Everyone is different though and you need to feel comfortable with whatever you decide. Wishing you every good wishes.....

Thank you so much for your thoughtful and informative replies. I will pass all of your comments onto the member who requested the information.

My chemo after surgery was delayed due to sepsis. I had no visible cancer, but my delay in starting chemo was a very bad thing for me and cancer cells began spreading quickly. I believe it's preferred you do chemo asap to arrest whatever is left behind and not visible.

Unfortunately it looks like I’m facing a recurrence even though my CA125 is only 18....

diagnosed with secondary ovarian cancer and she's now worried about going through chemotherapy...

Need hope to deal with metastatic or secondary abdominal cancer

after the surgery. Just twenty days after her last chemo, she had been diagnosed with secondary...

Update on surgery for secondaries

operation to remove my spleen, gallbladder and any visible cancer, I was back at the Royal London...

you have any queries please do get in touch.

Thank you in advance for your help,

Does the chemo treatment get easier