Olaparib as monotherapy- 1st dose: Anyone else as... - My Ovacome

Anyone else as scared as I currently am after taking their 1st dose of olaparib ?

They are hopeful it will make my disease stable and buy me some time.

Anyone got any storied they can share of Olaparib in this settling? 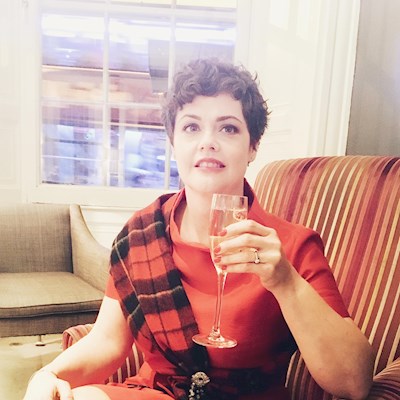 2mini2
To view profiles and participate in discussions please or .
Read more about...
10 Replies
•

Hi, not the same setting but I am on Olaparib and have been for 4 years 4months and its very tolerable. I do belong to a fb page where ladies have said its shrunk tumours. I wish you well xx

2mini2 in reply to Katmal-UK

Katmal-UK in reply to 2mini2

How did you get it?? 2mini2? I would love to get on to it but not seeing a way until 3rd line.

I was in a trial for Olaparib, it kept my cancer in remission for over a year. I was very weak and had slight nausea but was able to have a good quality of life. I got sick with the flu and bronchitis and I think that is why it stopped working, they said that was highly unlikely but I was sick for over a month and don't think I had anything to fight this cancer with. I wish they would let me try it again. Waiting to see what's next for me as my cancer is back. I wish you great success.

2mini2 in reply to Margiedolly

As maintenance post chemo or as a monotherapy when you had disease present ?

I wish they would let me continue on Olaparib. They took me off it because cancer came back in my liver. I personally think it was because I was sick with the flu, bronchitis and a touch of pneumonia for a month. Does anyone know if being sick might have caused my relapse and the Olaparib might work for me again now that I'm well? It's a long shot but I wish I could try it again.

I am on niraparib which is a PARP like olaparib - works in same way. I had cancer remaining after my second line of chemo. The niraparib was prescribed to keep the cancer stable but has actually reduced it quite a lot. Side effects were hard at first but now more manageable . I've been on it 6 months.

Hope this helps, and good luck with the olaparib

I had Olaparib on a trial for 2 years after i had my surgery in 2013, i was disease free for 5 months after the trial then reoccurrence . i then had chemo for 6 months , another occurrence . then went on the octova trial . a three arm trial i got the basic of caelyx lol. anyway 8 months later it stopped working for me so within the trial i had the choice of olaparib again. that was in january this year and still tumours are stable so fingers crossed. not much side effects except nausea occasional vomiting , tiredness. i work on a farm 3 days a week and make lots of items for my hospital in my spare time. so at 56 still having quite a good life

or platelets, has anyone else had this with low white blood cells? And did the dose reduction...

but would like some thoughts from anyone who takes olaparib. After an ovarian cancer recurrence I...

question? I’m currently on Olaparib and coming near to finishing my two years on it. ( I’m BRCA...

to take anti histamine. Has anyone else experienced anything like this. Not sure if I should take...

I’ve been on olaparib now 2 years and I did have an anaphylactic reaction to Taxol. Has anyone who...