How to get original tumour tested?: Hi lovelies... - My Ovacome

I was just curious those of you who have had your original tumour tested how long after diagnosis did you have it done and is it something done privately or can they do it on the NHS? 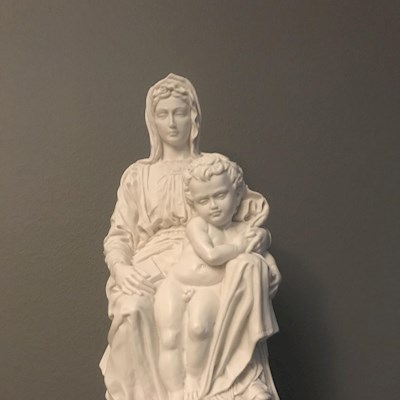 CallmeMum
To view profiles and participate in discussions please or .
19 Replies
•

I'm hoping mine will be done on my private insurance - gotta be worth a shot!

Hi Callmemum, it's something that's been talked about now & before on here. So this is a good question to ask. Take care Cindyxx

Hi CallmeMum, I don't know if this will be of help as I'm downunder but as I said in a post I had a meeting with research team who are to study tumor and genetic testing.

I was informed about this trail by a prof who sent the representative to interview me the cost would be free if I agreed,

I did wonder about my tumor sample he informed me it was from my original surgery ( 3 years ago ) I said I had a image of all the samples being pickled and kept in jars, he said that sample are pickled and set in bars of wax and stored in large stainless steel draws.

I remember at the time the surgeon did ask if I would agree to my tissue being banked, this also came in handy when I had it tested for the BRAC gene I was negative.

This is a sentence from my information booklet.......this research project aims to target treatment to suit the individual based on characteristics of the the cancer cells

As the trail goes on blood sample will also be taken and the other advantage is if a trial comes up suitable my oncologist will be informed.

My Best wishes to you both Lorraine xx💙💙

I live in France so cannot comment on NHS but if you view my profile you'll see the dates from start to first chemo. Problem in France is that during August everywhere is either closed or understaffed so I did wait longer than the norm.

Take care and hope this helps in what you want to know.

I had mine tested 3 years after my original surgery. They keep tissue samples. I paid for it privately. The insurance company would not cover it and nor would the NHS.

How would I go about getting this done? Xx

I live in Essex and have just been asked to take part in Genetic research testing. They still have my tissue from 3 years ago.

Can I ask which part of Essex? I was at Southend hospital and am on a trial there xx

I am under Queens hospital but I had my op at Barts and I think they are the ones running the research.

Is that Queens, Romford? I used to live in Gidea Park. I don't know why I'm asking but I'm interested to know what the different hospitals are doing locally. x

I had my tumour tested during the laparotomy. I was told they would test it during surgery and decide from that what they would remove. She said the test would take about half an hour but as I was unconscious at the time I wouldn't know anything about it. It turned out they removed everything and she told me the results when I came round.

I'd already been told by another doctor that I had ovarian cancer but the surgeon said she couldn't confirm it until I'd had the tumour tested. I didn't really believe her completely as I was having CA125 tests and they must have had a pretty good idea from that.

There was never any doubt about it being done and everything was on NHS.

The time span from initial A&E visit to being told was 5 days and the confirmation surgery about 2 months then another month before the chemo started. I'd had the tumour for 8 months before it was removed, 6 months before I went to A&E but it was accidentally found as I wasn't in A&E for anything to do with that. So pure luck really had it was found at all.

I may have misunderstood the original question. I see now from reading the answers that they're referring to later on. Nothing has happened to me since the original chemo except CA125 tests. xx

My oncologist asked me if I would be interested in having tumour tested to check to try to identify mutations- I had 3 lines of chemo and wasn't responding so i agreed. The tissue was sent to UK for testing and results came back about 10 days later. I'm in Ireland and this is not covered by our health department nor was it covered by my private health insurance. The results identified that I had BRCA in the tumour ( somatic) and I'm now taking Olaparib.

Mine was tested for the diagnosis and also I was asked for permission to let them keep it and use it further for research which, of course, I did. ❤️Xx Jane

I asked my onc last week about paying for tumour profiling. His reply was that the result was often that they recommended a drug that was no longer available. This left me nowhere. As I have recurred immediately after frontline surely it is worth a try?

85live4ever in reply to Neona57

Hi Neona, this is something my onc would say I call it being fobbed off. I can't see why it would hurt because there are new drugs coming out all the time. If testing was pointless why are they offering it to some ladies on here. I have asked my onc if I could have my tumour tested & I didn't really get a clear ansewer. They said it's rare to find a BRAC tumour. Unless they try how do they know. Ask again because I won't let this go. I have far too many in my family with oc & bc & we are all BRAC negative. Good luck take care Cindyxx

I have applied for a trial. They are going to test my original biopsy from 4 years ago to see if it is compatible with the new drug. I do not have to pay for this.

my private insurance covered it a year after treatment but they had to b asked! Would have pushed for it on the NHS if recommended by onc. though love C x

Borderline Tumours. How do I explain it?

alternatives? Secondly, those of you with borderline tumours. How do you describe it to your...

How long after original diagnosis and treatment did recurrence happen?

Hi lovelies, just wondered how much variation there is in the recurrences some have been unlucky...

Have the majority of women after treatment managed to have their tumour reduced to recommended size...

confirmed I have a Mucinous Borderline Ovarian Tumour stage 1a. And no further treatment needed,...