Has anyone found that their RA symptoms have flared u... - NRAS

My joints have always been relatively well controlled, with the main one giving problems over time being my ankle. At the moment I'm in between meds, waiting for approval for rituximab so 'only' on 10mgs a day of pred along with anti-inflammatory and hydroxychloroquine. It is the first time in my 2 years since diagnosis that I haven't been on a DMARD stronger than hydroxy, so not sure if it's that, but had my flu jab yesterday and felt my ankle get progressively worse during the day, and today can hardly walk! I was wondering if it may be caused by my immune system having to kick in due to the flu jab, and thus also 'kicking in' and attacking my joints! Just wondering if anyone else has had their joints flare after the jab? 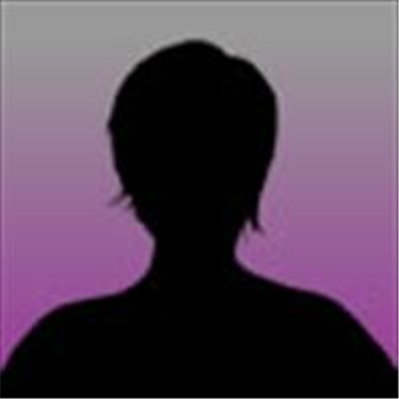 heatherp
To view profiles and participate in discussions please or .
Read more about...
18 Replies
•

I have had no adverse effect from the flu jab and my PsA, so it may just be a coincidence that you are having a flare at the same time as the flu jab.

That's an interesting point Heather - perhaps it is that indeed? I know it's not a live vaccine and the first one I had a year ago was absolutely fine. But this year's made my arm terribly sore - in a way that felt quite like a sore RA joint but it was localised to my arm only and others who have the flu jab for different reasons than RA told me that it's just like that some years for them too. But given that our immune systems are being compromised by the drugs - and yours isn't very much then it could well be exactly as you suggest - although I'm no expert this does make sense to me.

My ankle was a real pain for about 5 months but then it flared up intensely back in June so I couldn't walk on it at all for about a week - and I got it back down with Naproxen and it's never been any bother to me since - and actually nor has the RA. But then I take Hydroxy and now MTX by injection and I think that has kept it all at bay very well for me. It's hardly surprising yours is still a bit out of control if you only take Hydroxy presently. I hope you qualify for Rituximab very soon. Tilda x

heatherp in reply to

Thanks Tilda - yes hoping this application process goes quickly! The consultant has applied for the funding and apparently it takes up to 6 weeks to get approval - so that's just before Christmas!

I really think this flare has been caused by the flu jab, despite the fact I've had the jab for the past two years with no problems. My RA was better controlled as I was on MTX for both of those.

Glad to hear your 'disease' is doing so well at the moment! Long may it continue!

I had the flu jab for years with no problems but since the swine flu vaccine was added to the normal seasonal flu vaccine three years ago, I seize, literally, completely from head to toe within 24 hours of having the jab! This year, in anticipation, I dosed myself good and proper with an increased dose of pred a couple of days before and for a couple of days after and I was fine. My GP agreed with my thoughts that it was my over-active immune system overreacting.

heatherp in reply to Tillytop

Thanks Tilly - think I may increase my dose of pred for the next day or two to see if it helps things! What dose of pred are you on at the moment?

Tillytop in reply to heatherp

I am currently only on a maintenance dose of 7.5mg pred - which is sufficient at the moment alongside my Rituximab infusions - and, if I remember rightly, I think I upped the pred to 12 or 15mg in anticipation of the flu jab this time round, knowing how badly it affected me in previous years. In the past though when I have been on higher doses of pred anyway, I have needed an immediate dose of 25-30mg pred to enable me to move. I've been doing this for many years though so I am an old hand at increasing/decreasing my pred as needed but I wouldn't ever suggest to people to do so without checking with the medics first (sorry, felt I should say this because I don't want to sound as if I am giving medical advice).

Hope the flare subsides for you soon - and really hope you can get going on the Rituximab before too long and that it helps you.

heatherp in reply to Tillytop

Thanks Tilly - well foot was so bad this morning I could barely get from one side of the kitchen to the other (it's times like this you realise how many times you do go from one side to the other just making breakfast and school lunches for the family!), so decided to take 15mgs rather than 10mgs of pred. Thought I'd be working from home (which I'm fortunate enough to be able to do), but ended up going into work, and foot was great all day! Can feel the twinges settling in now as it wears off for the day, but at least I know I have an option to go back to. Left a message for the nurse to contact me (I wanted to ask about a steroid injection as I'd rather do that than increased oral dose), and she left two messages, but on home phone, so didn't get to speak to her! But at least with increased dose I'm feeling great today!

Tillytop in reply to heatherp

Really glad the extra pred helped you - magic stuff when it works eh? But I know what you mean about not wanting to increase the oral dose - I have osteoporosis and have to be v careful with the pred but it is a really useful "get of of jail" card in desperate times. Really pleased it helped you get through today though and hope you do manage to speak to the nurse sooner rather than later. I know exactly what you mean about suddenly realising how much walking backwards and forwards you do to perform everyday, simple tasks!

Paulajolo in reply to Tillytop

Well how strange. I had flu jab for 1st time ever in oct last year and by December I had severe RA. I think flu jab set it off. I had nothing wrong with me before then. of course medical professionals do not believe it could have caused my immune system to attack itself.

Exact same thing happened to me. No ra till I had a flu shot. The next year got the shot and ra symptoms again. Haven't had the shot for over 5 years but this year got the flu bad. Hard choice to make... to get or not.

I had exactly the same reaction this year - except it was my wrist and not my ankle - and I asked the same question on the site a couple of weeks ago.

Within hours of having the jab, my wrist had swollen and I woke in the night feeling like my fingers were going to burst. My doctor was unsure if it was a flare or an infection in my joint and put me on anti-biotics and high dose anti-inflams. It took about a week to settle down but is all ok now. I've had the flu jab for years but have never had a reaction like this before - although when I had the jab last year I'd only just been diagnosed with RA and had only just started on MTX. My GP also thought it could be my over-active immune system kicking in.

I hope yours improves soon.

heatherp in reply to Harpey

Hi - thanks, I'll look back at your question from a few weeks ago too. Seems there may be something in the jab causing inflammation! But one of those things where we have to weigh up the pros and cons!

My RA first became apparent shortly after having the flu jab for the first time a year ago, I therefore believe that it triggered the initial flare. A year on I still haven't fully got it under control despite being on Cimzia and pred. I'm therefore hugely reluctant to have the flu jab this year despite being advised to. As there's no evidence that the two are linked all my Rheumatologist has been able to say is hmmm that's interesting that you associate the two! Hope your funding comes through quickly. Tori x

yes i found my Fib and RA really flaired up after i had my hep B jab, so it put me off having the flu jab just incase it caused me a flair up. But i feel egg gives me really bad flairs and alot of jabs have egg inside of them. hope you feel better soon tho!

I had my flu jab last Tuesday, on the Wednesday, I woke up and my joints were all really stiff, the injection site was swollen and red, I had a sore throat and generally felt awful, my joints were more than sore for a few days, I take 15mg MTX injection and slow release diclofenac, I had my 1st rituximab treatments in July this year.

A week later and my joints haven't settled down at all, luckily I've got an appt with my rheumy nurse on Friday, I see Tilda has qualified it isn't a live vaccine but I think it has been changed this year, i didn't have a problem last year, wonder what has been altered we put that much toxic medication in our bodies, no wonder we get reactions occasionally. Best wishes to all Tricia P xx

I got a flu vaccine yesterday and last night I could not get comfortable due to minor joint pain all over but was able to finally get to sleep. I woke up a lot but was able to go back to sleep. This morning most of my joints are sore but not in a severe way. I have to conclude that the flu vaccine has something to do with it. However, I have read it is important to get a flu shot if you have RA. If this is as bad as it gets and I don't get the flu it will have been worth it. I will add that since going on a Plant Based Diet I have had no flare ups in the 6 years on this diet. I am also off all RA medications.

James 5v I'msorry to hear you have had a bit of a flare up with the flu vaccine. I'm not sure if you realise, but you have responded to a 7 year old post. It is unlikely that anyone from the post will respond.

I was wondering if anyone has experienced a flare up following the Covid Vaccine. I had the...

my rituximab in August now I realise ive compromised my flu jab!🤦‍♀️ Anyone else not had the flu...

is the jab or the RA as iv been having a flare up over the last 48 hrs, with hot painful joints bad...

this year flu jab sessions! I would be extremely grateful for people's advice regarding such a jab...