Humira and injections: I have just started Humira and... - NRAS

I have just started Humira and have now had 2 injections, and the result is fantastic. To be fair I have also had a steriod injection 4 weeks ago while I was waiting for the Humira paperwork as I was so bad at thins time, which did help to get things going in the right direction. Anyway I am now in No yes NO pain and I can even do things like click my fingers which have been impossible for over two years. Absolutely fantastic. Early days and my finger joins are still swollen but going down slowly. Just need to build up my muscles again now as I had not realised how stiff and slow I was.

The only question I have for others who are taking this drug is do the injections get any easier to do? First one with the nurse watching was hard but the last one on my own took me nearly 20 minutes to pluck up courage to press the button and starting to dread the next one already. I know that rationaly it is only 10 seconds slight stinging sensation to get rid of a lot of continuous pain but still can't convince myself to hold the pen against my skin and press the button. Might have to give in, close my eyes and let my wife do the next one for me! 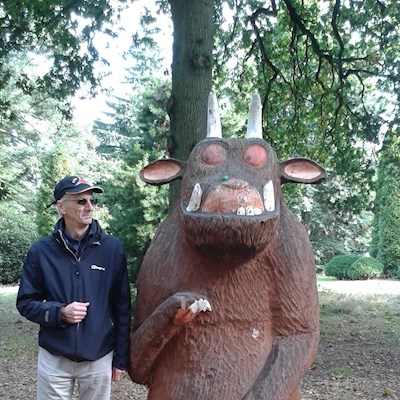 RichardG
To view profiles and participate in discussions please or .
Read more about...
15 Replies
•

Let the injection get to room temp at least half hour out f fridge and doesn't sting so much and yes yes yes you do get really used to it, first few times a bit nerve wracking . I find into the tummy best, yellow window fils up count t 20 and done for two weeks, fab drug. Roll on mcro nice tins they are n the way hopefully.

I don't have the humira injections but I have been doing my own weekly MTX injections for over 2 years. You would think as a nurse I would have no problems doing my own injections but even now I still have to take a deep breath in before I inject myself. At one stage I was dithering around for ages with the needle in my hand trying to make myself do the deed! It is the anticipation of the needle prick as well as the stingy product. It will get easier I promise. Think of the benefit it will give you. Don't worry if you need to get your wife to do it, but try and do it yourself as well, just in case she is away or something. Really glad the drug is working its magic for you. Take care. Wendy x

It does get easier with time Richard. I'm fine now, but in the earlier days I sort of blackmailed myself. I told my wife "Just going to inject myself now - if I'm not back in 5 minutes (Laughs)". So I then had 5 minutes to press the button - or have my wife (and all her friend who she was bound to tell) laugh at me for ever. Good luck

BTW. For the first 3 months on Humira, it truly was a miracle drug. After 9 months, the effect is less dramatic but still better than when I was on 20mg MTX.

I have found this really interesting . I have just been offered Adalimumab(Humira), so

I am trying to get as much info. as possible. I would really welcome any more views

from anyone on this drug for the treatment of R.A.

Hils in reply to ladydeerthorpe

I have had RA for 4 yrs now and have found that nothing brought me any relief. However, I have been on Humira for 2 months and I am feeling so much better in many ways, not so stiff in the morning, hands not so swollen, joints settling down and reduced pain. Hoorah.

jaki in reply to ladydeerthorpe

Im on this drug for R A and its been the best ive taken in years, i had so many of my joints affected by R A I needed a new knee which i have had surgery on it had it drained and also joint injections but now all the swelling has gone and i can bend it again. Ive been on it for 13wks now and im not good with needles but im getting there> good luck and i hope you get the results like ive had with no side affects as well which is a bonus.

they get used to doing the injections my daughter used to do mine , but hate to rain on your parade, like you l had Humira n it give me a new lease of life, but like the nature of RA, RA fought back after a while and now lm back to sqaure one! you may be lucky n hopefully it may last 4ever, but as l tell all RA suffers make the most of your good days, and good luck and may it last longer than mine,,ps if you have a choice use needle none the pen injections, they go off very easily lol

I have been on Humira injections for about 4 years and I still hate self injecting. I find that if you let it get to room temp it does help, also I find it better to inject into my stomach. I found it hurt way more in my thigh. The benefits are brilliant, I still get the odd flare up from time to time, but the pain is no where near where it was before. You definately get an initial boost in the beginning, that then subsides. However, I do believe that this is a wonder drug.

I find it less painful in my stomach but it still stings. I now have to do MTX by injection and can see the needle- help! I spoke to the blood lady about my fears and she has to inject herself with a stinging drug her advice was to hold an ice cube over the area until it starts to melt, then dry with a tissue. I will try the next week with the Humira to see if the stinging eases.

I know the feeling!! I let it warm up for about an hour, which more or less stops it stinging. I also do it in my stomach - I was told this was less painful than the thighs!

I have a hot bath, then do it straight afterwards, when I'm dry.... seems easier mentally preparing that way - but I do know exactly what you mean - especially if the last one bruised! I now count 10 and then go for it! I am better if my husband is in the room at the same time - he seems to distract me a bit!

I have to say I agree! I have now been on Humira for 5 years and am pleased to say it is still brilliant! I have to get my husband or my 12 year old son to do the injection otherwise I end up jumping and the Humira goes down my leg! I am trying to build up to doing it myself I know even hold the pen! Tummy is best though. I do mine about 4 inches each side of the belly button.

hi , am so pleased that Humira is working for you . and a little jealous lol. I had infliximib abut it did not work, then they put me on Humira and was self injecting for over a year , but even though it did not work was kept on it until had to stop it for other reasons. I did not have the Pen it was a proper intection ,yuk.... and had bruises for a year after , but that due to other reasons too . So I hope it really works for you . and works for along time . good going ..

i tried himira for about 8 months initially did resond well but after about six months joints got worse and side effects to bad so had to stop . hated injecting my self never got used to it but glad it is working for you

Im on this drug for R A and its been the best ive taken in years, i had so many of my joints affected by R A I needed a new knee which i have had surgery on it had it drained and also joint injections but now all the swelling has gone and i can bend it again. Ive been on it for 13wks now and im not good with needles but im getting there> good luck and i hope you get the results like ive had with no side affects as well which is a bonus.

What can she expect for the next few days? She has been in pain for so long now - almost 16 yrs...

apply to be put on the injectable drug Humira. I live in australia and to have this subsidised it...

I had my first Humira injection on Monday. I have read some people notice a difference in a couple...

are all relatively pain free.

Having had my second Humira injection yesterday ,I have felt just...

I have had three Humira injections so far and am struggling! The first jab was amazing, I...