Masks remain in Scotland: I missed the chance to... - NRAS

I missed the chance to respond to the removal of covid restrictions in England. Just want to remind everyone in Scotland that masks remain mandatory for the time being. Please stay safe. It does feel as though the immunocompromised have been dinghied. 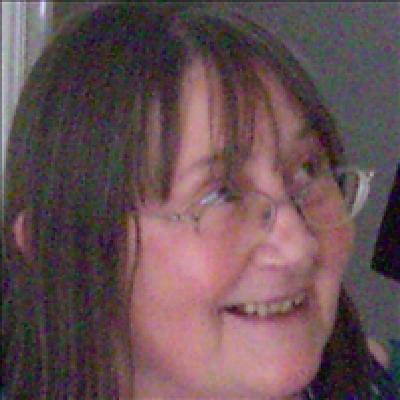 cathie
To view profiles and participate in discussions please or .
23 Replies
•

Are there any houses for sale near you?

Absolutely! I feel we’ve been left behind and when mask wearing goes, it’ll be more difficult for us to safely go out. I feel a bit safer when folk wear masks and mostly keep their germs to themselves! M x

cathie in reply to marie66

There was a useful article in yesterday’s Guardian about masks which better protect the wearer.

We are not considered. AGAIN. It’s very upsetting ☹️. I am actually going to learn to drive later this year, and then (if appropriate) get one; two years inside is enough.

To dingy someone is to ignore or abandon them. I had a Scottish auntie! I’m ordinarily not a fan of anything Wiki but this list of Scottish colloquialisms is extensive so will share it. Bear in mind as with all things Wiki some may not be exact en.m.wiktionary.org/wiki/Ap...

Entertaining list, my husband and I are both Scottish, I’ve heard of a lot of them but neither of us have ever heard of being ‘dingied’. We’ve lived down south for forty years so maybe it’s a recent expression.

cathie in reply to Fruitandnutcase

I suppose it's like most colloquialisms, they're often used one place & rarely if ever another, even in the same country.

cathie in reply to nomoreheels

Gary Tank Commander used the expression in a very entertaining way in a Christmas show in which he interviews the then party leaders here and asked them who/what they would dinghy. I have images of Treasure Island - put in a dinghy and being put off the main boat to survive or not...

nomoreheels in reply to cathie

cathie in reply to nomoreheels

nomoreheels in reply to cathie

I didn’t realise he was Scottish. Only seen him in The A Word & he has a Yorkshire accent!

Gosh I’ve been living down south for too long - I can hardly understand a word he’s saying and I watch Susan Calman, Rab C Nesbit and Billy Connelly but this guy - nope 🤣🤣🤣

cathie in reply to Fruitandnutcase

apologies for being off topic still, but have you seen Limmy's videos online?

Fruitandnutcase in reply to cathie

Oh lucky us! To have a glorious leader to tell us how to live our life.

I'm not sure what you mean here. I'm happy to live where people are still largely wearing masks to protect one another. But I'm still not going out much!

Fruitandnutcase in reply to cathie

We may be allowed not to but people are free to make up their own minds and most people around here still choose to wear masks. Thank goodness for common sense.

My son in NZ’s friend’s six year old son had his first Pfizer vaccination on Friday. They went into Red today because of omicron. Not many cases so far but the ones they’ve got seem ti have a lot of contacts so I think omicron could take off soon over there ☹️

called Dr Bowden. But if we do move back to Scotland I just need to know what I can be prescribed....

to notify any medics of being on Enbrel which may mask symptoms, although I had a few infections...
•
11 Replies

So not wearing a mask !

hands or have masks on. My softly spoken husband politely said to one had she forgotten her mask....

Just back from Rheumatology at Western General in Edinburgh. EVERYONE was wearing masks, plenty of...

but now I have a rheumatologist who responds quickly and I feel a bit more supported. And dont we...