Ps I told a ‘friend’ about my struggle and she said that she thinks that it’s because I need to lose weight! 😬 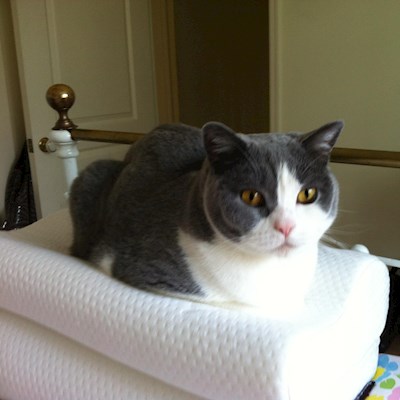 Smithycat
To view profiles and participate in discussions please or .
41 Replies
•

Very tempted to say something rude about your friend but I won’t. Unless she has RA I don’t think you need listen to her/him.

I told her that she cannot possibly understand if she doesn’t have the disease or have to deal with the effects of the meds. She agreed but feel that it was just lip service! 😘thanks for your support 😀x

Sorry haven’t got a two fingered emoji to send your friend. I’ve gained weight since diagnosis and I can’t shift it . I don’t over eat or eat processed food . I use to be extremely fit and maybe that’s why I just don’t do as much exercise . I never use to sit down always on the go . Now my sofa has an imprint of my ever growing bum.x

Smithycat in reply to J1707

I told her that she cannot possibly understand if she doesn’t have the disease or have to deal with the effects of the meds. She agreed but I think that it was only lip service. Thanks for your support. From someone who does truly understand x

If I was you I'd give the so called "friend" a slap....👍 😂 ah some people will never get what RA is all about, my daughter-in-law included, she thinks I'm getting lazy and she was told in no uncertain terms what I thought of her theory .....I haven't heard from her for 2 weeks now 🤔😂

joanne2 in reply to Bootoo

slapping people is not the right thing to do. Speak to others kindly as you would like to be spoken to, it is sad that you upset your daughter in law instead of explaining to her kindly. we cant be angry with other people who don't understand our pain.

Bootoo in reply to joanne2

Really... 🤷‍♀️ it was said tongue in cheek hence the laughing emoji and as for my daughter in law we are the best of friends and I haven't seen her for 2 weeks because she is on holiday.

First reaction was 'you cow'. Second reaction was to drop her/him like a hot brick because there was no need for rudeness

Thanks. I felt very hurt because she acted like I am allowing myself to be a victim and that I am not helping myself. People are so ignorant about this disease and the effects of the meds we have to take to mitigate the damage. 😬

Most people don't have a clue about our complaint and aren't they lucky! Perhaps a few leaflets from NRAS could help educate her a little. Which is why having this forum, where people do understand, is so very important.

I’d wave the rude “friend” off to the horizon and not want to be in touch. Silence is an answer!

I'd be tempted to tell her to step away from the mirror, cheeky so and so, you can do without friends like that!

Unfortunately weight gain is an issue, I added quite a bit because of the condition and meds but decided to do something about it.Exercise has very little impact on weight loss however obviously it is vital to keep as healthy as possible.

I opted for Keto then that naturally led to Intermittent fasting. Its brilliant lost a couple of stone and now off Methotrexate. I was in remission however.

Majority of illness is inflammation, so sugar was my enemy and with that carbs. I will never look back. I feel like a new person.

Yoga is my best arthritis friend and that has been so much easier since the weight loss.

Neonkittie17 in reply to Millie66

I’ve dramatically reduced sugar in so far as sweets and biscuits (which my husband fills cupboards with! He’s super slim and athletic but I’m much more disciplined as I want to get back in my clothes easily.

Millie66 in reply to Neonkittie17

It's tricky at first but my hubby and I are doing it together he's had great improvement in his Psoriasis 🙂Still eat 'naughty' things but sugar free choc brownies, lemon cheesecake etc.

It's great eating stuff I thought was bad for me... Basically fat 😁

Neonkittie17 in reply to Millie66

You do adapt and find lots of other things to enjoy and less sinful treats too. 😋

I don’t think people understand RA. I know I wouldn’t have done before having it myself. Go easy on them and yourself. They’re still your friend and will want the best for you.

Stick a few pins in a voodoo doll, then smile sweetly at them 😘😊😀

I bet she isn't your friend anymore. xxxx

I think I would’ve blown up volcanically ! It’s hard enough to admit you’re struggling without someone telling you you’re not doing enough . 💐

How rude and hurtful. When I was working, the first day back after school holidays, I remember the janitor came up to me and said, omg you have put weight on. I was very anxious coming back to work as it was, this didn’t help. I had been on high dose steroids over the holidays, I had full blown moon face but my body was the same. I ended up all day talking about my moon face to avoid any more comments. Some people open their mouths and let’s their belly rumble. Take care xx

It wasn't the greatest thing she could have said to you but just wondering if maybe she thought she was being helpful. Maybe she is foo upset or embarrassed to contact you. Does she deserve a second chance? We all make mistakes. Only you know how good a friend she is. Don't cut off your nose to spite your face. I hope you can sort this out.

Aw that is not kind 😢 I hope you are ok. Sometimes peoples words are so hurtful.

Don't listen she clearly does not understand. You just be you. Xx

I once had a friend, who had just lost weight, say to me that she was like me before because she had no idea of how fat she looked. So I guess I look even fatter than I think! Why do people say such things?????

People do not realise how cruel they are being, I hope anyway. However, try and avoid that person if you can, they clearly have no understanding of your difficulties!

Not good 😔But it’s down to ignorance, people need educating about what an awful disease this is and how the medications ravage our bodies.

Please don’t take it to heart, difficult I know.

Oh dear. 🙁 I've a tendency for being straight talking yet I'm amazed at the things some people say, and not one to say such thoughtless unhelpful, unkind things.

Problem is impossible for your so called friend to have any idea what you're dealing with.

Try to let it be water off ducks back and hopefully you have other kinder friends?

Is that your ex friend ? Xxxxx

She might of trying to be helpful and some people who are very overweight can struggle more with weight on their joints.Can I suggest you show her in print what rheumatoid arthritis is.Obviously she doesn’t understand and when she does she probably will feel bad and help you in other ways

Sorry to hear that you experienced this! I think some people think they know what you're talking about when you mention RA but they really have no idea! They then make comments which are hurtful or frustrating.I now try to educate people about the condition and meds I take as much as possible.

And who hasn't had a doctor say in response to any medical condition that weight is a factor. It's the universal panacea that impacts on everything from Covid to OA, Diabetis to heart risks and stroke . I think her/his comment was thoughtless and probably silly but is it worth loosing a friend over ? I don't know only you can answer that. But I do disagree that people need educating about RA. Rarely to doctors have any of the conditions they treat and . I never bother to tell anyone I have RA as the medications have given me remission for many years. So my life is normal as far as RA goes, So I'd just say forget her/his comment and enjoy your friendship as we all can say something which was not meant to be rude or offensive and regret as soon as the words said are heard. If you don't want to do that then probably they are not a good enough friend and just move on.

Don't u wish that these people could experience it for a short term just to understand? Not trying to be mean, but some people need to experience something to get it. I suppose it was well intentioned, but really upsetting.

🤨 Where do some people get off making comments about a person weight while they are struggling with pain and reactions to meds. Like everyone on this site. We all love you! Just the way you are whatever package you come in. The person should be wishing you less pain and discomfort. Let her walk a mile in your shoes! Pay her no mind. I just ignore people like that. Not that it wouldn't run through my mind for a while. It is hurtful. 💗

OMG 🤦‍♀️I wonder if your friend is my mother 😂

😂😂😂or my father. If I here I’m carrying a wide load again you will see me in the newspaper for murder 😂😂😂

certain positions but was very sore! She said she doesn't think I have RA but carpal tunnel syndrome

Even more upset after today

today's conversation in which I rang to say my GP has told me it looks like I have AI hepatitis and...

Even more confused? MRI is clear...

you’re all doing well! Just having another rant because I’ve received another letter and, again,...

due to too many patients for the beds.

I was told to go back in after phoning at 7am and went in...

an antibiotic. I really hope that’s all that’s needed as the thought of returning to hospital right...

Third vaccine as on Methatrexate