Hi all, Just wondering if anyone else started getting worse side-effects from methotrexate after a long period of time? I've been on it for years and usually get side-effects later on the day I take it, so on a Friday I take it and then have a few hours in the afternoon when I feel tired/wiped out and sometimes nauseous, so I just rest and sleep and it's better by the late evening. The last couple of weeks though it has been worse, and is carrying over into Saturday and last week also Sunday with similar symptoms. It was like this when I first took it, but over the years had improved. Anybody else experienced this? 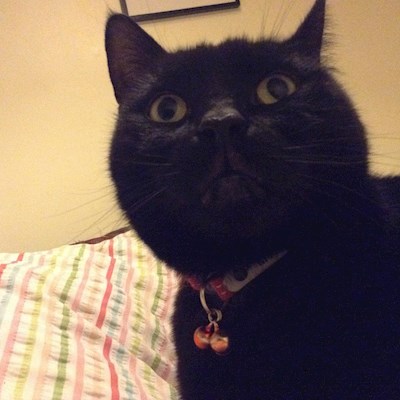 dawkin_S
To view profiles and participate in discussions please or .
Read more about...
18 Replies
•

I did start to get mouth ulcers after 2 years on MTX. How much folic acid do you take?

Well that's the thing, I'm already taking it six days a week (the non-methotrexate days). It just seems really weird to me that the side-effects suddenly started getting so bad - I have had that in the past when I've had to come off it for a week or two, and then for a couple of weeks on restarting I'd feel rough but then it would settle down again.

Yes this happened to me last year . It got so bad I slept for 36 hours . I was finding 6days a week I was extremely hungover after MTX . I was advised to stop . I stopped for 6 weeks and when joints started to get bad I reintroduced it at a lower dose that was increased over 12weeks . I still get the odd bad few days but generally doing ok 7 months on.

Ah that's interesting, J1707 - luckily I have a phone appointment on Friday with the RA Nurse. She's not been that great previously tbh but I'll discuss this with her. Glad to hear you're doing better now.

Yes, but for me it just got worse over about 7 months .

👋 hey I take methotrexate and always have to have a snooze on the Saturday pm so that I feel ok in the evening. Sunday’s I feel pretty run down and Monday’s re awful I start to feel better by ties nigh and by the Wednesday evening feel a lot better but this seems normal for me x maybe speak to your consultant if it’s getting worse x

I was on it very successfully for seven years ....but all of a sudden it went pear shaped and I had to stop taking it.You might just need a change of dose,...but do have a word with your Rheumatologist and I would suggest you take his/her advice. I really didn’t want to change..... I thought I was set on it for life but there is life after methotrexate.

Hi - yes I was on MTX for many years (about 12) successfully and then gradually I felt grim for more and more of the week - to the point that I would spend 2 days on the sofa feeling dreadful and then two days unable to move far because of the nausea and so by the time I felt normal it was back to MTX day again! Not good with (part time) work and small children.

I had reduced dosage to see if that helped (not really); then was moved from tablets to injections and that improved the side effects for a a few months although I still felt a bit fragile. But then it started to creep up on me so much that I started to skip some weeks as I just couldn’t face the ill-feeling.

As I am also on Humira the consultant gave me a gap of a few weeks with no MTX and moved me to leflunomide. So much better! I felt like the MTX was poisoning me and my body really hated it. No issues with my current leflunomide/Humira combination (4+ years). There are other options available to you. Best wishes.

Yes I was on MTX for around 11 months with worsening side effects and had to stop.

I am now on mtx for over two years. Nausea and tiredness settled after about a year but I have now developed pernicious anaemia or foliate B12 deficiency. The doctors won't confirm if it is related but I have my suspicions. I was taken of mtx for a few months but I'm back on now on top of regular vitamin injections. Personally I'm glad to take mtx for not making my RA worse. I have nausea tablets should I need them and fatigue anyway since I also have CLL.

I take mine in the evening after I've eaten so I sleep off most of my symptoms.TBH I never know from week to week how I will react to it.

Some weeks just feel tired but then have looked after grandson day before .

Other weeks feel rough for 2-3 days after, find I'm not well in other ways when I get

the longer days to recover.

I did after a year, but it was around the time I had an increase from 15mg to 20mg. It was at a time where I had a new Rheumy & he questioned why I was still on tablets. I had no specific answer so he started me on injections. This was before pens, they were prefilled syringes. As you're taking max dose folic acid & you're still on tablets perhaps going on to injections would help or dispel the side effects you have now, that is if you're not already?

I don't know whether this reply will be much help - it's just my personal experience of 23 years of methotrexate.

On the whole I've found it the best treatment of all that I've had. I would echo the comment by helixhelix about mouth ulcers - but years of folic acid have had a beneficial effect ( since 2000). I have always taken 4 tablets per week (each 5mg) missing out the day before, the day of, and the day after methotrexate. I have never varied since 2000.

As I get older, the tiredness becomes more noticeable although I've never had high doses of Methotrexate. The highest was 15mg (oral); now it's 10mg (SC) in partnership, since March 2020, with the biologic infliximab. Also my balance is suffering more than before (but that can also be an effect of the biologic). I am expecting to reduce the dose of Meth at some time if the biologic continues to be acceptable.

Of course, it is possible for your body to get used to these DMARDs and to obtain more benefit your doctor may increase the dose - which may bring disadvantages - and sometimes a change of DMARD is indicated after many years of the same one.

It's all a bit of this and a bit of that - just trial and error - but your doctor is the one to advise any change of regime.

Good Luck - I would just add that often it's just your body's different reaction as it ages!!

Hi thereI have been on methotrexate for 5 years, in the last six months even the sight of the tablets made me feel poorly

🙄 so I swapped to the injections, definately feeling less poorly in the week. Good luck .

Hi I was on methotrexate for about 2 years then switched to injection due to nausea which would last for days, then about 2 years after starting methotrexate injection the nausea returned. It got so bad that I used to sweat and shake before I injected it, then I used to throw up, I stopped taking it for about 5 years but am now back on the tablets but on a very low dose, (15mg) when the sickness gets bad I drop the dose by a tablet, 5mg, then following week back to normal dose, this seems to work for me, but obviously we are all totally unique, you just need to find what's best for you. Good luck X

Thanks so much for all the replies, folks - sounds like a not uncommon problem. I will discuss the options with the nurse on Friday and maybe see if I can drop down a dose as I've only had one minor flare in the last six months. Thansk again.

in both knees for the last four years. I’ve had five weekly doses of methotrexate so far. I...

Methotrexate - side effects or flare?

started on methotrexate 5 weeks ago. So far no positive effects however I know it can take some...

been run over by a bulldozer. Didn’t feel much better all that day. Come Friday side effects eased...

So - if it can take weeks even months for medications like mtx to take effect, is it the same with...

Methotrexate tablets and side effects?

yuckiness after taking them, I am now also feeling quite rough from the 2nd day after taking...