ARRGGGGHHHHHHHHHH The NHS: Don't get me wrong the NHS... - NRAS

Don't get me wrong the NHS are great but my god, do they waste money and time or what!!!!! Saw the consultant Sept, he wanted then to see me mid-Dec, the appointment team have completely ignored this instruction from him and given me an appointment on the 29th Jan - but apparently that's only a provisional date and could be changed, they have no idea when its going to be confirmed or not. I have spoken to three different people about this and despite them apparently putting notes on the system, and contacting the woman who allocates the appointments, and they cannot give me any further info, and surprise surprise you cannot talk to the woman who allocates the appointments. Massive eye roll and SIGH, no wonder they have issues ! Rant over - sorry had to get it off my chest ! 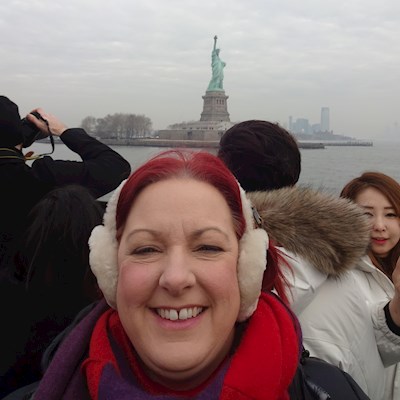 Rubyroo1
To view profiles and participate in discussions please or .
25 Replies
•

Know what you mean about wasting money (and time and energy)...I once got a letter to call the surgery ASAP to arrange a phone consultation with GP. I was worried as the letter arrived on a Saturday followed by a holiday Monday, and I wasn’t waiting for results or anything like that. So after it took ages to get through to the surgery on the Tuesday, I duly set up the phone consult for several days later. Finally the appointed day and hour arrived...all GP wanted was to find out if I had received a Rheumy appointment!! Goodness knows why a receptionist couldn’t just have rung me and ask that question!

I agree a lot of money and time wasted. Usually get 2 or 3 letters for one appointment, followed my 2 phone calls reminding me the week before not to forget. One letter and one phone call more than enough.

dtech in reply to pip12

Only two or three letters? Last week I had SEVEN copies of the same letter. One telling me the six monthly check up appt in April (which I knew nothing about anyway) was being cancelled and a new one, for the week after had been made! So that was 14 sheets of paper all put in the same large envelope! Which of course cost more to post🙄😂

I good to have a rant now and again you sometimes wonder .every hospital must be different .ours you get your appointment at reception on way out for 6 or 12 months

Here here to the arrrrrgh!

Last saw consultant in January or February last year, so long ago I’ve forgotten which...seen the rhumy nurse twice since but both times she said I should have received an appointment to see rheumatologist... none has appeared so it’s down to me to chase them up, it’s a good job I’m doing ok on the hydroxy as I’ve not seen the consultant since he put me on it! Bad really!

Rubyroo1 in reply to Ssmart

No-one has given me any details of a Rhemy nurse, but read often here that people do have them, relatively new to all of this, so in the hands of the hospital really and waiting for them to inform me of things, here's hoping.............

Ssmart in reply to Rubyroo1

My initial diagnosis appointment with rhumy was so brief he said here’s a leaflet about a medicine you will have to take everyday you will get an appointment to see the nurse who will explain everything and give you the medication- I saw her about a month later and she didn’t have the prescription he hadn’t sent it through... eventually started hydroxy in March... 🙄

Cheylann in reply to Ssmart

Yes I have found I constantly have to chase them and follow up for any care I may need. However, I don't mind as decided a while back to take responsibility for my own care as at the beginning of this journey I used to think they had forgotten me.

Agree I often laugh at how ridiculous their systems are and how much time and money wasted however in an emergency u get the best care as they saved my life when my stomach ruptured due to taking ibuprofen so no matter how fru strayed I become I always think of that and know that when it really counts, I'm in safe hands.

Ssmart in reply to Cheylann

Cheylann in reply to Ssmart

Just a thought, if you have the phone number of your consultants secretary I would ring them and tell them your problem. I’ve had to do that a few times and she always gets back to me with help. Good luck.

Rubyroo1 in reply to barbieg

Thanks very much, I will try that, thanks.

You are so right , so much money is wasted, they do that with my R/Athritus tell me they can’t make me an appointment now they will send me one, which is never when my consultant ask for , I have got my consultants personal mobile, she always phones me back and if I felt I need to see her, will always make an appointment for me, she understands why NHS is in such a mess just waste money after money the whole system needs redoing , will never understand how us patience can see so much waste of money just postage for one . Wishing you a happy Christmas Elizabeth xx

My Rheumatology dept is in charge not just for my RA, but also my Osteoporosis AND Vasculitis. So they have 3 options for getting it wrong.

Rubyroo1 in reply to

I totally went nuts because I was put on a new drug (Baracitinib) in August after doing all the chasing finally got 1st supply in October. Took them for 10 days was feeling pants then had bloods done at GP’s on a Thursday was rang Monday evening by GP who was filing results and noticed they were deranged and promptly told me to go to A&E (turned out 8 hours later) that there was perhaps a lab ?? error and bloods were ok. Anyway back to why I spat the dummy out, I found out I wasn’t being monitored at all by rheumatology so what could have been potentially life threatening was not in their interests to tell me about. I went berserk I’ve been here before which is why I have zero immune system and never will have. Anyway got a call this week from rheumy nurse to follow up if I was still taking Baracitinib it seems going nuts has put anyone taking Baracitinib on their radar and they’re monitoring patients now horray. Unfortunately I’m back to no treatment until immunology can come up with a different plan to enable me to restart drug. So I’m hoping 2019 is going to be a better year with a treatment plan that works after 5 years with nothing.

Rubyroo1 in reply to Leics

Good luck with it all, sounds like you have had an awful time!

I have had the opposite!

I saw GP last week of July, got back off holiday 14th August to find a "book your own appointment" letter, booked appointment for 5th September - saw consultant, who saw me, got me to have blood tests and x-rays that day (2 minute wait for walk in bloods and less than a minute for numerous x-rays). Got an appointment for 2 weeks later to get methotrexate, given a pile of blood test forms, booked next appointment on my way out and get a confirmation phone call a week before appointment. Following appointments have been the same.

I can't fault Christchurch for organisation or efficiency (appointments are generally on time too).

Rubyroo1 in reply to Sencosheep

At my last appointment in August my very nice consultant said that as I was in a lot of from swollen joints they would see me again in four months. The appointment came through for Christmas Eve. I rang and said I couldn’t do that appointment because we were away. I was then told that the next available appointment was April 1st. What a joke!

Rubyroo1 in reply to helenlw7

that's ridiculous ! Blimey I hope you get an appointment sooner !!!! Best of luck.

helenlw7 in reply to Rubyroo1

I had an appointment come through for the Rheumy clinic at 16:30 on 24 December!

I couldn’t make it anyway, but would it really have happened then?

They regularly cancel and move my appointments - often at least a couple of times.

If they do that with everyone, the admin overhead must be huge!

can and cannot eat. Menu is given out to choose daily and each day there are no foods she can have...

This is my first post here and have found reading all your posts reassuring, I don't feel quite so...

The NHS is really struggling

to use metoject injection for methatrexate my appointment has come through from the hospital and...

on the 5th Jan. He said he could not do this because he had not been sent any instruction letter...

Some of my friends have been paying for online classes. Not being...