Hi all. I just wondered if everyone went down the NHS standard vaccination route, or if anyone went private and did them separately? And if so which vaccines did you go for? I'm not keen on the idea of little one having them all at once. Thanks in advance! 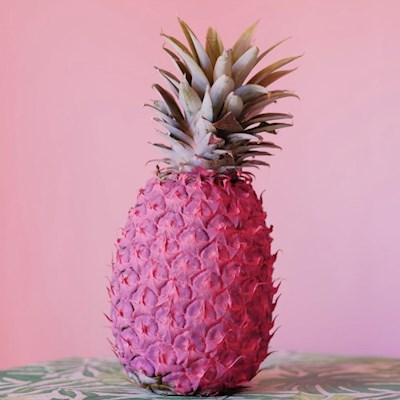 Pink-Pineapple
To view profiles and participate in discussions please or .
Read more about...
11 Replies
•

I will do the standard NHS vaccination route. They wouldn’t do it unless it was safe, there are huge processes and trials to go through. Unless you have some specific evidence, if it’s just general worry, then perhaps think of the millions of babies that have it and are just fine. It’s best to get the protected as soon as they are able to at their most vulnerable time. Delaying could cause all sorts of problems if they catch something, through to disability and death. It’s avoidable with the full vaccine at the NICE approved time.

Hi - NHS vaccination route here, baby is 6 months and had no issues then or now.

I went down the NHS route. My 3 month old daughter has had 2 vaccine appointments so far. No issues so far. I personally wouldn’t want to have lots of injections going into her thigh. She also had to have a BCG because of where I am from. It is not nice to see them upset from being injected so I like the idea of combining the vaccines.

Another big fat yes for the NHS.

My son is almost 2 now and we had no problem with the combined vaccines (NHS route). He had a bit of a fever afterwards which is normal and I imagine they’d also get after individual jabs. He found the process really upsetting as most babies will, so as someone else mentioned, I’d rather get it out the way in 1 go!

I did all the combined vaccines for both my babies. I looked into it, it is safe and actually more efficient and kind for them as they suffer the immune response only once for 48h afterwards instead of multiple occasions of having a jab and being unwell.

Both my brother and I also had the combined vaccines as babies and children and we were fine so I felt confident about it.

I did take my daughter to have the chickenpox vaccine privately as it is not offered on the NHS unfortunately. In the rest of Europe and the US the chickenpox vaccine is offered as standard as part of the MMR combination. That was the only one we did separately and I wish she could have been spared the additional trauma at the time. It’s so upsetting for them every time they have a jab. The less times the better!

Unless there is a medical reason to have them separately of course, in which case it is better than risking their health.

I can’t imagine having to subject my son to more vaccines - it’s upsetting watching him have them and then feel a bit wobbly after. The rotavirus one seemed to have the most side effects as he didn’t have a fever just a runny tummy. It was done and dusted in 48 hours.

All 5 of my children have had the combined injection. My eldest is 22 years old my youngest is 5 months old. They have all been okay. They had the usual slight temperature and were grizzly for a couple of days but other than that there were no complications. Nobody wants to see there child suffer, so for me 2 two injections and the drops in the mouth is more than enough. I would not dream of my children having multiple injections and inflicting on them unnecessary suffering.

Although it feels like a lot in one go, it’s much kinder than stabbing them with needles multiple times over multiple clinic visits-I can’t imagine purposely putting my son through extra injections than necessary. I have done the 8 and 12 week jabs with my son, totally fine after both. Xx

Both mine have had the standard NHS ones, much easier to do it in one go. I had boob at the ready for each one and they immediately had a feed and had stopped crying before we left the nurses office. They had calpol and were fine. I definitely wouldn't bother paying extra for private or for split doses. I think it's best to only put them and you through it the minimum amount of times.

There is no point going private as they can’t supply them all separately. Also as someone else said if you delay some then that’s more change of then getting that illness while you’re waiting! The only vaccine we got privately was chicken pox as it’s not on the nhs yet

nurses have lovingly called them). The tubes you are are their hi-flow, which was \\"installed\\"...

so I am totally certain she got that right. She did ask the consultant on duty if they needed to...

I mean I don’t really put him down on the ground since I have title all over the house. I bought...

Pregnant and 6 month old baby too!!! What am I going to do?

it. My husband and I aren't daft, as soon as little one arrived I had the implant fitted and it is...

day, one being a bottle before bed. Am I supposed to start transitioning to whole cows milk once he...