I’ve told my hubby (obviously) but am desperate to tell my best friend!! Hubby is saying not to in case it’s jinxing everything and most people we plan to tell at 12 weeks but it’s so hard keeping it all to yourself!.... what did you do? 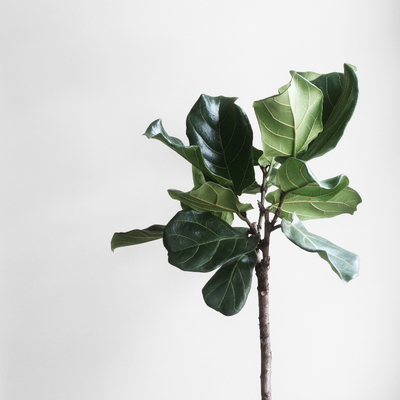 Waitingtomum
To view profiles and participate in discussions please or .
17 Replies
•

I'm 7 weeks. I told my best friend before my partner lol this is my 3rd & each time I've told my close friends pretty much straight away.

I'm not superstitious. Telling or not telling people isn't going to change the outcome at all so it's just a case of whenever you feel ready x

when I found out I was 6 weeks pregnant and my husband put it on facebook... he was so over the moon after 5 years of trying he wanted everyone to know and everyone did know after that lol. its up to you when you want to tell people some people do wait till 12 weeks or some people let it out straight away xx

I told people close to me straight away at 4 weeks, I've had 2 kids prev no problems with pregnancies didnt think anything would go wrong. But we miscarried at 12w it didnt make a difference telling people or not you need support with mc I wouldnt facebook announce or anything until further on in a pregnancy. Ive had another 2 mmc since at 13&12w again I told the same people as before. This time if we conceive again Im not even going to bother until I need to either way.

We didn’t tell anyone until 8 weeks, we were aiming for 12 but I was so unwell that parents would either have guessed or be concerned about me. So we told parents at 8 weeks. I told 1 friend, OH told his boss again because I was so unwell. We waited until the 12 week scan to tell a few more family and friends. I’ve still not told that many people and haven’t made any social media announcements at 17 weeks. It’s a personal decision though, there’s no right or wrong. We’d been TTC for 3 years so I think we just needed time to ourselves to feel it was real (still don’t really).

I thought I was pregnant at New year's Eve, so I told everyone that I won't be drinking as I suspect I am expecting. 37w now.

If you're superstitious and believe that it can Jinx it- then better don't tell.

I personally prefer to tell everyone, because, just in case I need support in either way. No need to suffer in silence.

And also - I was soooooo sick up untill week 16-18 with both my pregnsncies - I could not hide even if I wanted 🙈 and I would not like to lie if someone asked me.

First of all congratulations on your pregnancy.

It’s a very personal choice who want to tell.

We were cautious as we had a chemical pregnancy previously before conceiving our daughter. We told our parents & siblings & my grown up son when we found out at 4 weeks. I had spotting so it was nice my close family knew & could support us. I ended up having a scan at 10 weeks due to full flow bleeding, as I had time off work due to the bleeding I ended up telling a few colleagues. I didn’t officially announce it until I had my 12 week dating scan on Facebook after telling close friends & family in person.

Me and my husband didn’t tell anyone till we had 1st scan, just incase anything happened. But everyone is different x

We waited until we'd had our 12 week scan before we told anyone with both of pregnancies, which were actually at 13 weeks + 6 days and 12 weeks and 2 days, respectively (so a really long wait with the first!!).

This was mostly because with the first it was through ivf and we didn't want to chance sharing such good news after all our years of ttc. My mum and siblings knew I'd gone through ivf but didn't know exact dates, so it wasn't a surprise for them, but it was for everyone else. Then with our second because it was such a miracle that we conceived naturally and nobody was expecting it!

To be honest in both cases it's been my hubby who has been the cautious one, although I never had a problem with his decision to want to wait as it really did feel best for us and it's nice to know that things are really ok before I told everyone - because I did just want to shout from the roof tops I was that happy.

It's really your choice. If you feel you will benefit from the support of friends and family, you should definitely share the news as it can be hard when you've wanted the pregnancy for so long. Tommy's the baby charity also stress that it's not a bad thing to share the news as the sad thing is that when pregnancies end in miscarriage (and I hope that doesn't happen in your case) it's almost harder for people to cope with the loss as they'd never even had the opportunity to share their great news, so never 'had' the baby at all.

Do what's right for you. Keep well and I hope you have a healthy 9 months!

Congrats. I don't think it would affect the outcome. I told close friends and my reasoning being if something did go wrong (and we have had a lot of problems) then I could turn to them for support xx

I’m now 19 weeks, I told my best friend at 4, then my parents after a private scan at 7 when a heartbeat was confirmed. I suffered from loosing 2 previously xx

I announced his birth on social media but hardly anyone knew I was pregnant. If they seen me in person (it was blatantly obvious- I was huge), if they asked I told them. I told my mother and brother, stepfather, bestfriend and close friend as she was my gym partner at 6 weeks when I found out. I told another close friend as I was living with difficult flatmates but that was it.

Any other close friends and close family so aunts etc found out at around 14 weeks. After my scan. X

We told my mum and step-dad the day after finding out when I was exactly 4 weeks.

We were planning on waiting to tell everyone else (husbands choice) but I ended up telling my boss and work colleagues (small team) at 7+1 as I was so sick every day! I had an early (private) scan at 8 weeks so I was somewhat reassured.

I’m now 11+2 and have been signed off work with HG so we’ve told our closest friends and his mum and siblings. We’ll go public (although probably not on social media) after my scan a week today!

Personally, I think you need someone to know though. I felt very alone and isolated until I told my work colleagues - they were all so lovely and it’s made the world of difference! If I were to get pregnant again (we’ll see if this sickness lasts much longer if so it will NOT happen again!) I would tell close friends and family after an early reassurance scan - it’s nice to have the support!

I think I told my sister but if your hubby has asked that you not tell till you're both ready then I would agree. Not because you're going to jinx it but it should be something you're both ready to disclose to others. Best of luck!

I told close friends and family at 5 weeks. Then waited tll 12 and told everyone else

I told my best friends but I knew I'd tell them if anything bad happened too. My first pregnancy I had a missed miscarriage, we went in for our 12 weeks scan and baby didn't look too have made it past about 5 weeks, I found it very supportive to have my best friends know what I was going through, they'd experienced the same things and knew what it was like. They also bought wine and chocolate when needed. I think best friends celebrate the good times and commiserate the bad times with you. I'm currently being induced today with my baby and they're constantly sending messages of support and can't wait to meet this little one. I don't think you can jinx it. Nature can be mean and miscarriage is way more common than you'd think because people don't talk about it but I found having the support of my best friends meant a crap time wasn't as horrendous as it could have been without them.

When did you tell your employer you were pregnant?

when is the best time to tell your employer about your pregnancy. I'm currently on week 16 and I...

When can you tell if your pregnant?

only been together 3 weeks and am not ready for a baby. Not due on for another week really scared

an someone advice me please? I am 4 week pregnant and I feel very mild abdomen pain is that...

39 weeks plus 4 days. It’s my first pregnancy now cannot see any sign of labour no pain nothing just