Hi all,this post is really for the more mature ladies out there. I'm 49 in less than 2 weeks and it was assumed by my gp that i had gone through an early menopause having had no periods for 3yrs and being on high doses of hydrea. Out of the blue last week i started bleeding which stopped suddenly after 3 days. Had an appointment with gp earlier and after examanation,as referred me for urgent 14 day referral to see a gynecologist and blood tests. I'm not unduly worried by this as i know this is standard proceedure and i'm the sort of person that says i'll cross that bridge if i ever come to it but wondered if anyone else had any experience of something similar. Atb.tina.🤗 PS.would like to add i hope everyone associated with mpn voice & all mpn'ers on the forum have a happy christmas & a good 2019! 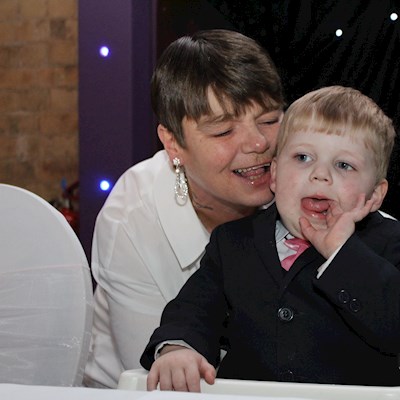 Tico
To view profiles and participate in discussions please or .
Read more about...
18 Replies
•

I had a similar ‘post menopausal’ bleed , but before my diagnosis ( but not necessarily before I actually had the ET/MF. ) I was investigated, and everything was fine. So you are doing the right thing.

Tico in reply to Rachelthepotter

Thank you rachel, know its standard proceedure,i just wish it could have been better timing,my grandson's 3rd birthday and mine plus christmas nearly here. Just a quick question rachel,how old were you at the time? Atb, tina.🤗

Rachelthepotter in reply to Tico

Hi Tina, thank you for your festive wishes and hope you get things sorted out soon. I am post menopause too but haven’t suffered those symptoms so sorry can’t help there. Thinking about you and sending E hugs. Kindest regards Aime xx😺😺

Tico in reply to Aime

Thanks aime, like i said not unduly concerned,probacly hormonal thing going, i think it was actually the shock of it when i've gone that long because i've realised its 4yrs not 3 since my last 'bleed' maybe with an mpn & the toxic meds we take you just don't know the impact it as on our bodies. Hope you are keeping well in yourself aime after your new diagnosis. Whats the next step regarding the new diagnosis? And what is the difference between the new diagnosis? Because i'm assuming it & pv are very similar.Atb, tina.🤗

Aime in reply to Tico

My blood condition is better than my osteoarthritis. Was at orthopod today, so will need a new hip in the future but he’s going to try another jab to calm things down. The last one was July so fingers crossed the next one lasts as long.

I was at ARI today and the are calling my condition “true Polycythaemia “ so yet another title. All I know is I am negative to both jak2 and jak 2 Xeon genes which apparently rules out PV. However treatment and monitoring will not change, neither will the pesky symptoms. Kindest regards Aime xx😸😸

I had this happen when I was late 50’s and it was bleeding fibroids - which were cauterised and fixed the problem. I didn’t have ET back then.

Tico in reply to Deefen

No - not at all. Just the bleeding post menopause.

Tico in reply to Deefen

Hello. I had something very similar. Diagnosed with ET in 2005 aged 47 and started Hydroxycarbamide in January 2006. Periods stopped summer 2006. Had bleed Christmas Eve(!) around 2012. Like you I went to GP, had vaginal scan which found polyp. Referred to Gynaecologist and poly removed as day case. No problem since.

Hope you soon get it sorted out.

Tico in reply to Ginnyhelen

Thank you ginny,i've been on hydrea nearly 11yrs. Nearly 4yrs since last bleed and morst certainly had the terrible flushes & sweats, the trouble with our mpn's is a lot of us have or have had that as a side effect also. Atb,tina.🤗

You don't mention if you are on HRT this sometimes causes post menopausal bleeding. It's always best to get these things checked, as you have done, as there are about 8 serious things it could be, but MOSTLY it will some innocent reason, so you are wise not to worry, as it could be wasted energy. Merry Christmas to all my fellow MPN'ers.

Hi raffles, i didn't take HRT as i'm on enough medication as it is. I'm not sure but i think their is an increased risk of blood clots & strokes and with my medical history would have been unable to take it. Your certainly right about the worrying and it certainly will not ruin christmas for me and i'm looking forward to spending chritmas day with the grandkids. Ho Ho. Atb, tina.🤗

Hi, a similar situation right here. Have had ET Jak2 neg since 2006. Was 50 this year, no periods for years so GP considers me post menopausal. Suddenly had bleeding for 5 days this Sept, quite a shock! Referred for scan & found 2 fibroids. Told to watch & wait, no bleeding so far thank goodness but will return to GP or Gynaecologist if necessary. Hope yours is a good outcome too. Let us know what happens please & good luck xx

Tico in reply to CarolineDavies

Hi caroline, surising how common post menopausal is. Think the dr just being extra cautious regarding 14day urgent referral because of mpn. Feel quite fine generally in myself,just a bit of fatigue (normal) and recent fbc showed haemoglogin dropped again for the second time running but certainly getting in the christmas mood and took the grandkids on the seven valley railway the weekend gone to see santa, the only disappointing part was i never got to sit on santa's knee!!.. lol. Atb, tina.🤗

Tico in reply to CarolineDavies

Hi Caroline,Had phone call tuesday,got appointment at 2.30pm today.Got to go for ultrasound scan at antenatal part of hospital beforehand??? Than gynaecologist unit straight after. The nhs as certainly moved quick. Are you in uk and did yo have similar experience regarding appointment. Atb,tina.🤗

Returned from appointment this afternoon at hospital for an ultrasound of the pelvic area & vaginal scan,was then shown through to another department to see the gynaecologist who informed me that the scans had shown a thickening of the lining of the womb and he needed to do a smear test & take a biopsy of the womb. Doctor informed me i would probably have a bit of spotting after the proceedure so after picking up a couple of bits in town,came straight home instead of finishing my last bit of christmas shopping i still have to get. "The so called " probable spotting"is a bit of a joke as it is quite a bit of bleeding & discomfort its left me in. I just looked up what to effects after the biopsy & it says you can be left with the symptoms i've desribed rather than just a bit of "spotting" for a few days which as left me pardon my language Pissed off as he had got my medical history their in front of him that i have a mpn which as well as being prone to clots,we are also prone to bleeding especially when the patient takes clopidogrel to thin the blood! Bloody idiot! Sorry for language & rant but needed to get that off my chest! Atb, tina.🤗

I was diagnosed by accident after going to the Doc for really heavy and painful periods....

taking hydroxicarbamide and has PV, have profusely bleeding gums if flossing or brushing with...

Recently I’ve had a couple of queries re bleeding gums, which actually affect...

I’ve had bleeding gums on and off for years, dentist said due to ET and medication. But lately the...

nose bleed is a symptom of PV or from the venesection I had on Friday?