I’ve been taking sumatriptan for 6 years now, has always helped; however, I was wondering if anyone else experience the same side effects?

I always feel an uncomfortable tingling throughout my sinuses and jaw and often my nose drips clear mucus like I’ve just taken a decongestant. While the side effects are uncomfortable, they disappear after a max of 20-30 minutes and the migraine is gone. Does anyone else experience this? 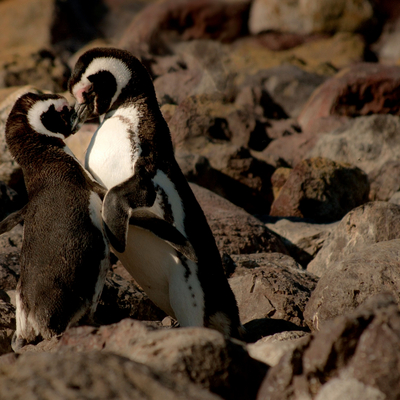 Jennerzjcl
To view profiles and participate in discussions please or .
Read more about...
8 Replies
•

I can tell you that i experience the same thing. I use a Sumatriptan nasal spray, do you take pills? I also get a clear runny nose and jaw pain from the migraine itself without the Sumatriptan so I wouldn’t be concerned about it. Let me know if you have any other questions x

Jennerzjcl in reply to Sticks95

Yes I take the pills! I was seeing a lot of similar side effects from the nasal spray, but unfortunately none for the pills. Was wondering if anyone else experienced these on them!

I had to stop Sumatripan because it would hurt my stomach for a couple of days afterwards often with a delay of one day first. Also the symptoms you describe I get from migraine anyway so I wouldn't be able to differentiate. I have a Zomig nasal spray which works much better for me.

hi jennerzjcl l also have side effects but mine are heaviness and pressure in my arms shoulders and chest. Like yours they wear off in about 20/30 minutes and migraine is gone. Forgot to say I'm talking about Sumatriptan.

Hi. I get the same thing with the sinuses. But I actually don’t mind it because it clears my sinuses which I have a problem with anyway.

I've realized that too! My septum is slighted deviated so I've always had some small sinus issues so I don't mind the drainage. Was just wondering if it was something I should be concerned about/contact my neurologist about!

I mentioned this to my doctor but she didn’t seem concerned.

I tried these a couple of times then gave up. Didn't like them. They made me drowsy but the main side effect for me (and the one that put me off them) they made the inside of my moth and throat very sensitive to heat. If I had a warm drink in the couple of hours after taking them, it felt like I was drinking something far too hot. Very strange sensation.

I've started trying the next medication on the long list!

How long does it take for a dose of Sumatriptan to take effect for you guys?

Hi all, I’ve been using 50mg sumatriptan tablets as my migraine relief for about 15 years now, and...

probably in other foods. Anyone else found this? Also after reading posts about Sumatriptan, I'm...

Side effects of topiramate

from people who have encountered this bizarre side effect of topiramate.

Topiramate: will I get the side effects again?

almost 3 years (migraines), stopped 2 months ago. At first I had horrible side effects, lost more...

Side effects from preventative medicine.

small amounts of many of them. My problem is the side effects affect me to the point I can’t get to...

Things I do to combat migraine.