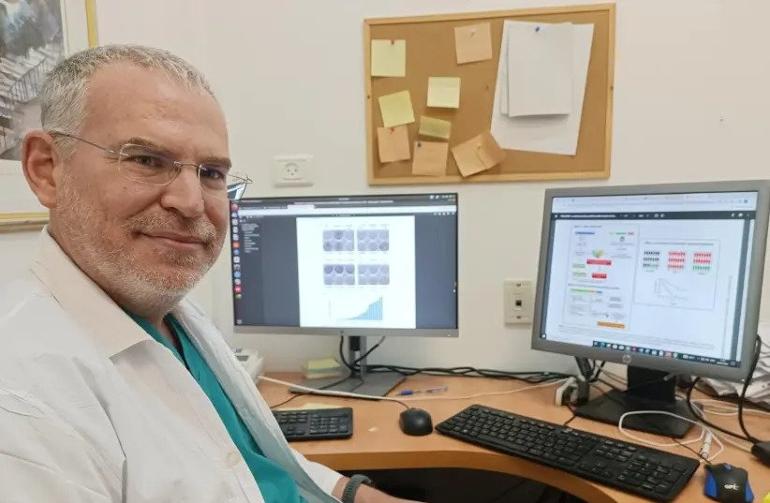 The team developed a set of rules to be followed in problem-solving operations; it will make it possible for physicians to provide personalized treatment for these mutation carriers.

An artificial-intelligence algorithm to identify a group of “point mutations” that cause cancer in TP53 – a gene involved in about half of all cancerous tumors – has been developed for the first time in the world by a group of researchers at Hadassah-University Medical Center in Jerusalem. Their discovery has aroused much interest among doctors and scientists around the world.

A point mutation occurs in a genome when a single base pair is added, deleted or changed. While most point mutations are benign, they can also have various functional consequences, including changes in gene expression or alterations in encoded proteins.

The team, led by Dr. Shai Rosenberg, developed a set of rules to be followed in problem-solving operations that will make it possible for physicians to provide personalized treatment for these mutation carriers.

The significant breakthrough in cancer research could undoubtedly serve as a platform for the development of personalized treatment for carriers of such mutations and successfully fight the cancer from which they suffer, the team said.

“This is excellent news for the world and cancer research...We are proud to be part of such a significant breakthrough.” Dr. Shai Rosenberg

The initial and vital development was published in the prestigious journal Briefings in Bioinformatics under the title “TP53_PROF: a machine-learning model to predict impact of missense mutations in TP53.” The article received the second-highest number of views in the journal’s history, and its influence is reverberating around the world.

Rosenberg is a specialist in neurology and neuro-oncology and director of the Laboratory for Computational Biology of Cancer at the Sharett Institute of Oncology at the Ein Kerem medical center.

How does cancer develop?

When certain changes occur in human cells, they are likely to become cancer cells, he said.

“Each of us carries a gene called TP53, whose function is to protect the normal cells of the body by correcting genetic changes,” Rosenberg said. “When too many changes occur, the gene causes a planned ‘suicide’ of the cell, thus preventing the cell from becoming cancerous. A genetic change in the TP53 gene damages the body’s defense mechanism and causes cancer, and indeed this mechanism is prevalent and appears in half of all tumors. It is considered the most important gene in cancer biology.”

“Today, we can already say that carriers of a mutation in the TP53 gene are at increased risk of developing cancer at an early age,” he said. “In the TP53 gene, there are a possible 2,314 different point mutations, some of which cause impairment of gene function and cancer, and some of which do not affect the gene at all and therefore have no medical significance.”

“Clinicians around the world have information about fewer than 10% of the possible mutations of the gene, so carriers of these mutations are in grave uncertainty. Are they at risk for cancer? Do they need to do tests for early detection? Should they give birth in vitro to prevent the mutation from being passed on to their offspring?

His research group consisted of Gil Ben-Cohen and other students from the Faculties of Medicine and Computer Science from the Sagol Program for Computational Medicine at the Hebrew University of Jerusalem. Together with Prof. Thierry Soussi of Sorbonne University in France, who is a world-renowned researcher in the study of the TP53 gene, they developed the algorithm at Hadassah.

After the discovery, the team used machine-learning methods to train an artificial-intelligence algorithm that learns from these mutations and creates a predictive model applied to all 2,314 possible mutations. This model classifies the mutations as cancer-causing or neutral. The model they created has a high accuracy of 96.5%, allowing for testing on patients and eventual treatment.

“This is excellent news for the world and cancer research,” Rosenberg said. “There is still no approved drug for this gene as the drugs are in clinical trials. Once we can identify the mutations that damage the gene and end up in cancer, we will be able to effectively prescribe such drugs to the right people.

“In addition, in chronic lymphoid leukemia, for example, accurate identification of the mutations in the gene influences the treatment decision. The more we know about the basis of the disease, the better we can adapt the treatment to the patient. We are proud to be part of such a significant breakthrough.”