My dad was told he had 6 months to 1 year of life left with treatment when he was diagnosed with Stage IV Lung Cancer. Our Doctor was very straight forward on saying there was no cure for my dads cancer and only with treatment (chemo & radiation) it will only help him with his quality of life. We had to chose from quantity VS. quality which it was very hard. However, after doing research and reading many post of people with the same Lung Cancer IV. I've noticed that their life expectancy has been longer and some had been cancer free. I know this is different in every person but is this really true can you be cured from Lung Cancer IV or I might be missed understanding the blogs hoping for a miracle. 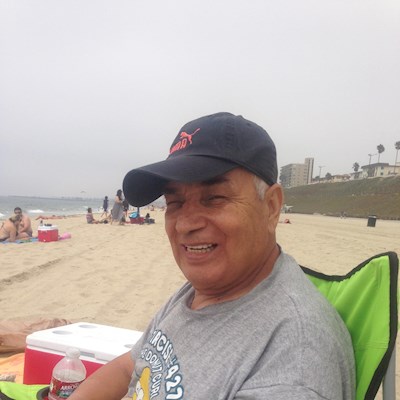 verolove
To view profiles and participate in discussions please or .
Read more about...
19 Replies
•

You are right that everyone’s cancer is different. I was diagnosed stage 4 on August 4 of 2016. My cancer was contained to right lung, pleura and lymph. I’ve been on two different lines of chemo treatment plus a anti-angiogenesis and have been stable since August of 2017. There is always hope! I’ve found that focusing on love, rather than disease, has changed how I live my life. Wishing you the best.

Thank you Peg that's what we are doing. Surrounding my dad with love and positivism. Hoping for him to get well soon.

I suppose only people with good news will reply to you. Looks like I have the same disease and stage. They spotted a small tumor in my left upper lung and a few cancers on vertebrae. This was 11 months ago. The doc said 9 months to live plus or minus a few months with treatment. Seems like he’s changed changed his mind and after 4 pet scans there is nothing in the bones and no progression in the lung. He is telling me about a similar case, same treatment where the dude is now at 5 year survival and holding. So what’s the treatment I am receiving? I am a minneapolis veteran ‘s care patient, didn’t have the right mutations to get the new drugs. Started with 5 sessions of radiation to the head. Then chemo every 3 weeks with pemetrexed and carboplatin for 6 cycles. Then just maintenance chemo with pemetrexed every 3 weeks since. I’m in Mexico now on vacation waiting for a deal to close on a log cabin on Wabedo Lake in northern MN. The plan is to keep on living and have fun! Best wishes to you all! (Age 70 Vietnam vet)

I'm so glad to hear your story Elmer. This gives me more hope that my dad will stay around for longer and most importantly pain free.

Ina3 in reply to ElmerFudd314

Thank you very much for sharing your story. My dad is starting the same treatment in one week: pemetrexet and carboplatin plus Keytruda as an immonotherapy. Whanted to find out if you had any major side effects with pemetrexet? Thanks. Ina

ElmerFudd314 in reply to Ina3

The combo of pemetrexed and carboplatin was rough. Don’t know what the Keytruda will add to the side effects. I had major constipation. Would recommend docusate s 8.6mg following. Maybe 2 tablets the first day. Don’t think the pemetrexed was to blame because I have been on maintenance pemetrexed for months now without a problem. Eating with the combo drugs was another major problem. No vomiting but lost 15 pounds because sometimes I could barely stand to eat. Foods I liked were Noodles restaurant pad tie with chicken, Oreo thins, real Quaker Oats with cut up fruit. Hated commercial Ensure etc. Try homemade smoothies maybe. Had a skin rash due to the pemetrexed. Clindamycin swabs cleared it right up. He should take folic acid every day and vitamin b-12 shots about every 6 weeks to prevent rash. Can’t think of anything else right now and I am not a medical doctor so am only repeating what they did. Good luck and check back if you need any other advice.

Ina3 in reply to ElmerFudd314

I'm a stage IV patient and I'm stable. I was diagnosed on 3/27/15, there are many with Stage IV who are doing well. I've had chemo, radiation and Immunotherapy.

I never asked for a long term prognosis and never will.

We are all different, no doctor can truly predict how well we may respond to treatments.

PS. it is true that stage IV is considered incurable cancer, however it can be treatable and people become NED or stable and live for very long periods of time. My goal is to stay stable and hope for a cure.

Thank you Lisa I'm also hoping to stay very positive with everything that is coming our way and hope for a cure.

My husband also has stage 4 nscl but his doctor never spoke about life expectancies and my husband asks few questions. We were never told why it was stage 4 or why it was considered metastatic but from reading his online chart I’ve assumed that because his tumors were massive but only in right lung and also in the lining of his lung as well as the lymph nodes that were tested that made it stage 4. They said he was not a candidate for radiation or surgery. He was started on 2 chemo drugs and Keytruda and after three months and a good pet scan they had him do three more months of just the Keytruda. He just had another scan and everything looks good. It will be a year this January and six months without any treatments and he is feeling pretty good. I must say it hasn’t been nearly as bad as we expected. Our doctor has never said cured just Stable.

I’m actually glad that the oncologist never gave us the stats as there are always people who do far better than ever expected. My husbands attitude was that he expected to get better and it’s happening. For how long who knows. I know that less than 4 percent make 5 years but I’m beginning to believe he will beat the odds and maybe for him not acknowledging the odds is working for him. POSITIVE ATTITUDE!

Hope your Dad does as well.

Sorry for my late answer. My stage 4 was diagnosed in 2010. At that time I was told my life expectancy was 10-15 months. At the time I was diagnosed there was no way anyone could predict that I would be one of a very small percentage that would beat the odds.

You’re right to ask the questions you did. I don’t believe I will ever be cured at stage 4 but I enjoy life and am so glad I went with chemo and radiation. I’ll never be as strong as I once was but my new normal is pretty good.

Consider adding a palliative care dr to his team. They specialize in managing short and long term side effects. It been demonstrated that patients who add a palliative care doc to their team add an extra 14 weeks of progression free survival.

Not sure how I missed your post months ago but...I was diagnosed stage IV April 27, 2015. Incurable, but treatable...it’s like a chronic disease for me now rather than a death sentence. I never asked for prognosis and never will. I am not merely a number. standard of care was Carboplatin plus pemetrexed. I had 8 (?9) rounds of that and now with just pemetrexed (Alimta) every three weeks. Side effects are much easier with Alimta than the dual-agent. I also had craniotomy May 2016 to remove large brain metastasis...make sure he gets MRi of brain and is closely followed. I assumed headaches/vomiting were a chemo side effect when they were actually symptoms of spread to brain. Lung cancer really likes to spread to the brain. I hear the addition of immunotherapy is making treatment more tolerable. Best wishes to you

My brother in the USA is stage 4 lung, lymph and bone and he is being treated with tagrisso. They seem to think it will reduce the tumors. It’s early days yet but the first scan after a month showed that it had stabilized things. Might be an option for your dad. Best of luck

I was five years on tarceva now I am on the tagrisso so nine years only problem can’t stop smoking!! Rudy

I have nonsmallcell I was on chemo for a year and all that time it spread to liver kidney other lung .my dr.would not tell me how long he said he wasn't God and I'm glad he didnt because he put me on obdivo and I've been clean for 2 years now I'm still taking my medication but cancer is gone

Oh Rudy! What your mother or other loved ones tell you? Ya gotta stop. Why not? You have much to gain. Do it! Let us know.

I was heavy smoker for 45 years

I tried and it works now I hate smoking

I don't know how but try it

Thanks to lemon juice

My wife has stage 4. She was looked directly in the eye and told 6 mo to 2 yrs. her experience with this oncologist was truly awful. There are too many stories like this.

After a second opinion we found a very caring staff and oncologist. She has been treated with tarciva and tregresso (sp?)

4yrs later she is still here. Her latest challenge is fluid buildup and we are addressing this. I have confidence they will figure this out.

Huge thanks to everyone here, keep up the fight, ask all the questions and check the answers given.

How long is the life expectancy of a diagnosed lung cancer patient with a 2.5 cm lump in her lung?

with lung cancer today with a 2.5 cm lump in her lung. I don’t know how long her life expectancy is...

anxiety/depression but I also have stage 4 non small cell lung cancer. I just had my 2nd treatment...

Hi everyone. My sister was diagnosed with stage iv lung cancer last month. She never smoked, so the...

Results from my doctor