Does this sound like Lymphedema? Any helpful tips? - LSN

I had two ankle injuries when I was 8 years old ( I’m now 20) and have had ankle swelling ever since. It hasn’t gotten worse or better. I was told that I do have lymphedema, but I have never had any tests to actually confirm it. Compression garments make things way worse and I have tried many different levels of compression, so I don’t wear any garments at all, nor have I ever worn them. I pump with my pneumatic leg pump. The every day swelling is mild, but my ankle feels tight, and hurts. The swelling goes down a lot at night, but around 1 or 2 pm they begin to swell again. It’s just my left ankle, nothing else. 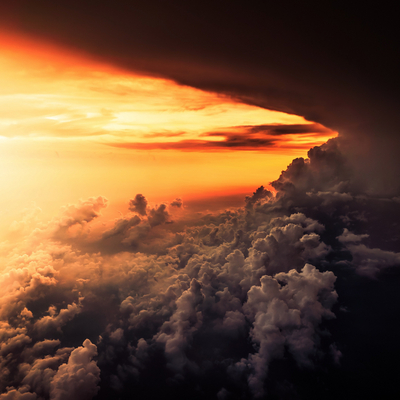 Cussia
To view profiles and participate in discussions please or .
Read more about...
7 Replies
•

The pain is only on the inside of the ankle where the swelling is and I have never been prescribed any medication. My ankle also makes a popping noise every time I rotate it and when I use my pump. The ankle injuries at age 8 weren’t treated by a doctor at the time of injuries. I just iced them.

No one here can diagnose - think you need to see a doctor who can evaluate the situation once and for all.

Did the ankle injuries occur at the same time? Why weren't you taken to a doctor? Are you in the UK or USA?

Cussia in reply to Lynora

The ankle injuries occurred maybe a month or two apart. I didn't go to a doctor, because the swelling quickly went down each time. But it came back. I'm in the USA. Four years after the initial injuries, I had another injury, and I got cellulitis the day after. This is when the doctors in the hospital assumed that I had lymphedema. I asked for tests at my doctor's office, and the doctor said that they don't do tests anymore for lymphedema, it's just diagnosed by the doctor looking at it.

Lynora in reply to Cussia

Hopefully some of the US based forum members will give some input and guidance as to where you might get help. This site is based in London. Despite what the doctor said, there ARE methods of diagnosis - tell him to check out lymphaticnetwork.org

Cussia in reply to Lynora

Microsurgeon in reply to Cussia

From what you have described above the diagnosis is in question. Lymphoedema is a possibility but there are many other causes of swelling in a limb. Making the diagnosis is important for peace of mind, directing treatment and giving some idea of what might happen in the future so you can plan ahead. My suggestion is to get if further investigated by a US doctor with an interest in lymphoedema. Most general doctors know little about lymphoedema and are not upto date with specialist tests.

You might like to consider ICG lymphography (aka infra red spectroscopy or in the US, SPY scan). This is a simple, quick inexpensive test that maps movement of fluid in the lymphatic system. It picks up any abnormalities and would easily diagnose or exclude lymphoedema. The other option is lymphoscintgraphy which is similar but involves radioactive dye and is not as precise but would still make the diagnosis. Both of these tests might only be available in a specialist centre.

In my practice I have had many patients labelled as having lymphoedema on clinical grounds only, but when scanned then the lymphatics are normal and another diagnosis must be considered. You might fall into this category so worth considering pursuing further investigations.

freimaurer in reply to Microsurgeon

Thanks for the good information, Microsurgeon. I was surprised to hear that many people with all the so-called precursors to Lymphedema, such as lymph node removal and radiation therapy, still don't get lymphedema, while many who do get it have none of the so-called precursors. Something genetic involved. There is still a lot not known about the condition. I am a veterinarian by training, and an old one at that. I went to veterinary school in the 1950s. In those days, we used the term lymphedema now and then, but usually the term used was simply edema of a leg. It is pretty common in horses. It seems like the term in humans has always been there, but not used widely until the past decade or so. Microsurgeon, you input is valuable, much appreciated.

Trying to help and live with lymphedema

cannot find compression to fit my leg I have lymphedema in my right lower leg. I have had a vein...

Does anyone with lymphedema suffer from severe ankle and foot pain?

primary lymphedema in my left ankle and leg one year ago. I wear an off the shelf compression thigh...

Any good advice for lymphedema?

I was diagnose with lymphedema on my right foot and leg something that I never heard before I'm...

diagnosed with a mild case of lymphedema in my left leg. I went to the doctor with a swollen ankle...

Need pneumatic sequential pump for secondary lymphedema. But what kind?

stoma/ileostomy. Have hernia there as well. lSo I'm told to get a pneumatic pump with sequential...