Hi all been getting a lot of responses and fact sheets regarding the ablation procedure which have been amazing but when do you really know if the ablation has been a success? 6 weeks? Or more? 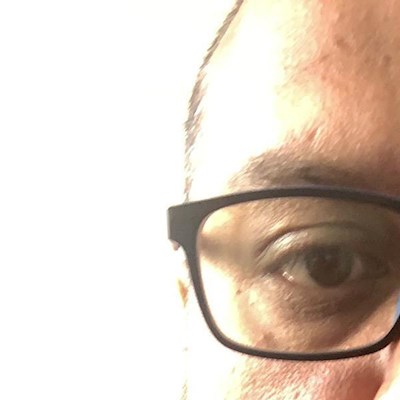 Padayn01
To view profiles and participate in discussions please or .
Read more about...
17 Replies
•

I have not had an ablation, but I have read through almost every PVC and AFib Forum there is, and I think you will find that ablations do not have a high success rate in the long run. From what I've read and heard from people who have had them, more than 50% do not have long-term success rates and there are many people who have had a second, third,forth or even more ablations down the road. I'm sure they are successful for many, but a 50/50 or less chance isn't something that I would be interested in myself. Especially considering what they actually do to your heart to try and reduce things like PVCs which can usually be managed quite well by most people once they discover what their triggers are.

Also, depending on what part of the world you live in, you'll find for example that in the USA, ablations seem to be almost a first-line treatment, whereas in countries like Canada, they are very seldom done, and are used as a very last resort.

Do you suffer with any heart rhythm problems?

And you just take beta blockers to cure it?

No, I don't take anything except an anticoagulant because of the A-fib. It took me over a year of reading almost every internet forum that involved the people with these problems to discover what my triggers were, and it's primarily, for me, a lack of potassium. I have been able to manage it fairly well by drinking a large glass of Low-Sodium V8 juice when things start to come on. I also have lost some weight, I noticed a tremendous difference after I'd lost just 10% of my total body weight, and I now work hard at having proper sleep, going to bed at about the same time each night, sleeping in a very dark room, and those two things have also seem to have help me a lot.

That’s brilliant, I think you are right with knowing your triggers I’m still trying to work that out 8 months later from my first AFIB episode, but yes your right losing weight eating right does help which I’m currently doing, sorry can I just ask what are anticoagulant?

An anticoagulant helps prevent your blood from clotting, which in turn helps prevent a stroke. If you have afib, then your doctor or cardiologist will have evaluated you against what is called the CHADS2 or CHADS2-VAS score. It's an acronym for Congestive heart failure, Hypertension, Age over 75, Diabetes, previous Stroke or TIA, Vascular disease, Age 65-74, and Sex being female. If you have any of those risks, currently or previously, then a number is assigned to that, which is usually 1, and a couple of them have a score of 2. The general guideline is that if you have afib, and have any one of those above noted issues, which would bring you to a score of 2 or more, even if those issues are, or have been treated, then most doctors will recommend you go on an anticoagulant as your stroke risk increases substantially, simply by having being diagnosed with Afib. A-fib by itself, can cause pooling of your blood in the atrial appendage in your heart, which can sometimes result in the formation of a clot, which in turn can turn into a stroke. So that is the reason for the anticoagulant. I'm assuming that you are not on one right now, which means probably that you don't suffer from, nor have you ever suffered from any of the above noted issues in the chads2 score.

How many episodes of afib do you think you had since your first one eight months ago?

Well I have had none since but quite a few episodes of thinking it was about to start, the best way I can describe just a sudden rush of adrenaline left side of chest my heart than beats fast as my anxiety kicks in but than it slows down had a handful of them in 8 months but no AFIB were I had to attend hospital 🙏🏼

You must be in the United States then? You got an ablation after a single episode of afib 8 months ago?

No I’m in the UK, when I met my cardiologist in March he said it’s up to you which way you want to go stay on meds or take the ablation, so I went for the ablation

Wow! That's incredible. How long do they want you to continue on the beta blockers before you go off them?

I guess it really just depends on the person and their specific situation. I had SVT and had an ablation 18 months ago and have been doing well. My dr gave me a 99% success rate that I was cured. My mom's cousin also had SVT and had her ablation 7 years ago and is still SVT free. And my husband's distant cousin had SVT - she had an ablation at 18 and then 20 but she is now mid 30s and has had no issues, very active, has had 2 kids, etc.

Brilliant news on all your success stories on your ablations just must be sole destroying going for 2, 3 or even 4 ablations

I am still nervous about the possibility of needing another in the future but I am sure I would be less nervous than the first go-around. I have heard that SVT is easier to cure than afib and different types of arrthymia have higher success rates than others

and back to work in week to ten days. Today I feel totally rough and battered, I have pains in my...

Did anyone else suffer palpitations in the early days after successful ablation for flutter?

Having had my ablation for permanent atrial flutter six days ago, which they say has a 95% success...

Booking my ablation after 10 years.

So worried about having it, just been to see cardiologist who...

and I have recently has an ablation to correct Atrial Tachycardia unfortunately the procedure was...