Hi I am new here and was told I was wheat intolerant a few years ago but I’m not Coeliac so I can eat wheat in moderation (I mainly avoid bread and biscuits) I recently had another blood test as seem to get many digestive issues along with dizziness and feeling fatigued after my evening meals. I had to eat wheat for a week before the blood test but it still came back normal so now I am left again to my own devices as I feel the doctor is no help to me.

I have no idea what to eat any more and feel quite confused as I am sure I am gluten sensitive. Does anyone have any advice 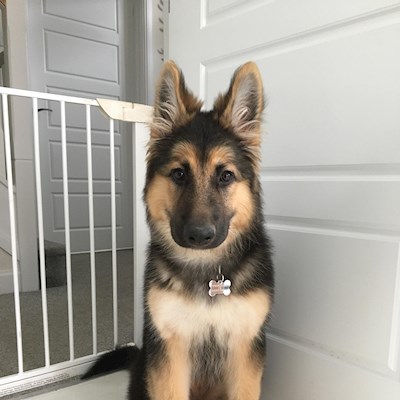 Luna1956
To view profiles and participate in discussions please or .
Read more about...
20 Replies
•

Our bodies are wonderful things and if we listen they will tell us. Sorry you are feeling poorly. If you are better without wheat then don’t eat it. Better off gluten then same again.

Lots of people here and elsewhere are self diagnosed so food diaries and symptoms. You know yourself far better.

BabsyWabsy in reply to Luna1956

I can relate to this. Several years ago now, I realised that whenever I ate something with wheat in it, in minutes I got a rash around my mouth followed by gut symptoms. This was purely trial and error and I struggled to get a GP to take me seriously. Eventually, on my evidence alone, my GP decided to label me with a wheat allergy. I was not tested for anything, because I had been avoiding wheat for at least a year, and was not prepared to reintroduce it. However, I can eat rye, spelt and barley with no issues which suggests that my issue is not gluten but modern wheat. This seems to be surprisingly common in people of a certain age group that were brought up with factory produced sliced bread which became common in the early 1960s. Anecdotal, but I wish someone would research this to see if there really is a connection. You are right in that wheat is in many places you wouldn't expect, like tinned soup, soy sauce, some sausages. It is a faff, but the only way to deal with this is to read labels when you are shopping. Also, be aware of 'deglutinised wheat starch' which is used for some gluten free products.

Luna1956 in reply to BabsyWabsy

I now need to strictly avoid it again. Hopefully I will start to feel better soon

BabsyWabsy in reply to Luna1956

I may be wrong, but I think Triticale would have to be labelled as wheat because it is a hybrid form and an allergen. It is mainly used for animal feed and does not get used for human food much, except for some breakfast cereals. Food allergy labelling has recently had an upgrade but I haven't seen much change as yet. Wheat might be causing your dizzy spells, I used to get these, and brain fog and a strange feeling that the two halves of my brain were working separately, with two trains of thought. Weird.

Luna1956 in reply to BabsyWabsy

Yes, it is an utter pain but health is so important. I do hope you feel better soon. Plus, have supportive people who understand and are willing to learn. Best wishes

Hi, depends on the testing protocol.

The coeliac blood test does not give a positive result for everyone with coeliac for various reasons (genetic inability to produce relevant antibodies for the test, not enough gluten in your diet to produce strong test result, not enough damage yet to give a good result, questionability of the actual blood test). In an ideal world if you have all the symptoms of coeliac, but a negative blood result, you should get a gut biopsy.

If you haven't been re-tested for coeliac, worth exploring that again, but you will need sufficient gluten in your diet, ideally for 6 weeks to get the antibody/damage level up.

Otherwise, it could be non-coeliac gluten intolerance, which is the same route as coeliac - strict gluten free diet.

Gluten is also in barley, rye, lots of additives, cross contamination e.g. in restuarants, so although you are low wheat in your diet, it only takes a speck of gluten to make you ill.

There are a lot of other conditions that can impact on gut health, in addition to coeliac, that lead to poor nutrition absorption - Dairy intolerance, SIBO, H-Pylori, Candida overgrowth, histamine intolerance, MCAS, low stomach acid If you are being left in the cold by your gastro/doctor, I would suggest you get referral elsewhere, ideally a functional medicine practitioner. If this information is being given to you in primary care (particularly if you are UK), most general practitioners have zero understanding on gut health, coeliac or food issues. If it is at consultant/gastro level, a lot of them are very poor also if their 'magic' blood tests provide negative results.

You will have to push this yourself unfortunately as many are left floundering and unsupported by doctors where gut health is concerned. It's pretty poor to be fair, so you are not alone in this experience.

BabsyWabsy in reply to Benjamin123

I agree. One of my GPs freely admitted he had no knowledge of gut issue, which was surprising, but then referred me to a gastro consultant who was helpful.

Benjamin123 in reply to BabsyWabsy

Hippocrates stated 2500 years ago that all health started in the gut. 2500 years later trained professionals still don't understand that, but understand the art of writing prescriptions to line the pockets of pharmacy companies. It's a joke.

Hi I have had an endoscopy a couple of times in the past. Last one was in 2018 Found sliding hiatus hernia and gastritis onlyLast time I had blood test for coeliac was in 2018 as well and was told to eat wheat for 6 weeks but still was negative

I give up with testing. Just going to keep food diary now and see how I go with that

Thanks for updating on that. Seems you have properly had this investigated. Sorry for misinterpreting facts and going over old ground. Well no harm in living entirely gluten free for a while and see how that works out. I'm sorry you are having such a frustrating experience on this.

Hello Luna1956 firstky I'm sorry that you're having these issues and my understanding is if you are wheat intolerant then you want to avoid all wheat and wheat derivatives.

My opinion is that you want to make as much food from scratch and avoid processed foods and avoiding ALL wheat.

Its also very important to realise that food labelled gluten free is not wheat free because of codex wheat and allowed levels of gluten 20ppm sneaking into food and additives. So gluten free does not mean wheat free!

I also agree about keeping a food diary so good luck and I hope this helps.

Hi JerryThank you for sharing the link

Thank you for this information. I got an ‘aha’ moment as now I know why never been able to tolerate the caramel colours! Didn’t know wheat derived. I’m wheat sensitive (igE allergy).

Hey you're welcome 😊 here's a list posted a couple of years ago that may interest you:

And here's a really interesting list of E no's with the sources and side effects🤢:

Many thanks, Jerry 😊 . Interesting and very useful information 🧐 .

Hi Luna1956.Hope you manage to feel better soon and keeping a food diary should help figure a lot out. Especially your personal food sensitivities. Wheat may be the tip of the ice berg.

A lot of good replies on here.

I have relative with hiatus hernia. And gastritis. Both these together, not surprising you have digestive issues. 🤗 . Worth looking into the low FODMAP diet (referral to a dietitian). This may help and avoid spicy food.

I wonder if other symptoms may be related to nutrient deficiency? Were you put on stomach acid blockers? Go back to your gp and get key vitamins tested for if you can. And check your blood sugar is normal?

Certain foods can definitely affect how you feel. And hopefully your food diary will be enlightening as likely very personal to you.

Having said that also consider,

Wheat can be irritating to the gut. Dairy too (increase in stomach acid). Sensitivity to dairy protein is linked to gastritis and other gut diseases too.

And lots of ‘free from foods’ have addictives and gums that can be irritating. Avoid emulsifiers (in most packaged foods especially most gluten free pasta sold in the UK). these affect the protective mucus barrier of the gut lining. And be weary of gluten free bread or anything with egg white powder as egg white contains a protein that can irritate the gut in sensitive people (usually those with an autoimmune condition).

If you’re sensitive to gluten then Corn/maize and casein in milk and cheese can appear like gluten to the body and affect inflammation. (About 50% of gluten sensitive people are also dairy and or corn sensitive).

Also any cereal and especially gluten free Corn cereal and porridge oats in some people can spike blood sugar too much and cause dizziness.

Luna1956 in reply to Researchfan

Hi ResearchfanI was given information from my Doctor about FODMAP diet

Hi, You might be allergic to yeast or soy that are in so many foods. I’m allergic to wheat, yeast, dairy, soy, citrus, chocolate, chicken, onions, garlic, sage, peppers and some of these are used as fillers in so many foods. Perhaps you can be tested for the most common foods on the allergy list. Good luck!

on eating wheat and gluten products due to reflux issues. I have weeks when I’m off and then eat for

Can you be wheat intolerant but tolerate gluten?

inadvertently worked out that I'm probably intolerant of wheat about a year ago when I went without...

been tested for Coeliac before, and even though the test came back negative I’ve been having issues...

What alternative foods are there to eat other than cereal if your wheat intolerant?

look slimmer if I cut wheat out completely. Early stages as I have eliminated wheat for 4 days,...

Has anyone else with a gluten and wheat intolerence found that they put on weight easily?

I was told that gluten free products can be more fattening so I try and eat as much fresh and...

Iron Supplements for those very sensitive to gluten

Non-gut related symptoms - could it still be CD?