Given the lack of awareness and help for this alleged condition, I am keen to try and understand (as far as is possible), what is happening in my brain!

Here, a team of researchers at the University of Cambridge has aimed to discover how conscious awareness of movement initiation is altered in FND.

While it is a bit wordy, it's not too bad and I hope it may speak to some who suffer with movement disorders. 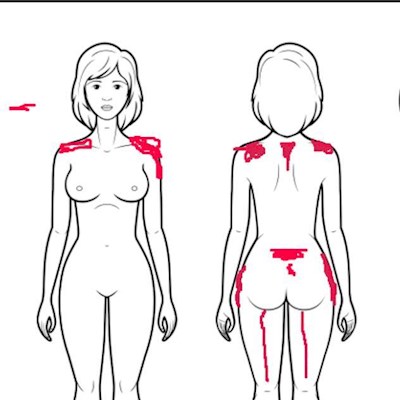 Mic67
To view profiles and participate in discussions please or .
1 Reply
•

Hi again, and thanks for sharing. You're a great writer!

I love what you say about being a choreographer, and the anxiety that must come from just the opposite - involuntary actions of oneself!

I think my situation is slightly different because I have the ''negative'' symptoms they talk about here (weakness), rather than the ''positive'' ones (like tremor), during which people seem unable to ''vetoe'' their involuntary actions.

The bit that spoke to me was this;

''People with FND may be more focused on consciously controlling their actions because they have trouble doing this. Interestingly, while increased attention may help compensate for difficulty initiating voluntary actions, it may interfere with habitual actions, such as walking.''

Because I first noticed that I am unable to move my legs when lying down, i wonder if the increased attention on this, later interfered with my gait pattern, which should be habitual. Kind of fascinating.

HI, I just got diagnosed today with functional movement disorder after 5 months of non epileptic...

The Motor Reprogramming Program for Functional Movement Disorders in Kentucky

I see there's a clinic for FND in Kentucky that has a week-long inpatient rehab program. Has anyone...

issues, and was recently diagnosed with functional movement disorder. I need support. Right now, I...

doctor diagnosed me FND & told me it is also considered an Organic Brain Disorder does anyone have...

Does FND cause gastroparesis? What else will FND do to me?