Hi ladies, we've recently finished a round and have 1 B3AA embryo on ice. Initially our clinic wanted to test the embryo as I'm 41 but after doing some research we decided not to. What's everyone's opinion on testing, especially older ladies? What do you think of the research and HFEA ratings on it. 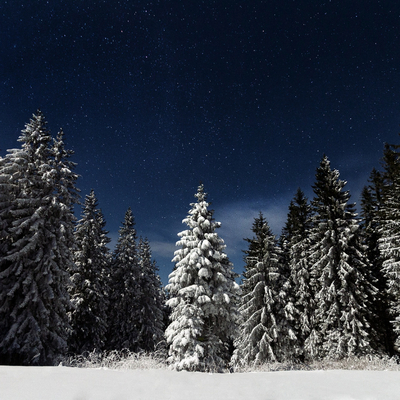 ebonyebene
To view profiles and participate in discussions please or .
27 Replies
•

My consultant always told me that unless you have loads of embryos frozen there is little point in testing them. They can easily get damaged and the testing isn't 100% foolproof.

If you have one embryo I personally would just transfer. You don't want to risk damaging it and for the sake of a test which might not be accurate anyway it just seems a waste

ebonyebene in reply to Daisy1245

Our thoughts exactly, not damaging my embaby for an inaccurate test. Thank you xx

Agree with Daisy. My clinic also suggested it this time but honestly, I've never had many embryos and I'd rather transfer what we DO manage to get, with some degree of hope, than not transfer anything at all. Can totally see why it'd be worth it if you have 15 embryos! It would also have cost us thousands more, and as Daisy says the fact there isn't a clear black or white interpretation of the findings anyway made it a no-brainer for us xx

I'm with Daisy on this one xx

My clinic doesn't test for older couples who have no dangerous genetic issues (after doing genetic testing).

Apparently some embryos correct themselves in the uterus, there are various stories of mosaics etc being fine. Rather they would like to increase your chances and purchase more IVF lottery tickets - you have to be in it to win it sigh.

We had a TFMR in August for Trisomy13. I thought we would start a new batch and test those, we did screening again to make sure we didn't carry the gene. Once that came back as negative the clinic said no and that we should proceed with our remaining embryos.

ebonyebene in reply to Junk41

This was our thinking, we've both had genetic screening, both healthy and the embryo is graded excellent and like you said embryos can autocorrect and the tests aren't accurate to you could be disguarding a perfectly health embryo.

Hi lovely, we did PGS testing but it was because we were lucky enough to have 9 frozen embryos - and to be honest we didn't want to go through any more failed transfers if the issue was down to genetics. So we tested to make sure that we absolutely weren't putting back a possibly abnormal embryo.Of the 9, 1 didn't survive the thaw, 2 were abnormal, 2 mosaic and 4 normal.

Personally I wouldn't have gone down this route if we hadn't had so many, as I was a bit concerned about the possibility of correction in utero and also I was petrified that we'd not get any, the stress was insane. But ultimately it was the right choice for us.

I PGS tested age 36 and didn’t get any normals - in the U.K. not allowed to transfer abnormals embryos. I decided not to test again and transferred 2 untested embryos and had twins on the next transfer so I do think the science isn’t accurate enough to risk testing one embryo.

I didn't know you couldn't transfer abnormal ones in the UK. Congratulations on your twins, we're hoping for twins too as I'm not sure how much more IVF I can take.

I had my last two ivf embryos pgt-a tested and they came back abnormal. Honestly, it broke my heart and left me convinced all my eggs were duds. I got pregnant naturally 2 months later (with the help of nk cell treatment). I feel like i caused myself a lot of stress for no reason- I was literally going to give up because I thought my eggs were useless. Sometimes these tests do more harm than good. Yeah they might come back normal which is reassuring, but if they come back abnormal it leaves you with this feeling of - are all my embryos going to be abnormal??? Truth is, you could get abnormal one month, normal the next. Not all normal embryos go on to implant, so even a normal one could still leave you disappointed. Abnormal embryos can also still go on to implant- they only take a few cells, but if they take all abnormal cells, there could still be some normal in there, making a mosaic embryo which can still go on to implant...

It's expensive and doesn't guarantee a pregnancy or rule one out. I'd steer clear. Not worth the heartbreak. Unless you have loads that is. If you only get one or two- don't do it xx

ebonyebene in reply to Zebedee1971

Yes, as if all of this isn't hard enough already you're faced with all these impossible decisions and essentially nature will do what it wants regardless of a test. Congratulations on your pregnancy, glad the treatment of NK cells worked as I've some to so many women who don't realise a full work up of investigation tests may mitigate the need for IVF. XX

I think PGT testing is such a personal decision. Some women will test regardless of the number of embryos because they do not want the heartache of a yet another BFN after a 2 week wait or a miscarriage later.

On a personal level, I could not bring myself to be ruthless and discard embryos before they were transferred even if it meant a BFN. I also never had lots of embryos to play with even with 3 freeze all back to back cycles to create as many embryos as possible.

A well known known London clinic with brilliant stats for us older ladies recommended PGT testing during my initial consultation with them and I ended up going with a different clinic. I am glad I did as I am 44 and 31 weeks pregnant with an untested embryo. All the best! 🙏🏾

Just to add that the HFEA website rates PGT-A testing red on its website as there is no evidence that they improve your IVF chances.

This is what is constantly at the back of my mind, a well respected organisation independent from any from any clinic stating jts red. That advice cannot be ignored!

Congratulations. I would love to know which clinic in London you used? If you're able to DM. I'm not finding much luck at 43 years of age. Thanks in anticipation

Thanks 😊 just sent you a DM

Congratulations on your pregnancy, you must be so thrilled. I like many other women are just trying to make the right decisions for our circumstances but noone knows what that is. We've had 3 cycles with the latter being the only successful one yielding 1 excellent embryo. I like you wild rather give it s chance then disguard it.

All the best my lovely. Will be rooting for you 🙏🏾

We tested although despite not having many embryos. We had two miscarriages from natural pregnancies for chromosomal abnormalities and I desperately wanted to avoid more of those. It was also cheaper to test than to transfer. In saying that, had any embryo come back mosaic, we would transfer anyway as apparently they do autocorrect. It was the implanting of an abnormal again we were trying to avoid. As said above. It is individual and everyone’s circumstances are different. Good luck with your frostie.

Hi all, just was interested in what genetics tests did you do for you and your partner as some of you mention? I am currently in my country and tests are quite cheap here, so wanted to do all possible tests. I’ve done Immunology and know I have issue with NK cells. Thank you all for the information. You helped me decide not to PGT test.

Hello! Congrats on your embryo 🤗 I personally decided against pgta based on the hfea guidance that it lacked concrete evidence. In the process they have to remove cells which is quite invasive. I felt I would rather put them in and at least have a chance. This is just my opinion and obviously others may feels differently xx

Our exact thoughts on our current decision not too.

Like the others have said it really is a personal choice, I had 3 early natural miscarriages and a TFMR at 21 weeks for Edwards syndrome, we did ivf solely to test and to try and avoid anymore heartache, it was tough as out of 5 embryos over 3 cycles only 2 were normal, I’m now 14 weeks pregnant with one and even though the worry is there we could rule out chromosomal abnormalities which was a huge weight off our shoulders. Whatever decision you make will be the right one for you and your circumstances, sending loads of love and luck for your little frostie 😊xx

ebonyebene in reply to Ellie1005

I 100% agree with it! I did it and it worked and I have a little 1 year old. After a few miscarriages and also being 41 it saved me a lot of heart ache. Let me add though that we had 5 embryos ❤️❤️❤️

We're hoping we can bank a few more embryos which may change our mind nit to test.

Interesting read for those on the fence about PGT-A testing.

UK in terms of PGT testing? It seems to be standard practice over there yet the HFEA doesn’t...

PGT-A testing: yes or no? Fresh or frozen transfer?

but I just wanted some insight (so I can stop over thinking lol). I currently have 14 embryos that...

Just wanted some advice/experiences on a few things. 1. Has anyone on here had pgt-a testing? On...

Can anyone see a second line

Finally 5AB embaby on board!

First FET: What was your lining thickness? Mine is not there...