Private consultation : Hi all, So I just... - Endometriosis UK

So I just had my first consultation with an Endometriosis specialist.

He examined me and reported it is not deep infiltrating endometriosis.

I am booked in for a diagnostic laparoscopy but I am now second guessing myself.

Does this mean my pain has been all in my head?

Someone please reply and shed some light for me.

Many thanks in advance, 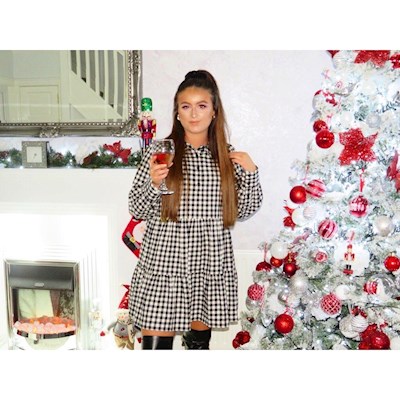 Caitlincee1
To view profiles and participate in discussions please or .
Read more about...
30 Replies
•

Hi that’s great you have been seen by a gynaecologist and now going to get a laparoscopy. I can’t understand how he knows it’s not deep infiltrating endometriosis by examining you though as I always thought you could only tell by having a laparoscopy. Your pain is not in your head, it’s real and it’s so painful isn’t it.

At least now you will be given a diagnosis, painful periods aren’t normal.

Sending a hug, it’s hard going through all of this. Lots of lovely ladies and support on here xx

I’ve always found on here very helpful when I’ve been second guessing myself or symptoms.

Yeah it’s just so much money to pay for surgery when it may not be Endo :(.

Thanks for your reply,

Unfortunately my NHS Consultant has told me it would be another 2-3 years before surgery. So I decided to go private as I’ve had so much time off work sick I just want to get sorted.

Oh my goodness 2-3 years that is ridiculous, they have set timescales whereby they have to operate but of course Covid has got in the way of that. I really hope you get answers soon 🥰

Hi! I got stage 4 endometriosis and had diagnostic lap in August. My consultant mobilized my stuck up organs and took biopsies. He is oncologist gynecologist. The other gynaecologist I saw before said would not want to do lap on me as she was scared of spreading cancer. Laporoscopy is necessary definitely. The only way to indetify endometriosis. Try to go on anti inflammatory diet. All the best ❤️

I will be having the op end of December I hope.

I’ve tried changing my diet because certain things do flare it up such as alcohol.

Thanks so much for sharing your experience with me 💖

He can’t really tell if it’s superficial or deep. I was told that. He apologised after 😂

It’s most definitely not in your head 🙂What did he say that made you think that? Even a little can cause pain.

I genuinely don’t know what I would do if he doesn’t find anything in laparoscopy.

If it’s superficial you’ll have caught it early. 🙂 as far as pain goes it doesn’t equate to what type/stage.Have you had an MRI? Did he suggest it?

That’s a main regret for me that I didn’t get it done, but I had no idea at the time.

I could be wrong but most of us had wondered if it’s imagination and it’s the GP’s fault for piddling around as though it is.

Quite late for private, I’m surprised.

No I’ve never had MRI and he did not recommend getting one. I’ve only had internal ultrasounds.

Yeah I think they are also very busy atm due to NHS backlog everyone is going private.

I’m hoping there will be a cancellation and I can have my surgery sooner!

More than likely, shows how bad this condition is there’s a wait for private. Although looking back mine was about four weeks initially.Keep us posted 🙂 🤞 for cancellation

Hi, I went private and asked for an MRI, never been allowed one on NHS but I thought as its private I would ask and I had one. They can't always tell much from examining you. I have endo really bad, but the specialist couldn't tell that when he examined me, so I don't know how he could tell you that xx

Caitlincee1 in reply to bex79

I was confused. I want mirena coil put in during surgery and my tilted womb fixed as it’s causing me bowel symptoms. so may aswell just pay for the surgery even if he doesn’t find any endometriosis xx

Not deep infiltrating only means it hasn't gone into the tissue/muscle of wherever it is, it does not mean you don't have endo. There is also what is classed as 'superficial', where it basically sits there on top of the organs and acts like a glue sticking things to other things, but definitely doesn't mean it doesn't hurt! Hopefully your lap will help!

Thanks for clarifying I was starting to think I had manifested this pain in my head 🙈🙈. I’m glad I don’t have any deep infiltrating but there has to be something for the problems I’ve had x

Yeah he did say that.

Just the closer it is getting to surgery the more I’m overthinking and doubting myself.

Especially since it’s so much money I’m paying for it 🙈🙈.

Thank you so much for putting my mind at ease

Aw I really do empathise with you. Surgery is a big deal so don't be hard on yourself, even getting a proper diagnosis will be worth doing it. I left mine for years and wish I had done something a lot sooner. Sending you lots of love and luck for yours xx

Thank you so much for your support ! I’m praying for some sort of outcome to settle my mind.

I can't add anything of any value that hasn't already been said - the other ladies that posted have pretty much covered it all!

But I just wanted to echo that, 100%, this pain is absolutely not in your head!!!! And you aren't alone - we might all be in different boats, but we're certainly all in the same storm (the total shit storm that is endo/adeno 😂😂)

Thank you so much! I had a terrible night of stress and worry.

Feeling more positive today and prepared for whatever diagnosis comes my way!

Hello, I hope you're feeling OK? I've had a similar experience today. My consultant said that because my ultrasound was clear there might be some tiny superficial deposits. This has made me worry about having a laparoscopy, because we always question if this pain is "all in our heads" already don't we?! It's really depressing sometimes. Sorry if my comment isn't particularly helpful, but I just wanted to say that I know how you feel with the questioning yourself thing, and that I wish you all the best xx

Yeah it really makes you doubt yourself doesn’t it. Thank you ! I’ve just seen so many people saying endo showed on their scans and it has never showed on mine.

It's not possibly to say one way or the other by examination only. A laparoscopy or MRI should pick it up. I had laparoscopy first but none was found but then had an MRI due to continued pain and now diagnosed with deep endo and andenomyosis. You just have to keep on going until they diagnose. I've been doing mine privately and it's still taken 2 years to get to the point I can have a hysterectomy, however this was impacted by Covid. Hope you get the answers you need soon x

Thanks for sharing ! That’s made me think so it was actually the MRI that found yours.

Maybe I should have went for an MRI first.

It’s hard to know what to do for the best especially when trying to utilise money wisely.

Anyway if it doesn’t show in laparoscopy I can always request MRI in future.

Yes I had the laparoscopy first and he just said it was all fine, but I just knew there was something. I changed to a different consultant who decided to do an MRI, however they said they didn't expect to find any and that my issues were relating to my back 🙄 but, low and behold it showed up deep endo at the back of my uterus. The benefit of having the lap is, if they find it they can treat it there and then. I believe in approximately 67% of cases it's found with a lap, that'sa pretty positive number. Wishing you lots of luck for the op, hope it gives you a good result xx

I never would have thought that could be thanks for sharing this with me. It’s so devastating isn’t it when they find nothing 🙈.

ask for the scan but they told me to have a consultation first as they need to cut down on the...

Hi, I’ve booked an appointment with a private consultant who specialises in endo .

telephone consultation with general gynaecology with my local hospital for suspected endometriosis....

getting a diagnosis by seeing a private Endometriosis consultant? I've been back and forth to my GP...