GFR hovering between 57-59; was given Azeltine nasal spray for histamine control and 2nd application of spray this past Saurday caused many reactions one of which was pain in the kidney area.

The warnings stated such was a rare possibility so with my various earlier reactions to medications /sprays (Beclomethosone gave me glaucoma/ levoflauxicin gave me adduction of the L foot/ penicillin gives me anaphylaxis) I am wondering if i should see my GP for further evaluation re: the pain in the lower rib areas?? 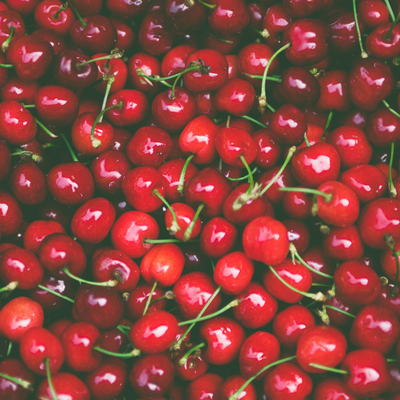 Kurac
To view profiles and participate in discussions please or .
9 Replies
•

Hi Kurac,The concern with Azeltine nasal spray for CKD is the possibility of a build up from extended use over time and poor kidney function not clearing the medicine. To sprays is not going to create a buildup. But If you had a reaction, of course you should speak with your doctor.

Probably not kidney related because most CKD issues not caused by an underlying genetic condition or autoimmune issue (a normal case of CKD caused by HBP or T2D) do not include “pain in the kidney” itself. Also, if you are hurting in the lower rib area that is probably not kidney related. However, if the pain is new or worse and/or causing you or others special to you concern, a trip to the GP is the place to start. Also, I certainly have no intent to hurt feelings or offend in any way (to the contrary it is something to celebrate) but at 79 as you posted, I’d be headed to the GP fairly quickly. Undiagnosed pain in the torso regardless of where it may be should always be checked out by a professional. Best of luck to you and welcome to the site! Many around here offer tremendous insight and support. I am too much of a “shade tree researcher” and tend to obsess the details of medical studies. Usually that only leads to confusion and frustration for me and the 2 or 3 others who try to read my posts…lol! My best piece of advice besides the golden rule of “Become a Knowledgeable Self-Advocate,” would be to not follow those who are proponents of a “miracle” “cure” and as far as I know no one here is an MD nor a nephrologist so any “medical advice” we may share as we relate our own experiences should be taken as suspect until you verify with your TRUSTED doctor about your specific situation. Often times I believe that because I have lived in CKD stage IV since 1996 and I have been a “preferred discount card” holder at too many hospitals to count, plus I spend about 10/12 hours a week reading up on CKD/CKD and CVD/Hyperlipidemia, statins and the big lie of the AHA/COVID and CVD risk…well you get the gist…I am some kind of CKD expert. Yet, while I have had some formal medical training, I wasn’t pre-med nor did I go to med school, so I am probably the worst offender on this site about giving “advice”…lol!! I would love to go to med school or even go to be a medical researcher. However I am 55 with about 5 comorbid conditions who will probably not make it much more than another 10 years…if that. I’d prefer not to spend those years in school and residency…lol! So y’all are stuck with me. One of the admins will reach out and smack me, deservedly, every now and again so I don’t get too cocky! My point, we are great at support, finding resources, and telling our own unique stories, diagnostics….er…not so much.

Kurac in reply to Blackknight1989

Thanks to all for responding.

After living in MI for 47 years and encountering symptoms and results of many things, most of which even some Drs don't believe, I have become cautious about what I put into my body re: medications. Seems that I am extremely sensitive to many things and as my GFR was often 59 in past few yrs then going back to 61 or so, then became 59 5-6 months ago then 57 6 weeks ago, I was concerned about the nasal spray.

I saw my Dr this mng and he ordered blood test just to be safe. He had set a blood test for Aug since my last one but thot that taking blood today was wise just the same.

He said to drink more water as well.

I very much appreciate the responses and wish i could contribute as you all have. I can pray tho - for all of you.

At your egfr level for the age of 79 I would not even consider you have CKD. Remember that one can NOT, should NOT just use egfr as a diagnose of CKD. Other factors have to exist to be called CKD, especially at age 79, when simple aging reduces egfr. You seem to have reactions to medications, and as your pain came on at the same time as using Azeltine, it could (but who knows) be a reaction. The simple way to see if it is a side effect is to stop using the Azeltine. Even if you went to your GP right now, it is likely that would be his/her advice to see if it is the spray. If it doesn't go away, then of course go to your GP. Knowing that you stopped the medication, still have the pain, will give him the clue to do some further checking. Also remember that even IF (and that is a big IF since your egfr is 57 to 59 which is so close to the "normal" 60) if you do have CKD (which I doubt) it would be In the Mild to Moderate level and unlikely to ever advance to next stages at the age of 79. I am 72. I occasionally get pain in the area of what I believe is the location of the kidney. But there are 2 problems. One is I sometimes get this pain on my left side and/or the right. BUT I only have one kidney (on the right). so to have pain on the left is not related to "ckd". The back is full of possibilities that can cause pain. My doctor explains that in our 70's and above it is normal to have some disc degeneration which can cause pain (usually not severe but definitely uncomfortable) and the back is "full" of muscles which in our 70's decline and are easily strained from even the most simple of movements, twists, lifting. If it were me I'd stop the medication, give it 3 or 5 days to go away. If it does, great. If it does not, a trip to the gp, at age 79, would be worth the visit.

I agree that the levels of 57-59 for age 79 is moderate, but IMO it also depends on other factors too on the diagnosis such as sodium, potassium, phosphorus etc. I am age 80 and diagnosed at 3b.

Yep that is what I was meaning too when I said that just the egfr level is not enough to say a person has ckd. It depends GREATLY on a lot of other factors (which you mention) and your acr level, condition of the kidney (ULTRASOUND), and on and on.

There was a great article in the New York Times a few years ago (2015) that talked about how the egfr philosophy does not PROPERLY fit elderly people. As we age, after 40 years, everyones kidney function reduces. And about 50% of elderly people are labelled as having stage 3a or 3b CKD when in fact they have no disease as such, just normal aging. That to call this large population as CKD is very questionable. Here is a link:

Chronic kidney disease causes no symptoms until its later stages, and most seniors with the diagnosis are told they’re at Stage 3, of five — sudden, unwelcome news. Because Medicare uses these benchmarks for billing and reimbursement, they’ve become, in effect, the official definition of the disease for older Americans.

But wait a minute. Kidney function declines with age in almost everyone, and the proportion of older people with G.F.R. readings below 60 approaches 50 percent, studies have found. As the older adult population grows, the prevalence may rise even higher.

Dr. Glassock and others propose that in people older than 65, the diagnosis should require a G.F.R. reading less than 45. At that lower threshold, they estimate, a third to half of the chronic kidney disease diagnosed in older patients would suddenly disappear.

These patients should just be considered … old, the researchers say, with lower kidney function normal for their ages.

Thanks for link. I could only read a short amount of the article as ask for subscription.

Kurac in reply to RickHow

The prior test that I said showed 57 actually showed 56 and it was on Feb 3 of this year. Maybe drinking more water and less coffee helped!

My Dr was almost as happy as I was.

I am grateful for all of your help and your willingness to offer it.

RickHow in reply to Kurac

great news. Oh perhaps more water helped, but I doubt it makes that big an improvement. It is more likely the previous low readings were the "wrong" ones. This egfr game is often questionable. I often look at it with the old saying of "whatever will be will be". We are in our 70's. Are things always going to be consistent and so called "normal" with out bodies with each visit to the doctor? I don't think so. My father (who lived until 92 years old) always compared himself to an old car. When it was new it ran great, or at least was easily repaired. When it got a lot of miles on it some days it would start right up, run like a charm. But then the next day it was a struggle to get started or run properly. You are doing fine!

**Trigger warning** Sex and the kidneys

everytime Ive had sex I get more symptoms from my kidneys (pain, more protein in the urine). Could...

first time that my kidneys were damaged from years of using ibuprofen for chronic pain from a car...

Stress and Loss in kidney function

What do my results mean

A couple of queries.