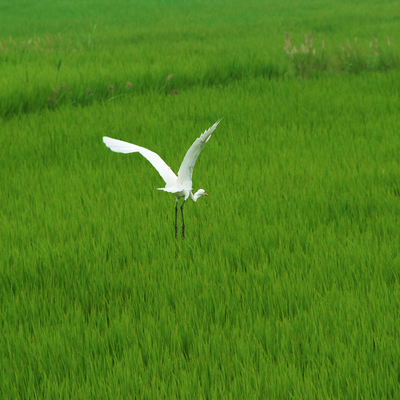 Thal
To view profiles and participate in discussions please or .
Read more about...
19 Replies
•

This makes me confused now.

Reading the abstract this time, I see it is saying it is a mixed bag. Lowers dopamine but protests neurons. Makes symptoms worse, while slowing progression? It's still old though. But interesting.

I am not sure how it all fits together, but vitamin D seems to be involved in melatonin secretion (frontiersin.org/articles/10...) and there are links to PD and low vitamin D levels and sun exposure (pubmed.ncbi.nlm.nih.gov/269...).

PD and vitamin D are also both linked to leaky gut. My husband tested very low in vitamin D previously. He has not been tested for leaky gut yet. He has been improving in his PD symptoms along with his vitamin D levels going up (more sunshine, salmon and a supplement), but also doing a lot of other things, too. I don't know how much of the tremor improvement is due to the vitamin D increase. But correcting a vitamin D deficiency is something he needed to do anyway.

Newer studies show that their data and or conclusions are likely flawed in that older review that you linked to as melatonin has shown benefit in actual patients as opposed to in vitro or animal studies, in more recent studies of the past two years. If that review were correct, melatonin would quickly cause disease motor symptom exacerbation in a disease noted for decreased or insufficient dopamine and on the contrary, has shown improvement in PwP at low (10 mg/day) and higher dosing (50 mg/day). What is needed to give a better idea of the true potential of melatonin in PwP is a study like the two more recent studies in type 2 diabetes patients that both used 250 mg/day of melatonin to positive effect in those patients.

Look at this more recent review (2019) that suggests that melatonin is likely to work against many negative factors involved in PD and also states the exact opposite of the review you linked to which I put in bold lettering below. Melatonin inhibits dopamine loss in PD, so please do not be confused on this point :

Parkinson disease (PD) is a chronic and neurodegenerative disease with motor and nonmotor symptoms. Multiple pathways are involved in the pathophysiology of PD, including apoptosis, autophagy, oxidative stress, inflammation, α-synuclein aggregation, and changes in the neurotransmitters. Preclinical and clinical studies have shown that melatonin supplementation is an appropriate therapy for PD. Administration of melatonin leads to inhibition of some pathways related to apoptosis, autophagy, oxidative stress, inflammation, α-synuclein aggregation, and dopamine loss in PD. In addition, melatonin improves some nonmotor symptom in patients with PD. Limited studies, however, have evaluated the role of melatonin on molecular mechanisms and clinical symptoms in PD. This review summarizes what is known regarding the impact of melatonin on PD in preclinical and clinical studies.

Despe in reply to chartist

Husband couldn't live without it, Art!

Even at 3mg, it's short of a miracle for inducing relaxation and sleep, especially with the addition of Magnesium Glycinate.

chartist in reply to Despe

I am a fan of magnesium glycinate with melatonin!

Despe in reply to chartist

b-bobble in reply to chartist

chartist in reply to b-bobble

The one that has shown variable benefit for what you mentioned is topical magnesium chloride spray which is commonly referred to as mag oil (MO). When applied directly via a spray to a muscle spasm or cramp, it typically relieves the muscle cramping in minutes. Some people get relief from RLS with MO, but this varies significantly from person to person. Sometimes people mistake PD symptoms for RLS. There are many conditions that can mimic restless leg syndrome, including Parkinson's disease, fibromyalgia, muscle diseases, joint conditions, circulation difficulties, and nerve problems such as peripheral neuropathy caused by diabetes. In children, restless leg syndrome is often misdiagnosed as "growing pains."

Despe in reply to b-bobble

My husband sprays his legs with magnesium oil nightly. He hasn't had any cramps since he started using it (thank you, Art), year or so ago.

kaypeeoh in reply to Despe

Despe in reply to kaypeeoh

Does the combo of magnesium glycinate and melatonin help you, too?

I use MO on my toy poodle who has been diagnosed with spinal stenosis. I elected not to use any anti-inflammatory meds as recommended by my vet, instead I started using magnesium oil. He loves when I rub his back, guess it relieves his pain.

A few more puzzle pieces I have been collecting - one other vitamin low in people with PD related to vitamin D and melatonin is vitamin K2. Vitamin K2 is needed for vitamin D uptake and studies show people with PD are likely low in it. There is a trial going on now for PD patients and K2. My husband had gut testing done which showed he was likely low in K2. The food that raises K2 levels the most is natto, which is made from fermented soybeans. The soybeans are fermented from a bacteria called Bacillus subtilis, which have been shown to not just prevent but reverse PD symptoms in roundworms.

"When the mutant worms were raised on media containing Bacillus subtilis...the probiotic suppressed accumulation of α-synuclein into Lewy bodies by 75 percent, and prevented the degeneration of dopaminergic neurons (see images above). The worms lived as long as wild-types. The data suggest that probiotics could possibly prevent the development of PD pathology, Grau said." alzforum.org/news/conferenc...

Since researchers now think Parkinson's starts in the gut, it seems like trying some natto is one of those might help, can't hurt kind of options. I just joined Instacart so we can have some natto delivered this weekend. It is an every day food people eat in Japan so I don't see any downside with it.

This video mentions it... scroll down to the topic...

Big fan of melatonin, fantastic for immunity. My HWP was taking 6mg time release and over course of this year developed significant RLS. When I researched that I learned melatonin is not recommended for RLS. When he stopped symptoms resolved within a few days. I have read we could try micro dosing, to try to get some neuroprotection. He does take VitaminD/K2.

This is kind of a different subject. My husband had the Parkinson's. I've been fighting breast cancer. My chemo nurse said that cancer patients are low in Vit D3 and to take K2 with it. I really think it has helped the neuropathy in my feet. I wish I had known about it earlier for my husband.

chartist in reply to rhyspeace12

You may find these studies interesting :

That is interesting. d take melatonin at night and hopefully it is fighting the return of my cancer. Thank you for the information. My husband belonged to an in person Parkinson's group but I always felt that I got more information from this group.

Drowning Us In Dopamine?

What comes second to dopamine?

introduction into the various neurotransmitters, see:...

medication only lasts for about 2 hours, so each day has been a hell for me. I am currently...

I've been taking around 157 mg of melatonin daily. Just for the health benefits.

I've recently been reading that green tea, turmeric, and black pepper can serve as inhibitors of...