Consolidation question: : Hi everyone, Do you... - Couch to 5K

Do you still use your trainers on the C25K app in consolidation - if you don’t, did you find it more difficult or did it not make a difference to you? I’ve been contemplating not having Sanjeev in my ear tomorrow but can’t decide if that will put me off massively or not as I’m planning to do a new route too! 😬 any advice is massively appreciated! 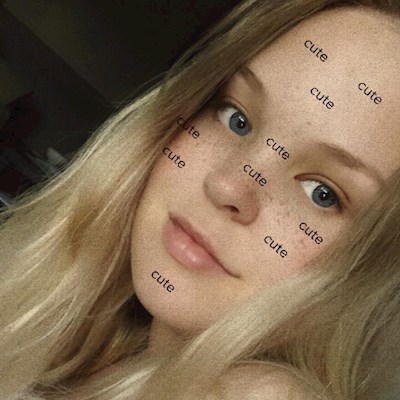 packersruns
Graduate
To view profiles and participate in discussions please or .
21 Replies
•

Personally I didn't and I quite liked the reduced pressure (all in my head, obviously 🤪) of not having to reach the end in a certain time.

Curiously, I found that actually made me a little faster because I was "just running" rather than chasing a target.

Oh ok interesting! Did you only do 30 minutes at first or have you not focused on like a target of time/pace at all? I really like that idea as it takes the pressure off but don't want to end up accidentally doing more than I should if you know what I mean 😂

I decided to do 5k consolidations (so a bit more than 30 mins - in W9 I'd done a couple in about 33 minutes and they'd been hard!

By aiming at a distance it left me free to just jog along as slowly as needed to reach it without actually thinking about pace. First consolidation was 32:32 and felt a lot easier than the week before.

Since then (ignoring the silly run last Wed) I've been taking anything between about 32:20 and 39 minutes depending how I feel on the day.

If you felt like trying the same approach then maybe set yourself a distance of your average W9 for the first week, then increase by 1/2k the next and so on to reach 5k?

Ahh interesting, see I purely just done 30 minutes and was very strict with the programme, but maybe after my runs this week I might just see if I can up it a little like you did! Think I might improve on it per week until I can get to 5K, then focus on trying to slim the time down a little bit. Not expecting miracles, but think that's probably the best way to go around it all!

Over time running slower / longer a lot of the time will make your shorter runs quicker. and / or easier.

A simple example of that is the effect over the program itself. In week one a 60 minute run (probably no quicker than you're running now) was really really hard work. Now you can run like that for 30 times as long and, if someone challenged you to a 60 second race, you could practically sprint it! Alternatively, that W5R3 20 minute that everyone dreads would feel (almost) like a warm-up to you if you went out and did it again now!

Obviously, the improvements slow down as you improve but they do keep coming.

Once I worked out it would only take me 5 extra minute to reach 5k (thought it was a lot more!) Mentally all of a sudden I could make it to 5k.

I also don't listen to the trainer's anymore and have been experimenting with different podcasts/songs etc. I have now reverted back to music but feel I want to find the perfect podcast still!

Good luck! Just try things out and see what works for you

I dont anymore, I now use the nike app. You can put a timer on for km/mins and it let's you know when you have hit a km and your time. I need something to keep me going 😊

Oooo I was looking at the plans on there for after I consolidate, so may have to look into that. Thank you!

I did for the first couple of runs and now just run with nothing. I use strava to track but only find out at the end how far and fast I went. Like Thatwasunexpected days, I like not having the pressure of a time or distance at the moment

packersrunsGraduate in reply to Dmc33

Ahh ok, I'll see how not using it goes on my run tomorrow then. Might help me distract myself from thinking about time if I'm just purely focusing on music. Thank you!

I don’t use a trainer anymore, haven’t for ages, Jo Whiley was great and got me through the programme but since then I don’t need to listen to one. I set my Fitbit to notify me when I reach 5k and time it’s taken and listen to my playlist. I also use the zombie running app, (see my previous post) which is free and good fun, you use your playlist with that too and I’ve recently downloaded the Nike Running Club app, which looks very cool but I’m yet to try it out......hope all this helps 👍

I was using the Zombie App for pre-C25K because I couldn't even run for 20 seconds back then, and really liked the idea of using it for post-C25K - so might have to explore with that at some point too. Definitely helps, it's strange being done with the programme now because so many doors have opened in regards to what do I want to do now haha!

Isn’t it funny, we both started as Couch spuds and now we’re actually runners giving other people advice !

Hope you don’t mind me calling you a couch spud! I definitely was one 😂

Not at all hahah, I was definitely a couch spud!! It is mental to think we are both graduates with our badges on the site giving advice now 😂 That's amazing time wise, based on a running pace conversion chart with my best pace I've done, think my 5K will be around 45 minutes but hopefully that will improve!

It is mental, I’m 55 and had zero fitness when I started, as you say it’s unbelievable we’ve got our badges and we’re offering advice to others, shows what can be done if you want it badly enough. My 5k time was about 37 to 38 mins following graduating but it’s got better each week. 45 is fine but you will reduce that....I’m giving you advice now too....can’t help myself 😜😂

I don’t use the app for my consolidation runs..... I did my first 3 using Nike running app and coach Bennett on the “just a run” which is a times 30 minutes just focusing on enjoying the run no pressure for anything.

I really love it but it failed me today and I couldn’t get the app to launch on my watch so I listened to run pod postcast which I normally listen to of a night before a run to inspire me..... worked quite well and I enjoyed it despite having to end my run early today

any run podcast recommendations? I think it’s a fab idea to listen to one at night before a run - I usually like to run in the mornings so that would be great!

It’s called run pod and is Jenny Faulkner interviewing various people who run.... she also does a “run 5k” with us version which I haven’t done but I may do as I found it easy to play through my Apple Watch today

I was weird and ran with a different app from week W6R3 with in ear coaching, so I just continued with that for a good while (guided runs up to 90 minutes back then). I did find it really strange running without anything in my ears, even though it was later for me, but I stuck to routes that I knew for a couple of weeks while I got used to it.

Are you planning on using an app to track? Most of those will give you time/distance updates so it’s not too far removed from what you’re used to.

I have my Apple Watch that I look at often, but I know there is some coaching on the Nike Running club that I was possibly going to look into. I really only run one route so wanted to try out a new one (which is basically my normal route but just further up the seafront) just to make my consolidation a bit more fun but definitely don't wan't to throw myself off all together. I upload my Apple workouts to Strava currently.

That’s the app I used! Coach Bennett talks a LOT... he knows his stuff though, so you’d learn a lot... and he takes the time to remind you not to run fast on the timed runs. The only issue you may have is the Nike are ferocious protectors of your data, so they don’t allow it to be shared out... in is ok. I’d assume your watch can handle running Strava and NRC together... and the Nike app can have up to a 9 second delay once you hit start, which is enough time to switch apps and start Strava. Of course, you can just manually add runs to Strava afterwards anyway.

You’re new route and your current one are probably very similar (for your legs) so I’d be getting up that seafront a little... might not be too long before you’re running both routes together anyways 🤣

How many weeks of consolidation should we do (bear in mind that I LOVE my C25K piece of paper that...

Or is that too ambitious. The link does stress the error of trying to go too far early on -...

forward I want to get fitter where I’m able to run 30 mins comfortably. Do you think that’s ok? As...

their consolidation runs? I really don’t fancy the podcasts as the music isn’t my choice. I’m pretty

it alone on Saturday and hitting 5k decided to take some advice I was given and keep to the 30...