When I applied to renew my driving licence in 2019, it expired while the DVLA was processing it.

Under Section 88 of the Road Traffic Act , we can continue to drive even after expiry while the DVLA is processing our application but ...

Nether my GP nor my neurologist was prepared to say whether I was fit - or unfit- to drive; they said it was the DVA's responsibility, not theirs. Consequently I was unable to drive under Section 88, despite the fact I was part way through taking an Advanced Driving course. My licence was renewed and in the event I was unable to drive for "only" two weeks - during which I had no information about when/if I would get my licence.

I see my doctors were not alone. Other health professionals (eg West Wirral Group Practice, Wokingham Road Surgery) are being advised online not to say if their patients are fit to drive. This is because if they say yes, and the patient is involved in an accident they are afraid of being held liable. If they say no, this could adversely affect the doctor/patient relationship.

I have just sent off my renewal forms for my licence which will expire in March. They had only sent me the standard over 70's renewal form so I had to find and print Form CN1 (which actually lists CMT now!) from the internet. I eventually managed to speak with someone at DVLA to check I had remembered to include everything - forms, photo, current licence and medical driving assessment report (which shows I was perfectly safe in August). But when I asked for a clue about the length of their current backlog I just met a stone wall.

According to what I have been able to find out, the delay was something like 8 months - a few months ago. It cannot have got any less, with the effect of covid.

Meanwhile I haven't seen either my GP (who knows nothing about CMT) nor neurologist (who does know something) face to face since March 2019, so even if they were willing, they could not say anything about my fitness to drive.

My concern is I face being unable to drive for many months through no fault of my own. I am self employed and some of my commitments are 50 miles away. I live alone, am unable to use public transport and have nobody to drive me. So I totally depend on driving.

I don't know why there appears to have been no publicity about what seems to me to be a disgraceful example of discrimination against people with disabilities.

What are your recent experiences with the DVLA? 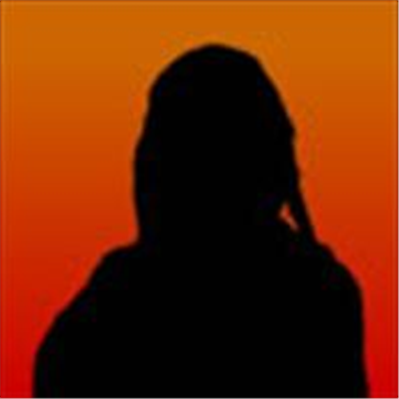 Amanita
To view profiles and participate in discussions please or .
5 Replies
•

Just last weekend I had the reminder for my medical licence, which I filled in and sent off at the beginning of the week. Like you, my licence expires in March. So, sorry, but I have no idea how long it will take. I didn't send my current licence back because, although it said inside the envelope, in very pale print, to return it, it also said to include payment, etc., but we don't pay, and there was nothing on the covering letter or the form I filled in, to say that I had to send in the current licence. It also did not ask for a new photo. I didn't send in the old one because, as I just mentioned, it did not say to do so on the letter, but also, it is my only form of photo ID (other than my Blue/Disabled Badge, and I don't think that is generally accepted as photo ID!), so didn't want to be without that until the new one arrived.

Unlike you, Amanita, I don't need to drive. I have a car, but very rarely use it - my daughter lives with me and is my chauffeur!

It will be interesting to see if you get any other responses - hopefully from people who have recently renewed their licences - to see how long it took.

All the best, Dawn.

Wobble13 in reply to DawnD

Hi When renewing my licence the DVLA changed the rules stating the GP had to carry out a basic physical and cognitive assessment. Then they stamp the assessment form and then you send it off with your medical form to the DVLA.

In my experience the GP surgery is the biggest hurdle. One instance I went to the surgery sat down and refused to move unless I was booked an assessment as my licence and DVLA time limit was running out. I am now a bit concerned when it comes up next time if Doctors have been given this advice.

The DVLA at the time were very helpful and gave me another 3 weeks exstension to get to it sorted out. I then followed up a week later to check wether my form had arrived and was logged in the system. Three weeks later the new licence arrived.

As there is a huge backlog now I cannot see how they can stop you driving as its down to them to complete the assessment.I would try to clarify that with the DVLA and get it in writing so you can keep driving up to as and when they get to your case.

DawnD in reply to Wobble13

I have just received my new licence yesterday, which I had sent off just over three weeks ago. I didn't need to see my GP or anyone else.

Update - I received my new Medical Driving Licence yesterday, so it took just over 3 weeks from when I sent it off. I didn't have to see my GP or anyone else.

Many thanks for your replies, Dawn and Wobble.

I am totally astonished that you already have your new licence, Dawn.

It looks as though there must be different systems in place.

When DVLA Medical Group eventually gets to my application, they will send one form to my GP and another to my neurologist. The neurologist will fill hers in according to the information she has about me, and my GP has to give me a brief examination in person before filling in his. This is factual information from the examination only and does not include his opinion about fitness to drive. He insists it is not his job to say whether (or not) any of his patients are " fit to drive". Not all GPs do this to their patients; it seems to be a complete lottery and I am one of the unlucky ones. Living in a village, I can't just go to another medical practice.

For those of us with medical conditions - "there are ongoing delays where further information is needed from doctors" . While they have now resumed sending forms to consultants and GPs, they are prioritising applications from bus and lorry drivers., leaving the rest of us in limbo for an unknown number of months.

As Dawn points out my driving licence is also my ID, ( I don't have a passport) but in my case the form clearly stated I had to send it with my application. DVLA only sent me the ordinary over 70 licence renewal(D46) but not the medical form (CN1) in spite of my having filled it in for previous renewals - so I printed it from the internet, and sent both.

reported cmt 1a to dvla. My neurologist and rehabilitation consultsnt confirmed I am fit to drive...
•
20 Replies

Is my CMT (1A) masking other medical problems?

January, only to be told there wasn't a doctor available because my form wasn't read correctly,the...

March the reply 'your form has been referred to Atos and you may require a face to face assessment,...

Devastated to learn son may have CMT

in his arms and legs. Neurologist suspects hereditary poly neuropathy aka CMT. We are shocked and...