I started on imbruvia about a month ago, the first month was no cost. My copay here in Alabama will be about 2600$ for a 28 day supply. The Rx found an assistance program for a few months. How are some of you paying for this. I am 71 retired. 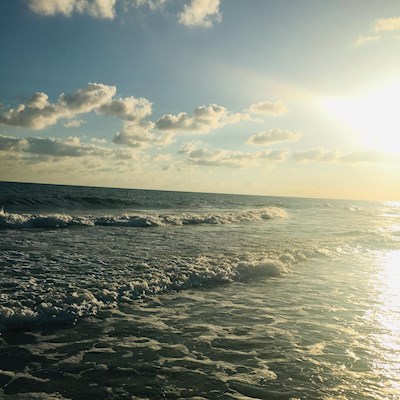 Ebenezer68
To view profiles and participate in discussions please or .
32 Replies
•

You can apply fir either a PAN Grant or an LLS Grant. Go on line for application and telephone numbers.

We have many past discussions on this subject, here is a recent one:

That posting is among the 26 previous times copay was mentioned here:

My hematologist’s office financial staff found grants for the co-pays for me. They also negotiate a lower co-pay with my insurance.

Any support in India for Imbruvica?

I have Kaiser insurance. They have a assistance program you can apply for.

My husband has been on them since 2016 and is on a assistance program and they cost us $10 a month.

I appreciate your dilemma! I live in SC and paid $3000.00 every January and then $700.00 a month for the rest of the year. I did that for three years and this year the pharmacy found a grant to help me pay for the Imbruvica. I am now 77years old and retired just last year so I could pay for the medicine. Have we come to this - that we have to keep working to pay for our meds? I thought I might have to just stop taking it and let come what may. I don't have an answer for you - just sympathy.

Hi I’m in Greenville sc the pharmacy will write to PAN foundation and apply for you. Are you very far away from Greenville?

I have a drug supplement from AARP/ UnitedHealthcare and once I satisfy the initial catastrophic phase it is $785 per month. On an annual basis it is roughly $1000 per month when factoring in the first months cost.

Thank God for the NHS. I shudder to think what the commercial price is for Acalabrutinib.

I also like you am retired and have been on Imbruvica for a year now. My copay is 10 dollars monthly thru a program from the drug company itself. As I recall they even helped set it up for me. I am from Ohio.

My Hematology Oncologist informed me he applied for my Behalf to the Foundation of johnson johnson. My co pay would have been 9000 per 30 day supply I now have no cost after the grant was approved and the meds come to my door . I was blown away sincew my other choice was NO WAY POSSIBLE but I responded to their questioneer and all is well I am also retired with this one income...

As noted, there have been many helpful tips before on dealing with the copays - particularly in the links offered to you by Lankisterguy above. But, to simplify my input; first - perhaps you need to shop around for a Medicare D plan that will offer a lower copay - $1000 seems to be the going rate for many of us and second - perhaps you need to shop for a different specialty pharmacy that is more skilled at helping you to obtain grants to pay that copay. I've been paying $0 for my Imbruvica for the past couple of years thanks to the generosity of the various foundations obtained with the help of my pharmacy.

I have had a PAN Grant for four years now. The Levine Cancer Center Pharmacy (Charlotte, NC) routinely reapplies for me each year without fail. I would never have been able to continue on Imbruvica and now be in remission without this grant. Your source for it or some Physicians office should assist you in finding a Pharmacy that will find a grant source for you.

I want to add one thing here, The basic ingredients for imbruvica come from China as I understand. It is unconscionable that any medicine that has been around as long as imbruvica has been that the cost remains over $14,000 per month. I wonder if this group were to make its voices heard to Congress if we could make something happen to get this investigated and force the cost down? Any suggestions Administrators?

Kingfish6 in reply to jdolinger

It is likely manufactured offshore also, I think possibly India if I recall. There is little relationship in selling price based on COST; it, like most Pharma strategies, is marketing & profits. Don't count on our gov't. (either party) doing anything. They've talked a good game but Pharma pays into our lawmakers. The gov't with told Pharma they can charge whatever they want & Fed won't negotiate it.

Cost reduction of treatment drugs is worthy of a specific post, which hopefully will not get political. Bearing in mind that this is an international community, where most of us live in countries where we can't even get access to drugs approved in the USA for CLL, there are these other considerations off the top of my head:-

1) CLL is a relatively rare cancer and thus is recognised as an orphan disease in the USA and Europe, as the number diagnosed with CLL is less than the threshold for this category. Financial incentives are provided to encourage the development of new drugs for orphan diseases, without which we would be unlikely to have non-chemo treatments

2) This is on top of standard incentives, like the period of Intellectual Property protection, through which development and clinical trial costs of successfully approved drugs are hopefully reimbursed - or again we wouldn't have new drugs.

3) In the USA, the largest customer for treatment drugs (the USA government) is legally not permitted to negotiate with the producers for a lower cost. Other governments do so, which has the unfortunate consequence of delaying the availability of new drugs, perhaps forever and often for years after the drugs meet other approval requirements. Some argue that the higher drug costs in the USA fund lower costs in other countries.

In brief, how do we achieve lower drug costs without adversely impacting the development of better drugs?

I'm so sorry your co pay is so much. I am 64, not on medicare yet, but I have caremark through my husband's insurance when he worked. He is now on medicare, but I am still on his old insurance for one more year. My copay is $10.00 per month.

With original Medicare and a Part D supplement like the one fron AARP United you should pay about $710 for 28 420 mg. pills after you go through the first month. Years total maybe $11000. If your income is below a certain level there is help available.

Ebenezer..... Something seems wrong. I assume that you are on Medicare part D for your meds (like me). According to published reports, Imbruvica costs $484 per capsule/tablet regardless of the strength (70mg, 140mg, 280mg, 420mg, 560mg). This works out to $13,546 for a supply of 28 tablets/capsules. However, most people will not have to pay this much because most insurance plans and Medicare cover the cost of this medicine. You may have a copay of 5%, but even then you should not have to pay more than about $675. Call the Medicare help line at (800-633-4227) and explain your situation. You can also contact the drug company for help: imbruvica.com/affording-imb...

You mentioned being 71 years old, so I'm now pretty confused. Aren't you yet on Medicare? If you are on Medicare, and have Medicare Part D (which legally you are supposed to have, and get penalized monthly for not having it), you wouldn't be paying $2600/month

On Medicare Part B for Imbruvica, after a first month large amount of about $1,300, you then have the next eleven months with a co pay of only $700. I realize saying only $700 sounds ridiculous, because it is still outrageously expensive, but it is almost one third of the absurd amount of $2,600 per month you mention.

Lizshanti in reply to wizzard166

I only get $784 a month from social security. I’d be alive but living under a bridge without the PAN foundation grant.

wizzard166 in reply to Lizshanti

I feel your pain. No one should be trying to live on that small amount; in fact, no one possibly could live on that amount just on rent alone. probably barely enough just for food and nothing else..

You didnt mention your age. If you are on Medicare, and no one has helped you yet get Medicaid, then shame on someone. If you arent yet on Medicare, but you are declared Disabled by the State you live in, you can also get Medicaid. Even if you are on Medicare, but not eligible by income standards combined with asset standards for your State, you likely would be eligible for the LIS or Limited Income Subsidy which has three levels and would basically pay for the medications. Medicaid of course would also basically pay for the Medications. Those on Medicare who qualify for the LIS, or even better Medicaid, would pay less than $10/month for Imbruvica.

Thanks for your response because of PAN I pay nothing for my improve the car and feel very blessed I do have some assets I own my home so I am not entitled to Medicaid etc. but I don’t have a bad life I’m just saying that if people had to pay that kind of Hoping they could not even exist. Thank you for your caring spirit

I am a lousy texter. Pardon the typos. Lol

In the U.S. the ............................ is designed that the Federal Government pays for most of that therapy by funding Medicare Advantage Plans, and the drug makers fund foundations to help pay most of the remaining balances....... It is a wise discrete cooperation paid by the wider society through the national government .

When I took Imbruvica the doctors office applied to the leukemia society for a grant for the cost of the medicine. I never paid anything for it. I’m on SS and I live in PA.

Would like CLL Specialist in BC - Private pay for IGHV?

tried this treatment? Did you have any reactions? I would love to know more about it as my doctor...

remission after his initial 6-month chemotherapy lasted a mere 14 months, and his blood counts are...

for about 16 months and doing very well. However, I've gained 7 pounds! Trying to figure out how...

How long can you take Ibrutinib for?

I have just started treatment of Ibrutinib (4 months) and wondering generally how long people...