Share your feelings and live longer: Sharing how... - CLL Support 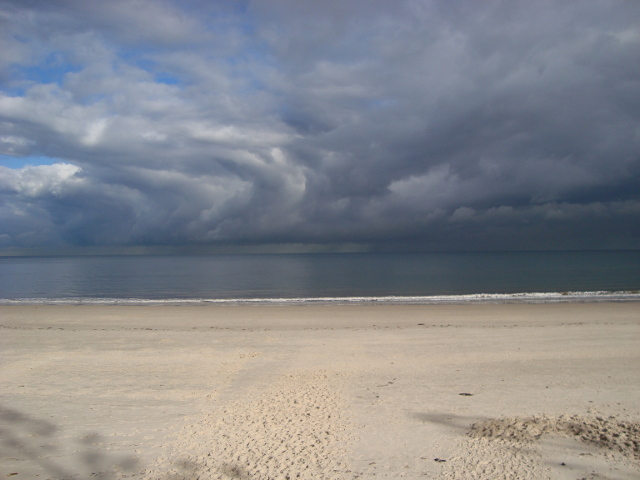 Sharing how you are feeling with others (and where better than on this site with people that know what you are going through) may extend your life!

"A study in the US by experts at Harvard School of Public Health and the University of Rochester shows that the risk of premature death from all causes increases by about 35 per cent among those who fail to say how they feel.

But when the researchers looked at specific causes of death they discovered that the risks increased by 47 per cent for heart disease and 70 per cent for cancer.

The findings, published online in the Journal of Psychosomatic Research, suggest that the consequences of bottling up emotions are even more serious than previously thought."

The survey was repeated 12 years later, during which time 111 subjects had died – mostly from heart disease or cancer."

"The researchers stressed that the number of deaths in the study was small and that further investigations are needed.

‘These findings reveal significant associations between higher levels of emotional suppression and mortality,’ they reported. "

I had a look on-line and found the same article distributed and plagiarized across the net but no link to the referencing study. When I accessed the journal mentioned in the article There is a pay-wall so cannot locate the specific paper they refer too?

Even the BBC bastardized the report and named the Daily Mail health article as their source.

I am struggling to make sense of it?

Sample of the final passage:

"Part of the survey involved questions designed to assess how much the participants suppressed their emotions.

This involved agreeing or disagreeing, on a scale of one to five, with statements such as ‘When I’m angry I let people know’ or ‘I try to be pleasant so that others won’t get upset’.

The survey was repeated 12 years later, during which time 111 subjects had died – mostly from heart disease or cancer.

When researchers analysed the emotion scores, they found that death rates were highest among those most likely to bottle up their anger rather than let people know what they were thinking.

It is not clear exactly how suppressed emotions cause premature death.

One theory is that people turn to alcohol, cigarettes or junk food to help them cope with their hidden feelings.

Another is that the stress of keeping the lid on negative thoughts disrupts the hormone balance in the body, raising the risk of diseases linked with cellular damage, such as heart complaints and cancer.

The researchers stressed that the number of deaths in the study was small and that further investigations are needed.

‘These findings reveal significant associations between higher levels of emotional suppression and mortality,’ they reported.

A previous study suggested that getting angry was good for you because it actually reduced the negative impact of stress.

Scientists at the University of Valencia in Spain found that getting angry increased blood flow to the left frontal region of the brain, which is involved in experiencing positive emotions and also triggers ‘closeness’.

The right side is more related to negative emotions and can provoke withdrawal, fear and sadness.

London-based business psychologist Voula Grand said: ‘It has long been thought that cancers are partly the result of suppressed emotions.

Past research has shown bottling up anger can impair the immune system.

‘But although people learn to hide their feelings at a very early age, they can still be taught to express them later in life. It takes a lot of energy and effort but it can be done.’

THIS IS JUST MAKING ME ANGRY CAN ANYONE TELL ME WHAT THIS MEANS?

Just thought I would share this rather than bottle it up

Hi, on a completly different note,does anybody have any information re diet and CLL? My dear wife introduced me to a"non" Carbohydrate diet some months ago, I have lost a stone in weight, mainly round my waist which I am VERY happy about,I feel better physicaly and emotionly and my old clothes fit again. Does anybody know of anything we should NOT eat re CLL.? Any comments or advice would be deeply appreciated.

I had good success with a low glycemic index diet for weight loss recommended for type 2 diabetics, coupled with exercise. If you are in or post treatment you might limit your foods to a Neutropenic diet.

Hi Hairbear, I'm glad you shared your feelings on this artlcle rather than bottling it up!

At first the article looked like it was about sharing feelings generally, in a positive way, but the final passage that you quote just seems to be about anger, and becomes more confusing/debatable.

There's a lot more that could be discussed on this - I hope I (and others) have time to get back to it tomorrow.

Emotion suppression may convey risk for earlier death, including death from cancer. Further work is needed to better understand the biopsychosocial mechanisms for this risk, as well as the nature of associations between suppression and different forms of mortality.

I'm still mulling over this "sharing feelings" stuff. It surely depends on how and when we do it. Sharing emotions - including anger, with people who will understand and be accepting of us, is surely positive. Helps us calm down - defuses the anger. But in the wrong environment, too much expressed anger can make others upset and angry too, and end up with a lot more stress all round. Not good.

Maybe we can focus on the positives... Neil called his original post "Share your feelings and live longer", rather than "Bottle up feelings and you'll get cancer".

Before you can share your feelings you need someone to share them with. People who are in the same boat as yourself are often the most understanding and that is why self help groups exsist. Getting angry and then being unable to express that anger (telling your boss he's an idiot will get you fired even if he is) that produces distress. There are jobs where keeping your temper is essential such as a policemen. But the hormones that are produced have to go somewhere. Best wishes

I have always thought that there is a connection between stress/anxiety/depression and cancer/heart problems. It seems from reading the above that there might be some truth in the idea I had. I have always suffered from stress/anxiety and now suffer with CLL. I wonder if the connection is direct and all my worrying has brought me something to really worry about! interestedly now that I have got something to seriously Panic about, I have finally got my act together...strange that!

This is the Daily Mail (who have a habit of making things up to suit their point of view or just fill their paper) and the end of the silly season......!!! As their source is mysterious, I suspect we should treat this with a massive vat of salt! [obviously from the salt we no longer take in our healthy diets!]

More worrying is that BBC is now taking Daily Mail stuff without verifying......the BBC cuts have really gone too far! THAT REALLY MAKES ME ANGRY!!!

ygtgo in reply to Quarry

Quarry in reply to ygtgo

Don't know if this info is out there yet, but I just wanted to share

anyone will find this post helpful, but I was called to share and grateful to find the article....

Moderate Alcohol Consumption May Not Lead to Longer Life

between dairy fats and cause of death or, more specifically, heart disease and stroke -- two of the...

Share Your Thoughts on Clinical Trials- Take Our Survey

Stomach and mood disorders: how your gut may be playing with your mind