Alendronic acid - to take or not to take? - Bone Health

Hello, I’m new on here. I have severe asthma and have been taking quite high doses of steroids since January. My gp has suddenly prescribed alendronic acid to prevent osteoporosis. I have been alarmed by the potential side effects and am wondering whether to take it, or whether I should first try to insist on a dexa scan to see if I am at risk of osteoporosis. I am 63, female and take plenty of weight-bearing exercise and have a good diet. My gp is lovely but a bit paternalistic and not generally terribly receptive to suggestions. I’d be grateful for opinions- thank you! 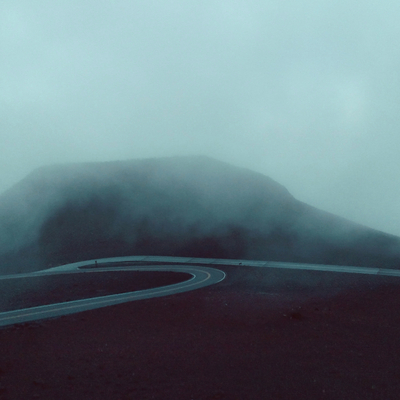 TeachKat
To view profiles and participate in discussions please or .
Read more about...
13 Replies
•

Hello TeachKat! Do I understand that your GP has prescribed AA without any knowledge of proof that you even have osteoporosis? This is unacceptable I’m afraid. You need a DEXA scan to see if it actually exists and if so then a detailed discussion as to diet, possible medication and essential supplements which you should be taking. Also if diagnosed you would need to ask for a test to rule out hyperparathyroidism which might be the primary cause. Hope this helps.

Many women are at risk of osteoporosis after the menopause years, and many are walking around with it and don't know. I too am an asthmatic (completely controlled) but have been on many course of steroids over the year too. However, since being diagnosed with Polymyalgia, high doses of Prednisone have been required. My rheumatologist also recommended I take Alendronic Acid. But like you, after reading potential side affects, I decided against. I requested a Dexa from my GP to find out the condition of my bones, that was turned down and told to take the AA. I then decided to pay for one privately (£112) but my rheumy said he would arrange one for me via NHS, which has now been done. Result, yes I do have osteoporosis. Because I thought the AA seemed rather a high dosage (70mg) my rheumy prescribed Risedronate, again once a week but this one is 35 mg. I've been taking it now for a couple of months and so far so good. It's not until we break a bone that we find out whether we do in fact have osteoporosis. Do you take D3, K2 and Magnesium ? these all help. Plus Adcal chewable calcium tablets with added D3.

Unfortunately steroids can cause bone thinning, so it's very common for GPs to prescribe AA alongside steroids as a preventative measure. I would discuss with your GP whether you're likely to be on steroids long-term and, if so, what is the long-term plan with taking AA. It's usually advised to take it for no more than 5 years, then have a break of a year or two, as long-term use can actually lead to a higher risk of fracture! It's also not guaranteed that medications like AA will prevent fracture, they simply reduce the risk. At 63, it's very likely that you have osteopenia, if not osteoporosis, because we all lose bone density from the age of around 40, on average at a rate of 1% a year, but significantly higher than that for a few years around the menopause. If you do take AA, you should definitely have a DEXA first, to give you a baseline to gauge whether the AA is making a difference. However, you should also be aware that bone density and bone strength aren't necessarily the same thing. You could work out your own fracture risk by using the QFracture tool (qfracture.org/index.php), which is recommended in the UK although rarely used (something called FRAX is used instead, alongside DEXA). You can then work out whether you're happy with the level of risk of fracture that it predicts. I tend to turn the figures around, so if I have a 10% risk of fracture, I see that as a 90% risk of not fracturing!

I believe that AA reduces fracture risk by 50%, so taking the same scenario, if you have a predicted fracture risk of 10% without meds, this would reduce to 5% with meds. You also need to be aware with all these figures that they relate to a population, as nobody can predict which individuals will or won't fracture. So a 10% risk of fracture means that 10 people in a group of 100 with the same risk factors would fracture, 90 wouldn't. Statistically you'd be more likely to be in the 90 that didn't, but that doesn't mean it wouldn't happen! And with the AA, you could still be in the 5 that did fracture rather than the 95 who didn't.

I hope I haven't totally confused you! Basically in the end it's down to your individual perception of risk, which of course doesn't answer your question, but hopefully the above may contribute to your decision making.

Thanks for the link to the QFracture tool - very useful. I've been using FRAX until now, so good to compare the two.

I've read that QFracture is considered more accurate than FRAX, despite the fact that FRAX includes t-scores and QFracture doesn't.

My result was roughly the same with QFracture and FRAX, but I did find a difference using two FRAX calculators from two different countries, which was surprising.

QFracture is designed for use in the UK. FRAX can be used in any country, but average bone density varies by race, so the average 30 year old (basis for t-scores) will have higher bone density in some countries than in others, so you need to enter the country you live in. Personally I think it should be done by ethnicity too, as if you're of a different ethnic background to the country you live in, the comparison may not be appropriate. Spanish women, for example have lower bone density (but fewer fractures) than Norwegian women! I have some Mediterranean blood (some known French ancestry, with thick dark hair and olive skin), so out of interest have run FRAX for living in Spain and come up with a lower fracture risk than for the UK. Even if inputted for France my fracture risk is lower than the UK!

Thanks for pointing out the differences, Met00. I've just been playing around with the FRAX calculator: sheffield.ac.uk/FRAX/tool.a... which defaults to the US, I see. I changed this to Australia where I live and my results are very different:

However, I was born in South Africa and lived there until I was 32 (I'm now 66). I wonder how that mix changes the fracture risk? I see the FRAX tool covers four racial groups in South Africa. It's interesting to compare Caucasians with Africans:

Not sure why the darker skin makes a difference.

Apart from race/ethnicity, presumably amount of daily sunshine (= Vitamin D3 synthesis) in one's country of residence plays a significant part in the different results. My D3 level is high (110 nmol/L) living in Perth, AUS, and my risk of fractures, according to the Australian FRAX calculator, is the lowest of the four countries. Similarly, it's interesting that when you changed your country of residence to Spain and France, you got different results to the UK. Again, I'd say it's the amount of sunshine and UV level playing a part as well as the ethnicity. So what happens to a Spanish person who moves permanently to the UK? Higher risk of fractures after a few years due to lack of sunshine?

It may be related to Vitamin D levels, though they don't directly affect the bones as far as I know, rather it's Vitamin D that's responsible for absorbing calcium, which the bones need. It's interesting that in Spain, average bone density is lower than in Norway (despite all that extra Vitamin D in Spain), yet fracture rates in Norway are higher (despite higher bone density). I think genetics may be playing a significant role here.

I misread the bit in your previous message about Spanish women having lower bone density than Norwegian women. That probably turns my theory about levels of sunshine in a country equating to higher bone density on its head! But one wonders why Spanish women have fewer fractures than Norwegian women if their bones are less dense - maybe genetics, as you say. Quality of bone is important too, and that doesn't appear to be directly related to bone density, from what I've read.

One of my GPs did the same with me just over 4 years ago. I took the AA without a second thought then gradually learned more about it and became concerned. My dentist was none too happy either as I have a long history of dental problems. I took it for 2 years and then stopped as I was getting increasing gastric problems in spite of following the instructions to the letter. Those gradually eased when I stopped.

I learned a lot from members of this forum and started taking Vitk2 along with my prescription Adcal.

2 years ago another GP wasn't happy about me having stopped the AA and sent me for a dexa scan. Results were -1.8 and -1.9 in hips and spine. He tried to persuade me to start the AA again but I declined. I have stage 4 COPD so my ability to exercise is very limited. My appetite is also poor but I am still relatively happy with my decision. I realise that this may be of no help to you at all, just telling my story.

There is a wealth of knowledge from the members of this forum as you will no doubt discover. Best wishes

Thank you all for your replies! I’ve just got home, rather exhausted, from my first day back at work since October- I really appreciate your kindness in replying- I just need a cuppa before I read your words of wisdom! 👍

Thank you lovely people for your wise words. I have my first hospital respiratory appointment on Friday next week, so I have decided not to start the alendronic acid until I have been able to ask the doctor there about it and to request a dexa scan (as well as all the other blood tests that my gp won’t arrange!). It’s not a long delay and hopefully I’ll get clear advice. Thank you again!

swallowed my first ever Alendronic Acid tablet on Sunday - having sworn never to take...

Yes or No to Alendronic Acid?

doctor puts me at high risk of further fracture and is recommending Alendronic Acid.

there I have just been diagnosed with osteoporosis of the spine and osteopenia of the hip, I have...

Newly Diagnosed and wondering about Treatments

Did anyone else react to AA