What is other peoples experience of D... - High Blood Pressu...

Among a cocktail of drugs for BP I was put on 4Mg of Doxazosin. I get a whole list of side effects which adversely effect my quality of life and my GP practice is unsympathetic. It is hard to know which of my meds or combination is making me feel this way. I have noticed in the fact sheet it states that it is normal to start this drug on a low dose (1 Mg), but I was put on 4Mg straight away. Just wondered about other peoples experience of this drug. 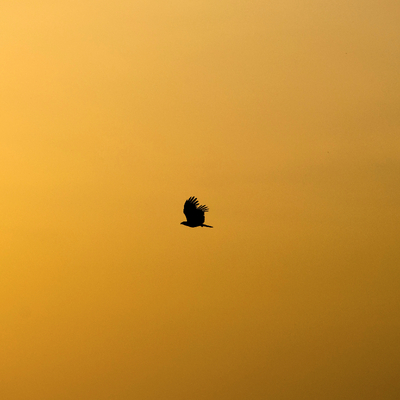 Port01
To view profiles and participate in discussions please or .
Read more about...
11 Replies
•

If I were in your position I'd start with a discussion with my pharmacist. We in the UK are lucky in that the vast majority of pharmacists regard a medicine review as part of their role. They are more clued up than GP's on drug inter-reactions.

Port01 in reply to Happyrosie

Thanks, but I tried that and was just advised to discuss with my GP so round in circles we go.

Happyrosie in reply to Port01

That’s sad. My pharmacist would have thoroughly discussed this with me. He’s been most helpful with other aspects of BP medication and wrote to my doctor with his findings, which my doc accepted.

Happyrosie in reply to Port01

Or try another doc in your practice or another pharmacist

I am on 4mg and have been for a very long time, no problems. When I started i was on a higher dose and it was only lowered to the current 4mg several years later when i lost weight and my blood pressure dropped too low.

My doctor started me off with 2mg then after a few months 4mg twice a day and I have to send in my blood pressure readings every so often. Must admit when I first started them I felt quite nauseousAs happyrosie says may be a good idea to ask pharmacist. If not is there anyone else you could see at your surgery

i was on 1 mg, it was great at first then started to feel really ill. took all sodium out of my blood, had to stop them,

I started on them at the beginning with ACE and CCB and a beta blocker, managed to drop the Dox and BP stayed the same, I didn't not get on with it, but I felt better not being on it. It seems to make my palpitations worse. Also if I had one drop of alcohol I felt dreadful on it. Which isn't a bad thing I suppose.

I was told it is not prescribed too often only in cases of stubbornly high BP, which mine was, I was lucky my consultant was a pharmacologist and hypertension expert so was able to pinpoint what drugs were affecting me in different ways quite easily. I'd persist with the doctor and ask a pharmacist as said. BP meds are a juggling act as much as science. Takes time to find the best combination for you. Everyone is different.

Port01 in reply to Thecyclist

Thanks for that advise. I have this week started to cut my 4Mg Doxazosin pill in half and am already finding I seem much more with it and alert though not as completely as I would like. I was interested in your remark about it only being prescribed for stubbornly high BP as I have never considered my BP to be like that. The highest was around 145/78 and normally averages around 132/72. Tried speaking to a Pharmacist, but in the end was just told to speak to my GP. Bit of a merry go round at the moment, but once again thanks for the reply.

Thecyclist in reply to Port01

That's what my consultant said about Doxazozin, as it's an Alpha Blocker and tends to be used when ACE inhibitors and CCB's are not doing the job well enough, I'm not medically trained so could be misinterpreting what they said so, I could be wrong.

Your BP doesn't sound too high, maybe your GP has other reasons? Also depends on other meds and doses. As said we are all different, my BP was off the scale as I ended up in a hypertensive crisis in hospital after a bike ride, high 200's over 150's or something crazy like that, pretty scary and they needed to get it down quickly so chucked the kitchen sink at me.

I was on 10mg Ramipril, 10mg Amlodipine, 2.5mg Bendroflumethiazide but this combination didnt do it yet so I was prescribed 2mg Doxazosine. I tried it for a week and gave up. The worst was heart palpitation, i could not sleep. My heart was just pounding I could literally hear it. I went to the GP practice and told them about it but they would not listen. They told me this will go away :-). Back then I was on Keto diet, I managed to lose 4 stones my BP improved so badly that i was able to ditch all tablets but the ramipril, and everything would be great if not the bloody lockdowns. Story short I put back on weight and my HBP followed. Went back to all the tablets but again ot was not enough so I visited GP again and told them I need something else than Doxazosin. It was not easy to convince them but finally Inwas prescribed atenolol 25g. So far it works perfectly. My BP went from 160/100 to 130/75 within 2 days and stays that way. I jave no side efects of the new drug so far.

Fingers crossed it will stay that way.

Visit your GP and tell them you need alternative and if they wont give it to you be persistent. Hopefully it will work for you as well.

bisoprolol 2.5mg and now they have given me doxazosin 1mg which I've been taking since Friday but...

Anyone taken Doxazosin and suffered vertigo?

issues with her bp meds and potassium levels etc. The doc put her on Amlodipine which did the trick...

I've always had a resting pulse of around 58...

Atenolol 50 mg, and now have been prescribed Doxazosin 1mg. I have just checked my blood pressure...

My experience with BP

Atorvastatin for good measure so far with few side effects.

To say that my BP was coming down...