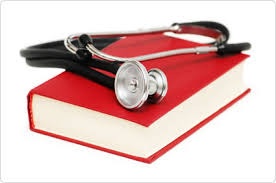 Looking BACK at my previous post RE suffering i.e lung stomach issues dose make you wonder HOW much is down to CF gene mutation carrier status.

One of my previous post i TALKED about whys my blood look like am suffering from some form of sickle cell when i looked closer under microscope.

I thought it was down to chronic lung disease GUESS it still could.

NOW given DNA results and being CF Carrier the say healthy carriers can suffer from stomach issues and forms of sickle cell according to medical dictionary.

SO why given carrier satatus should responsibility BE down to me AND what is responsible thing to do IF you meet partener and want kids and are carrier of one gene.

I look back at post AND think how much suffering i have done to get to this point AFTER all if i had not done DNA test would i be any closer to finding out proberly not.

SOMEONE with a aputated leg is predisposed to falling over SO could say they have inherant condition SO the given stick to help them stop falling over YET what help is there for carriers going threw motions of dieases that on surface is well documented BUT nothing is done.

You describe your symptoms and it's Annoying the way they look at you THEN do the most cost effective thing WHITCH is nothing BUT is it really cost effective.

Could say its a tragedy and its a tragerdy for future kids especially as they probberly knew and chosen to do the irresponsible thing WHITCH was nothing.

Yet the talk of family planing I must of mist that bit of hypocrisy when researching.

Could i be wrong given my DNA and predisposed inherent risk

Morning JAS l have just read your post and you do raise interesting points. Will the medical profession listen and take action? I have no idea but do admire your persistence with your own health problems.

Wishing you well as always. Xx👍

Hi Sassy thanks think it's case of making them really ... I spoke to my gp about being carrier and was like water of ducks back.

Nothing about passing on to kids nothing about if planing family QUITE mater of fact really was.

Am sure things are not apost to be like that.

I know most of us like to be kept informed, listened to, and appropriate treatment given, when we visit our GP or Consultant.

l admire and respect the depth of research you do, to explain the reasoning behind, and predisposition to your various conditions.

You must spent a massive amount of your time doing this.

Rightly or wrongly, no GP has this amount of time or knowledge to spend with any individual, who wants to find genetic links for all their ills, and time that NHS cannot possibly be expected to fund given its present financial constraints.

You may think this is counterproductive, perhaps it is, but that's the way it is, the funding doesn't even give some unlucky people the chance of Life saving drugs, let alone doing a DNA profile for all of us, not forgetting many people do not agree with anyone holding their DNA profile.

Have you ever considered corresponding with the Research Scientists working on the genetics of certain illness or conditions, with your theories, and findings.

You never know, you may get some answers, and they may find some of your findings beneficial in their research.

Wishing you all the best

A very good response, Velvet. As you say, there is no money for the kind of tailor made research required for this on a whole population basis, even if this knowlege could lead to better treatment than is already available for these inherited conditions. It is an infant science but it would be good for Jeff if he could link up with someone who could share their findings with him.

Hi Stillstanding velvet makes good point and you do about scientist AND that's why I post have open post as others searching snp's and what's new will see my own DNA profile errors mutations.

When I have been searching my previous post ONE with errors SNP mutations as been up there with good header.

Am sure with DNA research most discoveries are accidental and if my our chats scratching's can contribute surly that as to be a good thing WELL as far as DNA and DATA mining.

I regular ask HU or Even BLF to have DNA section as I believe is future AND why cures discovers being made could I be wrong.

Am not bothered what do with my DNA DATA as anything a say is free to use CAN package rap up DNA data EVEN put bows on it if so pleases as it think we are all contributing to sciences cures even if we don't know it.

Hi velvet55 I think most babies are tested for cf but it's optional if mothers fathers what to know.

Guess single parents and kids having kids make to easy for establishment to do nothing WELL i would be quite wrong as that's one reasons we have unchecked immigration to mix DNA pot up.

Do you already have children? Some diseases are only passed if BOTH parents are carriers of a faulty gene.

Are Typhoid carriers likely to pass on Typhoid to their descendants. How is that treated I wonder. There was a famous woman called Typhoid Mary who infected people.

If there was a woman you wanted to marry and have children with, I daresay the NHS might test her DNA.

I would not count on NHS testing her if I did meet women and who would like to be tested GUESS it's all up in the air.

But given all my test Bronchitisasas DX doctors have never said I was carrier it was found out via private DNA test.

That's why I go on given lung stomch issues as there is lack of interest treatment options.

Hi Azura no I don't have kids don't believe in kids befour marriage so always been carful.

Makes you think tho given nature of CF if that was me being carefully or being cf carrier.

Anyway am a guy and yer be loads lead in my pencil WEL that's what guys say.

Am not sure how I become cf carrier but think was from mums dad HE was a royal ordnance draughtsman but died in 40's of lung condition.

If I meet none cf carrier I could still pass it on to my kids with me being carrier.

they where carriers after private DNA test.

Is sad that you only find out after private DNA test....

was being looked at and uploaded to nhs gp file.

I pointed out asked could me being a carrier of...

UK via France and the Channel crossing so there could well be hold-ups....