Out of interest, for those who have been actually told they have FH, I thought it would be interesting to know what their cholesterol levels were before they were presumably prescribed medication.

I found I had a natural cholesterol level of between 9 and 10 over 20 years ago and have been taking statins ever since, and wondered whether I fit into this condition. Fortunately my two grown up sons have 'normal ' cholesterol levels which looks to be inherited from my wife if genetics play a part, whereas some of my relations from my mother's side of the family have also had very high cholesterol levels. 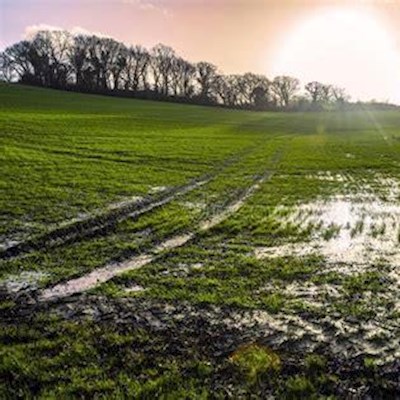 LowerField
To view profiles and participate in discussions please or .
Read more about...
10 Replies
•

Morning I was told I’ve got FH as my natural cholesterol level was between 8 and 11. I’ve been taking 20mg Artovastatin for 6 months & it’s down to 6, but have recently doubled my dose as my GP wants it down to 4-5.

After trying to do without statins first with aggressive 'lifestyle changes' and a fling with Simvastatin which didn't really work, I ended up on Lipitor (Atorvastatin) at 40mg for over 15 years or so which did get my cholesterol down to about 5 - 5.5, but then I had an NSTEMI four years ago and my dose was increased to 80mg, with a comment that I should be aiming for nearer 3, which is almost impossible for me to achieve, so I have ended up at about 4 - 4.5

I'm afraid those who claim that 'lifestyle changes' alone can bring cholesterol levels down to an acceptable level, probably led an unhealthy life to start with, on a diet based on full fat cheese and take-aways (!), rarely exercised, were overweight, and didn't have FH to contend with. Certainly in my case I already had a healthy life style before diagnosis and all that was left to me were diet changes but even then by adopting a really aggressive diet the best I ever managed was 6.5, and from enjoying good varied and healthy home prepared food my eating habits became a misery, not only for me but also for my wife who usually prepared our meals.

I was told I have FH when my total cholesterol was measured at 9.3. Of course, to believe I have FH you'd have to ignore an earlier measurement of 6. Given FH is a genetic condition, people either have it or they don't. Only a genetic test can say for certain.

That said, these were the same people who told me that it is not possible to move your cholesterol levels by more than 15% by lifestyle changes alone. Also very wrong. I moved mine by over 50% without medication.

Er - a whopping 14.5, I'm afraid! From what I can remember, after my father had his first heart attack in the Eighties (I don't think they measured cholesterol routinely then), his was around 9-10. Mine never went below 6 on statins and when it started to steadily rise towards 8 again, even with drugs jacked up to 80mg Lipitor and 10mg Ezetimibe, they tested me for FH. Even without knowing my family history, they could tell from the results that I had inherited FH from Dad's side of the family. Both he and his mother died of heart attacks, him at 73, her at 75, no one in the family smoked, both non-drinkers apart from an occasional whisky (him), both had active lives (he was a gardener by profession, she was a farmer's wife). Having already had 3 stents inserted, my family history qualified me for a prescription for Repatha injections (they're expensive and I gather not all health authorities offer them), which brought my cholesterol down to a miraculous 3.3. Obviously, I watch my diet (I've been a pescatarian since 1985 anyway), don't smoke, don't drive so I walk a lot and only drink red wine with meals, but it was the Repatha that brought my cholesterol under control. BTW, if FH is in the family, there is apparently a 1 in 2 chance of inheriting it; neither my sister nor my cousin on my father's side has it.

I also was told that I have FH and my cholesterol level was between 9 and 11. My LDL was also always high (over 5) even while taking Crestor.

I've always been fit and exercised (weights and cardio) 5-6 times a week and ate as healthy as possible while taking Crestor but my cholesterol levels only reduced by 10-15% while my LDL didn't budge.

3 years ago at age 36 I had CABG x3 and 7 months after that I had 2 stents fitted. That's when they started me on Repatha injections. Since then my cholesterol has dropped to 1.89 and my LDL to 0.26

Wow, Zolabi, that's an amazing result from the Repatha injections! I guess we're lucky in that (my consultant tells me) there is a lot of research being done into FH at the moment.

I was and still am shocked by the results. While on statins + exercise + healthy diet my total cholesterol drop was minor and my LDL wasn't affected. Like you said there's a lot of research into FH which gave us drugs like Repatha.

I know, I was too. But as one doctor said to me, I was lucky, because I experienced angina, which was the red light that led to treatment. Sadly, I believe some of the sudden deaths one reads about in young, apparently fit and healthy people are due to undiagnosed FH. So I tell myself I'm one of the lucky ones!

My son has FH. It was very high when discovered in a routine medical for his job. Medication helped him. Then he decided to take alternative remedies instead. His cholesterol was even higher so he’s now on statins for life.

It is important to consider asking your GP to refer you to a lipidologist ( a specialist in cholesterol) or ask to have a genetic test to see if you have FH if: 1) your total cholesterol is greater than 6.7mmol/L or LDL cholesterol is greater than 4mmol/L AND you have a family history of premature heart disease (below the age of 60years for close relatives). This is important as your close family members (mother, father, siblings and children) can also be tested for the faulty gene and if identified, treatment (usually statins in the first instance) can be started earlier, greatly reducing their risk of having a cardiac event at an early age. Have a look at these two pages:

diagnosed with FH [my cholesterol was 11!]. I assume I inherited the condition from my father who...

smoke. I have had some annual routine blood tests and my cholesterol is very high now. I have to...

High cholesterol or not?

readings are showing a red flag. I'm very active and have a healthy low-carb diet. Should I be...

told I have to take statins as my cholesterol is high. Just another tablet to add to the heap. I...

﻿RIP My Left Leg - Gone But Remembered Every Day