Aflutter and AF and also 3 holes in heart caused by 4 abaltions which haven’t worked. Pacemaker put in as I also have a heart block so couldn’t go on medication because I have long sinus pauses. Now I am on beta blockers for 3.5 weeks and having real problems: bad breathlessness on little exertion, swelling of feet and ankles and real exhaustion and feeling pretty wrecked most of the time. My GP is testing me for heart failure but these bad symptoms only came on when I had been taking the beta blockers for for about 10 days, of course still taking them

Has anyone else had problems like this with beta blockers?

Surely after all the X-rays ecgs etc I have had in the last 6-8 weeks heart failure would had been spotted?

Any help of this would be so appreciate 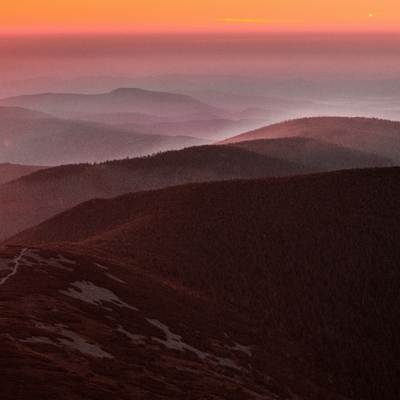 shwills
To view profiles and participate in discussions please or .
Read more about...
16 Replies
•

Well you've certainly been going through it, I'm sorry to hear. Heart failure will not show up on x rays or ecg's. Usually diagnosis is done by a blood testing for your BNP level & or echocardiogram/MRI. Have you had any of these tests, if not will the GP be arranging them for you? Beta blockers can slow you down which could cause the breathlessness & ankle swelling, though both of these can also be indicative of HF. Has your GP considered lowering your beta blocker doseage or maybe changing you to a different one. Many years ago my husband was put on a beta blocker he couldn't tolerate, couldn't breath & could hardly walk. Took them 20 years before they tried him on them again, he's now on a low doseage of bisoprolol & tolerates it very well. Finally, if you are found to have HF don't despair, it really isn't a death sentence. People can & do live fairly normal lifes & life spans these days with the right care, meds & lifestyle. My husband has had HF since at least 2012 and he's doing very well

It’s a comfort to know that beta blockers can have this effect as its just so strange it has only happened since I have been taking them, I do get breathlessness with my heart conditions but not like this or the utter exhaustion

Sorry your husband as HF but good to hear he is doing well. If it is HF I will think of your reply and be positive.

I have had many echo’s but not in the last year had one about a year ago, as for blood tests I had a stay if 5 days in hospital and nothing said then, also I saw my consultant May and I mentioned to him about HF and he dismissed it

Read the leaflets that come with your medications to see if they are causing your problems (side effects). You could also talk to a Pharmacist about them.

Hi shwills, beta blockers are standard treatment for HF as they are so good for the heart. Yes, they probably can worsen HF but the risk is minimal. Patient information leaflets are so scary at times. I remember when my husband had his heart attack & all the medication he was on said could cause heart attack, used to worry myself silly about it. His HA was 21 year's ago and he's never had another.

Hi Shwills, I suffered all those symptoms on BB,s, tried to ride the storm, hoping that once my body was used to them I would get back to normal, but it just got worse. Told my GP how I was feeling, not knowing it was the BB, and he put the dose up from 2.5 to 5 mg, and I didn't have the energy to even walk my dog. I kept taking them until I went to cardio appointment and was told to stop taking them and it could take up to 2 months for them to leave my system, but I was back to normal within a week. I too have had an ICD fitted in 2016, and my pacing checks have been in acceptable range. Quality of life is very important, so speak to your cardiologist as soon as you can, they are the experts. In the meantime take it easy.

Thank you knowing someone else had the same problems is so helpful. Glad to hear you are pretty steady now

You really don’t know whether it’s just you feeling awful. I am on Flecanide a few years ago until they had to be stopped because of long sinus pauses, I haven’t been on beta blockers before so didn’t know what to expect.

When my mum was pregnant with me in her 20s she had toxaemia which caused heart failure. She lived for 50 more years with it and apart from slight breathlessness walking up long inclines, never had any problems.

Oh that is old money Qualipop I haven't heard pre eclampsia being called toxaemia since I was in knee socks!

There is also peripartum cardiomyopathy which causes heart failure too during pregnancy and shortly after a woman has given birth.

That's what it was called in the 1940s. She didn't just have pre eclampsia ( I did) ; it developed into full blown toxaemia (eclampsia) and organ failure. Her sister also developed it and died. Even though I had pre eclampsia it was bad and I was kept in an induced coma for a week after the birth

Symptoms sound like heart failure but can be exacerbated by the dosage of the beta blocker. What dose are you on? Can you ask your GP to reduce your dose?

Im on the barest minimum dose of 1.25mg pd of Bisoprolol. I was started on 5mgs and have twice had the dose halved. Original symptoms of dizziness, tiredness and feeling sick reduced each time dose was reduced. Ankle swelling and wheeziness persisted from heart failure but that’s now well under control with diuretics.

As I say I have not been diagnosed with HF

I have a whole host of other heart problems so HF would be a shock especially as these symptoms only came on with taking the beta blockers I am on 2.5 day been on them for 3.5 weeks only and they are supposed to be raising to 10mg

I would suggest you talk with the doctors and ask to have dose reduced rather than increased. The intention had been to increase my dose, but because I was so tired, dizzy and lightheaded on 5mgs pd the dose was reduced first to 2.5mgs and then to 1.25mgs pd. the cardiologist’s belief is that a Little Bisoprolol is better than none - so long as I can tolerate it.

Water retention sounds as if it might be beginnings of HF. I’m still on diuretics for that and likely will continue. Weaziness has gone though and i can sleep flat.

I don’t have problems breathing laying down, the breathing problems are after doing things like housework etc and this is only a bit at a time and also walking small distances or trying to walk fast and feel pretty exhausted most of the time

As I said it’s only since the BB’s

Thank you for your reply’s and help

I had a bad reaction to it, and can only think its because it lowers the heart beat and in my case it ussually beats at 50, and on tablets went down to 42.

I actually went to the hospital when I started metoprolol because I could not breathe. I had lots of trouble getting used to this med but I had just had a heart attack and a stent. I have been on it for 19 years and weaning off now due to very slow heart rate

Heart failure can my beta blockers be the cause?

only had the pacemaker put in 8 weeks ago and been taking beta blockers Bisoprolol for 4 weeks and...

Alcohol while on Beta blockers..?

Hey all, I was put on beta blockers about three months ago due to very high heart rate, a small...

If you are advised to drop a beta blocker dose in half can you do that straight away without...

Side effects with beta blockers

diagnosed with heart failure following chest pain. It wasn’t a heart attack and I’ve since had a...

I've been feeling since I had my stent op last March, he told me to stop taking the beta blockers....