Dear all, I just need a bit of advise.

I had my mitral valve replaced on the 8th of November and I am on warfarin for the rest of my life.

A part from week 2 after surgery, my INR is never been in the desired range.

At the beginning maybe because I was taking antibiotics due to a chest infection, but now is over a month i am not taking anymore antibiotics and it is still not in range. It should be beteween 2.5 and 3.5 but sometimes goes even below 2 and the highest it ha been is 2.2

I know that with some ppl it rates time, but mine seems going lower when I take a bigger dose of warfarin

At the moment I am taking 11mg daily.

Has anyone in this forum experienced anything similar?

I also heard about a different type of warfarin called Sintrom.dit anyone tried it?

Thank you in advance for your help 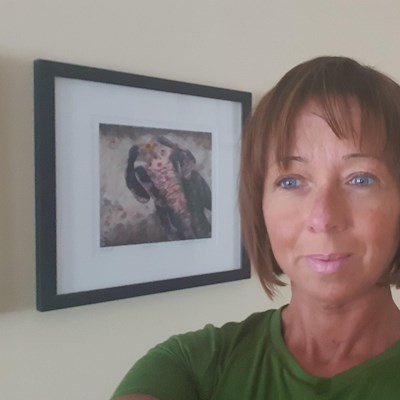 Rosanna75
To view profiles and participate in discussions please or .
Read more about...
14 Replies
•

Rosanna75 in reply to Ruffio

Hi and thank you for you message.

I am under the anticipation clinic.

My main concern is that as they increased the warfarin my INR is going down.

I have expressed my concern to them but they are just keeping increasing.

I know it can take time but I was under the impression that if they increase the warfarin the INR should go up or at least stay stable.

In my case it goes down.

I left hospital that I was in range and since I have been under their guidance I am not in range anymore.

Just wondering if this has happened to other people as well.

I am.keeping the same diet...I am vegeterian and aware of the vitamin k.

Hi, not to depress you but after my AVR it took 18 months to get my levels stable, mainly dropping to 1.5 from time to time but it will not kill you honestly, l know its a worry. l then had a breakthrough by eating loads of fresh sprouts and spinach which hired my INR everytime with the help of warfarin. Hope this helps. Sue.

Rosanna75 in reply to kefalonia1

Hi Sue, thank you for your message

In regards of what you said about eating sprouts and spinach, I was under the impression that food very high in vitamin k would work against warfarin and would make your blood cloth.

I assume your INR was very tight at that time.

Hi I was on warfarin for couple months in 2011 after stenting, found it a bit of a rigmarole being tested, then my cardiologist said I was too young for warfarin (51) Recently had quad bypass and didn't want to go down warfarin route again, so I insisted on alternatives, and I now take pradaxa (dabigatran) twice daily, with no ill effects and testing.

Rosanna75 in reply to Gooner045

Hi and thank you for your message

Unfortunately with mechanical valve I was told that I can only take warfarin or something based on warfarin.

I heard of these fantastic anticoagulant that only require testingbonce a year and that don't interview with food.

Unfortunately they are not yet reccomended to ppl with my problem but maybe one day they will.

I too am on life long warfarin, it took a good eight months for my INR to settle down. It was nearly settled when I then saw my cardiac surgeon and he changed, lowered my target INR and we had to start again. Very frustrating.

At my GP practice, you phone in with your result to the practice manager who matches your result with an algorithm they work with. If there are any queries they speak to the GP. In the beginning of this journey I was having tests twice a week but recently I have been able to go ten weeks between testing.

It sounds like you are doing a good job diet wise. I am not vegetarian but do eat loads if veg. I still eat green veg but am careful with portion sizes. Alcohol is another thing to watch .

Hopefully as your general recovery and activity improves your INR will start to settle too but it does take time. There lots of comments on this forum about this subject which you may find helpful. You will also read about self testing, I now do this with the support of the practice and it really works for me but does not suit all.

Good luck with your recovery.

Rosanna75 in reply to Mary_Janet

Hopefully it is just a matter of time and everything will fall into place.

The main thing is that I am recovering well and peraphs the warfarin will be the only challenge at moment.

It helps knowing that other ppl found it hard to reach the range as it feels you are not alone.

I do travel a lot, so I don't want any limitation on that and by having the machine it would be much easier.

You mention Sinthrom. I know it well. it is also called acenocoumarol and is very popular in countries such as France. Forget it. This form of anticoagulant has a shorter half-life and it is much more difficult to take to be stable.

I was told that it is a stronger warfarin but that works in the same way.

I know that is very popular in Italy too.

In which way is more difficult to take ? And what do you mean by having a shorter Half-Life?

There is a relationship between the two, so that a really skilled doctor can switch you between the two. This is well documented. Roughly, 2mg sinthrom = 4mg warfarin. There are problems with tablet size, which affects those taking low doses. Warfarin conveniently comes in sizes as low as 0.5mg. Conveniently, because for some people, a dose change of 0.25mg is enough to make a difference between in-range or out-of-range. In Britain, sinthrom only exists in 1mg sizes.

A half-life is one of the technical words used to describe how quickly a chemical stays in your system. it is not the only factor considered when dosing. In addition, with drugs, there are often several half-lives involved.

To simplify. When there is a long half-life, then day to day changes are slower, more sluggish. When there is a short half-life, you have to keep topping up more often. Some patients on sinthrom have to take it twice a day in order to stay stable. Warfarin patients take it once a day.

Doctors in Britain are highly unlikely to switch you to sinthrom.

I really thank you for all the informations

Thank you again for your precious help.

Hi Rossanna. I had 2 valves replaced (Mitral and Iortic) with mechanical ones in 2002. The op was done in France where I live. I have been on 20g of "Previscan" (which is a similar med to Warfarin). My INR range is 3-4.5 INR, which is constantly fluctuating, even though my diet is kept pretty much the same. Although I have noticed that during summer months, I need to up the dose probably because on tends to eat more salads based meals.

As you are a vegetarian I would imagine that your basic daily dose should be higher than the 12mg that you state. Previscan like Warfarin is a fairly slow acting anti-coagulant, therefore it does take some days for the dose change to come into effect.

I have now settled on a fortnightly blood test (undertaken by our village nurses practice).

I also occasionally do my own "self test", using the "Coagucheck" machine which I bought privately, (luckily, the test refills are now paid for by the Social Security in France).

This has made an enormous difference to my peace of mind.

Speak again to your Anti-coagulant specialist explaining that you are a vegetarian.

Thank you Mike for sharing your experience.

It is always great getting to know ppl stories as you can relate and find good tips.

At the clinic they are aware that I am vegeterian...finger crossed it will be in range soon

I am on warfarin for life and i keep getting a feeling that i don't want to be taking them. i know...

What are people view on warfarin?as I have to go on it soon after my op!do people have a lot of...

How long does it usually take to get your inr up to what it needs to be. I am on my fifth week and...

Does anyone take long term antidepressants that help with sleep that don’t interfere with warfarin...

thoracic aortic aneurysm, that my aortic valve needs replacing and the surgeon has strongly...